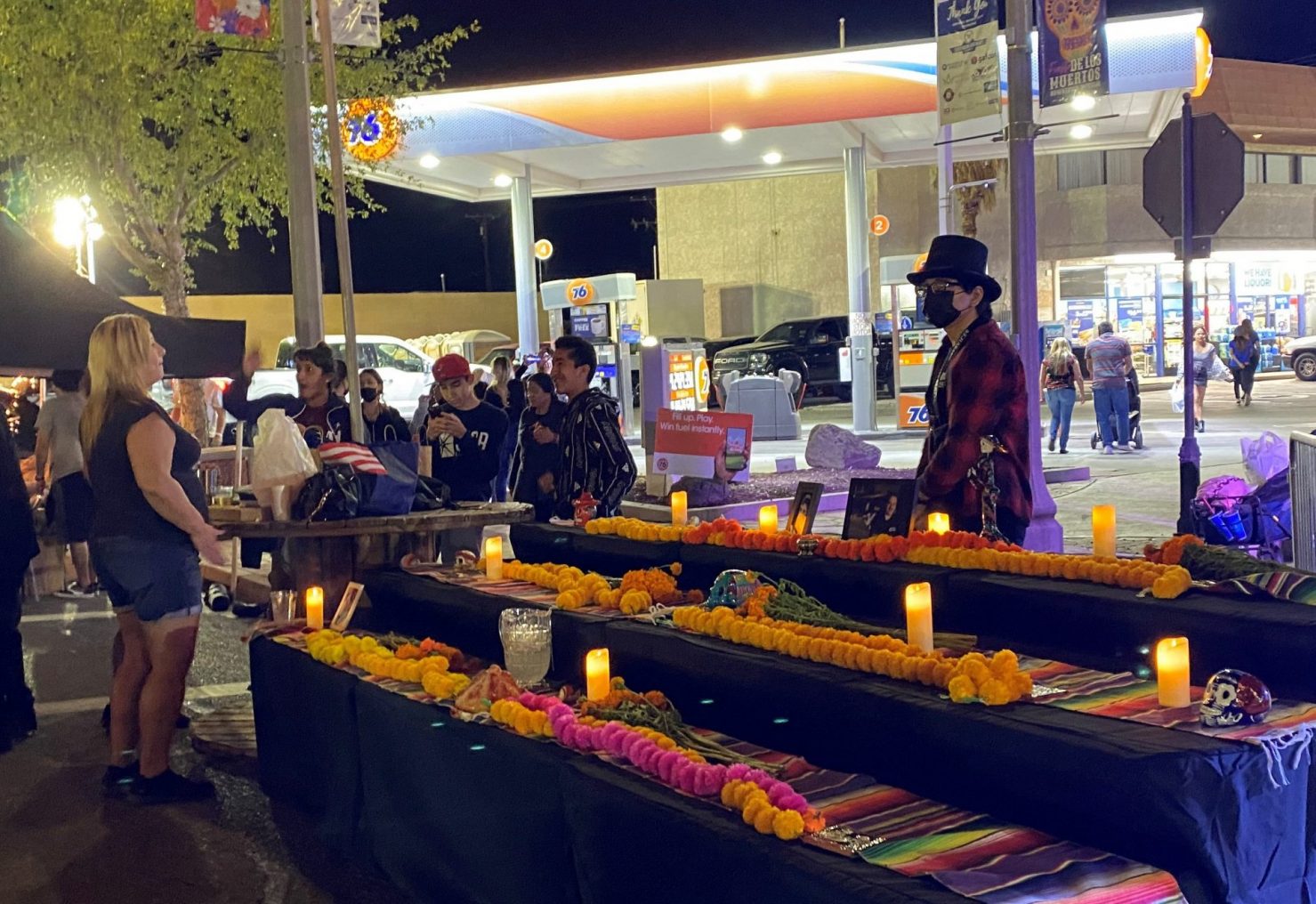 A community ofrenda, or an altar decorated with sugar skulls and Aztec marigold flowers to honor Día de los Muertos, was erected at the first Imperial Market Days event of the seasons so that family and friends could joyfully pay respects friends and family members who have died. The theme of Saturday evening, Oct. 23, was Fiesta De Los Muertos. | MARCIE LANDEROS PHOTO
Home
Regional News
In Regional News

IMPERIAL — To honor the traditions of Día de los Muertos, the city of Imperial created a community “ofrenda” decorated with Aztec marigolds and other supplies so members of the community could honor their lost loved ones together.

The city of Imperial’s first Market Days event of the season, Fiesta De Los Muertos, brought the community to the downtown on Saturday evening, Oct. 23, to celebrate life and those lost to the COVID-19 the pandemic.

“This is the first one we’ve had in two years, so it’s in honor of Día de los Muertos, or Day of the Dead, to commemorate those we’ve lost,” Mayor Karin Eugenio during the event. “And it’s very significant, considering what has happened in the last two years. It’s amazing to be together after all this time apart, (with) what we’ve been through.”

Día de los Muertos is a multi-day celebration originating in Mexico that involves family and friends gathering to joyfully pay respects and to remember friends and family members who have died. Associated with the Catholic All Saints’ Day and All Souls’ Day, it is celebrated on Nov. 1 and 2, when home altars, or ofrendas, are decorated with calaveras, or sugar skulls, and marigolds, and the favorite foods and beverages of the departed are taken to graves and gifted to the deceased.

Leticia Garcia, an 86-year-old Calexico resident who attended with her son and his family, was overwhelmed by the respect the Imperial gave to her traditions.

“We can’t leave the sugar skulls we painted on the community altar. I love it, but we can’t. I lost my sister this year, and when we were painting them, I told my grandchildren about all the trouble we would get into. We decided to take them home and put them on our altar at home,” she said.

The festival was not limited to just the altar, but featured costume contests, kids’ crafts, artisanal vendors, a food court, a family fun zone, a classic car show with cars from around the Valley, folklorico performances, a screening of Disney’s “Coco,” and performances by the Como La Flor Band, a Selena tribute founded in 2011 in Holtville.

“We are really excited to be here. It’s good to be out like this after all this time, and we always try to come and support Imperial events and activities,” Imperial resident Marissa Castillo said as her 6-year-old daughter, Joeli, did crafts at the city’s Community Services booth.

The Imperial Valley Regional Chamber of Commerce partnered with the city to provide drinks for the rest of Market Days season to showcase its members’ food and drinks.

“We have a kind of a beer garden with a spotlight of two of our members, Alford Distributing, and D’Poly Taqueria. We’re doing two craft beers and one wine option,” said Mia Hernandez, director of sponsorships and events for the regional chamber.

“We’re also here to give a little bit of spotlight for upcoming events. So, it’s just we’re trying to bring more attention to the chamber and show the support to the community and kind of do something that they can get involved with as well. But we’re just trying to make it a little fun.” 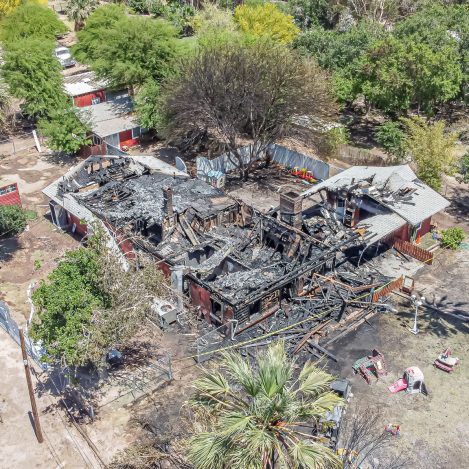