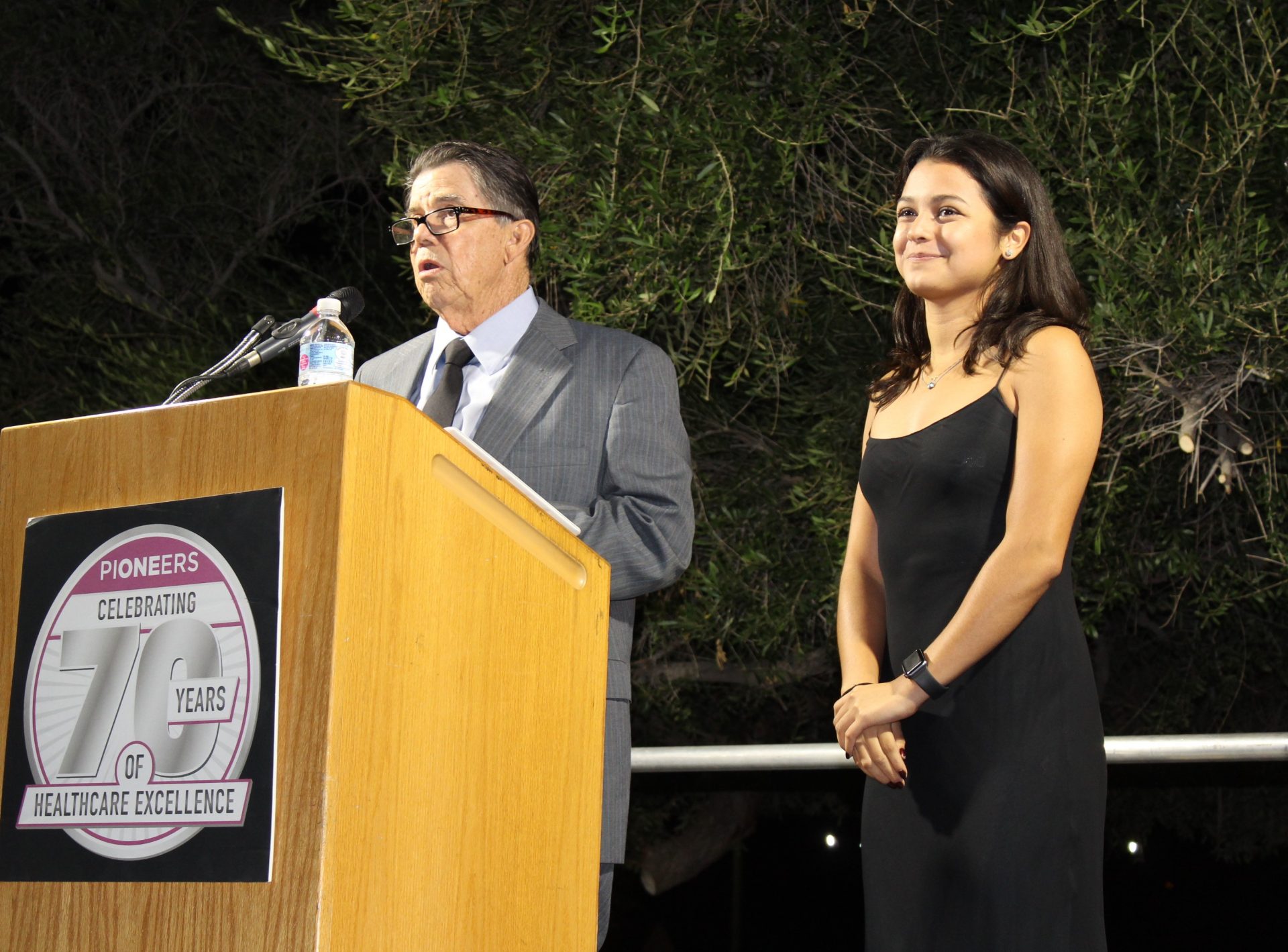 BRAWLEY — The past 19 months have been difficult for most students, but for 17-year-old Bella Rebollar it was especially tough.

Due to pre-existing health and breathing issues, she was confined to her home and stayed indoors during the heights of the pandemic, bedridden at one point and unable to get herself up.

“Painting was something that really got me through it because it relaxed me,” Bella added.

The talented young artist whose works have been auctioned at various local fundraisers was honored on Thursday night, Oct. 21, at the Pioneers Memorial Hospital Foundation Gala in Brawley with the Jack and Eunice Award, which is given to the most accomplished young artist of the evening.

Recently Bella has emerged from the fog of the pandemic and used painting as a form of therapy. Using art as therapy is a career path that she is considering for herself.

Going into D.S. Art Studio in Brawley, Bella’s most ambitious project to date can be seen over a back wall, a large yellow, orange, and blue octopus with its tentacles curling along the wall and around the doorknob to the restroom.

The octopus was born of a need for relaxation and peace, she said.

With the guidance of her family, her teacher Debbie Smerdon, and inspired by the world around her, Bella has been painting whatever strikes her fancy since she was 7 years old.

Her therapist had recommended doing something spontaneous to lift her spirits. So, she turned to what she does best — painting.

When Bella brought up the idea to Smerdon, she told Bella to just paint one of the walls in the studio. She was given a key and told to have at it once inspiration hit.

It was daunting to paint a whole wall. In fact, it was a bit overwhelming, Bella said. But as she got into it, she was able to lose herself in the process. Inspired by the location of the studio wall, her focus became getting the shape of the big octopus right, the colors right, adding touches here and there, being unsatisfied with what she had painted but being relaxed.

“I wanted to do something that when people saw it, it could put everyone in a good mood,” she explained.

For six months she toiled at the wall, and when she had the feeling that it was done on Aug. 26, that was the only time she stopped.

This is not her first public piece, only the biggest. Bella has had her paintings on display at the studio and even sold some in the form of postcards, something the D.S. studio does with former students and others artwork. Bella has had three paintings turned into postcards including her personal favorite, a piece featuring a back street in Quebec, Canada, from a photograph of her mother’s.

Already she has friends and family who have picked up her postcards at the studio to promote her work. She’s said they plan to keep the little cards so they can have a piece from her humble beginnings.

More recently one of her paintings was part of the silent auction during the Imperial County Office of Education’s Autumn and the Arts event. Her painting of a pair of cows, “Las Vacas Bellas,” sold for $200 that night

Bella also donated a painting to the Pioneer Memorial Hospital women’s auxiliary auction a couple of years ago. That painting, titled “Vaca Bella,” went for $2,300, an amount that still shocks her today.

She entered a piece to auctioned at the PMH Foundation Gala, a piece featuring a bowl of avocadoes and something she figures a person will want to hang in their kitchen.

“When I know that other people enjoy my paintings and want to buy them, it’s kind of like, ‘Whoa, am I really that good?’” Bella said. “It’s like a reassurance that this is really something that I am good at and that I can make a career into it.”

She plans to pursue art into college, already eyeing the University of Los Angeles’ art program in the future. Bella said she would like to take her skills into the world of animation or graphic arts. If unable to get into an art program, she says she is likely to seek a degree in psychology with an art minor and plans to apply that to art therapy.

So far, her octopus has been a hit at the studio. The brightly colored cephalopod has drawn the eye of Smerdon’s younger students and has made them starstruck whenever Bella comes into the studio.

She hopes that when they see it, they are inspired to keep going with their own art.

“I did that project, I’m happy with it,” said Rebollar, “I just love seeing when someone enjoys it.” 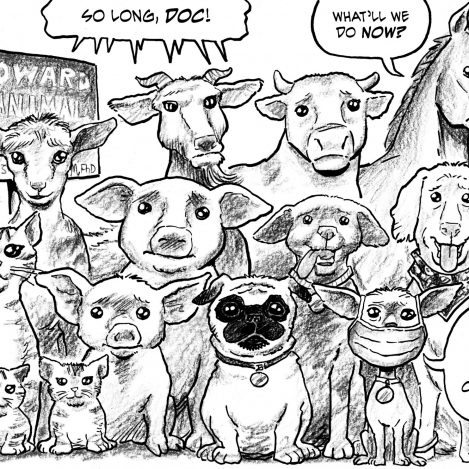