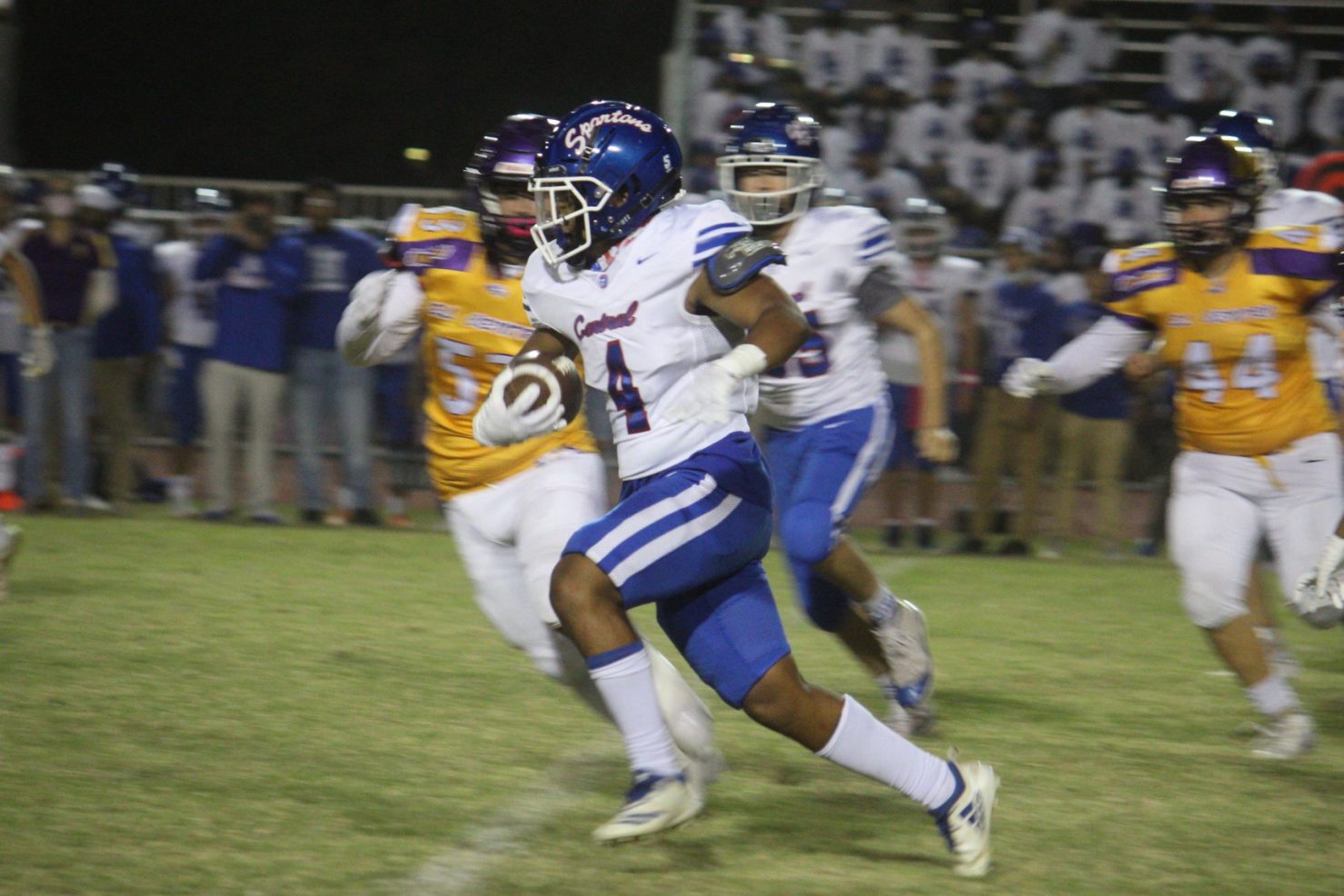 Central Union High’s Deryian Nelson runs with the ball during the Spartans’ 42-0 blowout of the Southwest High Eagles in the El Centro City Championship game on Thursday night, Oct. 21. This was the third straight City Championship and the Spartans fourth consecutive win this season. | MEGAN JONES PHOTO
Home
Sports
In Sports

EL CENTRO — After a two-year hiatus, the El Centro City Championship rivalry between Central Union High and Southwest returned on Thursday, Oct. 21, with the Spartans shutting out the Eagles, 42-0, at Southwest High.

The third-straight City Championship win puts Central (5-4 overall) in a tie with Brawley Union High (7-2 overall) at 3-0 in the Imperial Valley League as the two teams will decide the league champion at the annual Bell Game, set for Cal Jones Field on the Central campus at 7 p.m. on Friday, Oct. 29.

Against Southwest (2-7 overall, 0-3 in IVL) on Thursday, the Spartans jumped on top 21-0 after the first quarter and never looked back.

The Spartans tacked on two more touchdowns in the second quarter to open a 35-0 halftime lead. Rodriguez connected with junior Charlie Sullivan for a 48-yard touchdown pass and Estrada added a 66-yard rushing touchdown to his big night.

Up next for the Eagles is the annual Johnny Romero Firemen’s Helmet game against Imperial, set for 7 p.m. Friday, Oct. 29 at Shimamoto-Simpson Stadium in Imperial. 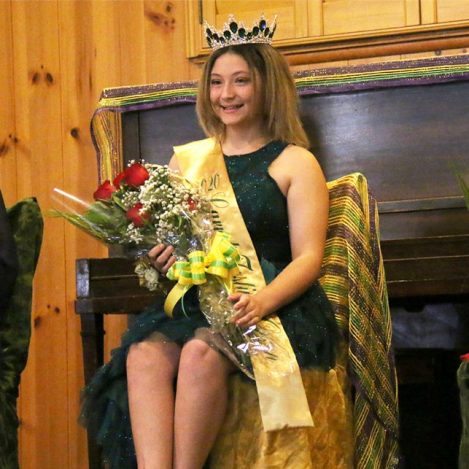