IMPERIAL COUNTY — The following reports were collected from the Imperial County Sheriff’s Office call logs from Oct. 12 through Oct. 18. Holtville substation logs are included at the end.

4:57 p.m.: Deputies responded to reports of a trailer on fire next to a residence on Sea Haven Avenue in Salton City.

9:31 p.m.: Deputies responded to a possible burglary in progress after a resident of Shore Hawk Road in Salton City reported hearing a person moving around in their garage.

6:13 a.m.: A subject at the Rancho 86 Restaurant in Desert Shores reported that somebody was trying to break into the business.

7:37 p.m.: A resident of Sagebrush Avenue in Ocotillo called deputies to complain that a man on a bicycle was barking at his dogs.

11:55 a.m.: A man flying a drone in the area of Alley Way in Palo Verde reported that a woman shot at him multiple times. The man told dispatchers that he was not injured and had not been trespassing at the time of the incident.

1:33 p.m.: Deputies responded to reports that a big-rig carrying hay had been involved in a rollover accident near the intersection of Orchard Road and Interstate 8 outside of Holtville.

3:59 p.m.: Deputies responded to a fire at an abandoned two-story residence near the corner of McCabe Road and Sperber Road outside of El Centro.

5:21 p.m.: Deputies responded to a medical aid call in Heber after a 57-year-old man fell from a roof.

8:33 p.m.: A subject in the Niland area called deputies to report finding a 155mm rocket launcher reading “explosives” on the side.

9:10 p.m.: An employee at the Ocotillo Express Wind Farm in Ocotillo called deputies to report hearing somebody in the area shooting semi-automatic rifles and handguns, possibly targeting the wind turbines. Deputies were unable to locate anybody in the vicinity.

9:24 p.m.: A resident of Bell Court in Salton City reported hearing a “combination of gunfire and pipe bombs” coming from inside a nearby residence, home to a family of five.

9:33 p.m.: A resident of Pelican Island Court in Salton City called deputies to report that somebody had been tapping on her windows and she was concerned for her neighbors in the area.

2:32 a.m.: A caller near the intersection of Harrigan Road and Dearborn Road outside El Centro called deputies to report that he had been riding his bicycle and “some kind of animal” had been chasing him and he “jumped a fence into a compound” and needed assistance to get out.

8:23 p.m.: Deputies received reports of shots being fire during an argument between two neighbors on Highway 78 in Palo Verde.

7:39 p.m.: A Walnut Avenue resident reported a chihuahua and German shepherd fighting in the area.

10:18 p.m.: Deputies responded to the 7-Eleven store on Fifth Street after a subject refused to leave the business

12:48 p.m.: An unknown suspect shattered a car window and stole a purse from a vehicle in the parking lot of the Dollar General store on East Fifth Street while the owner was inside shopping.

2:36 p.m.: The California Highway Patrol advised deputies of a white big-rig truck with smoke coming from the top near the intersection of Fifth Street and Cedar Avenue. CHP advised that the driver may have been unaware of the problem.

8:51 p.m.: A resident of Chestnut Avenue reported hearing two females screaming and beer bottles breaking in a nearby alley.

9:17 a.m.: Deputies responded to reports of a storage unit on fire at a business on East Fifth Street. 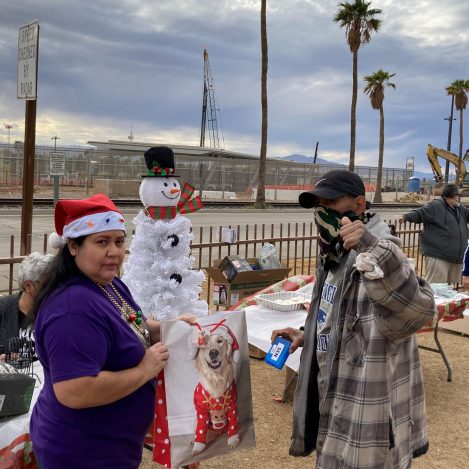