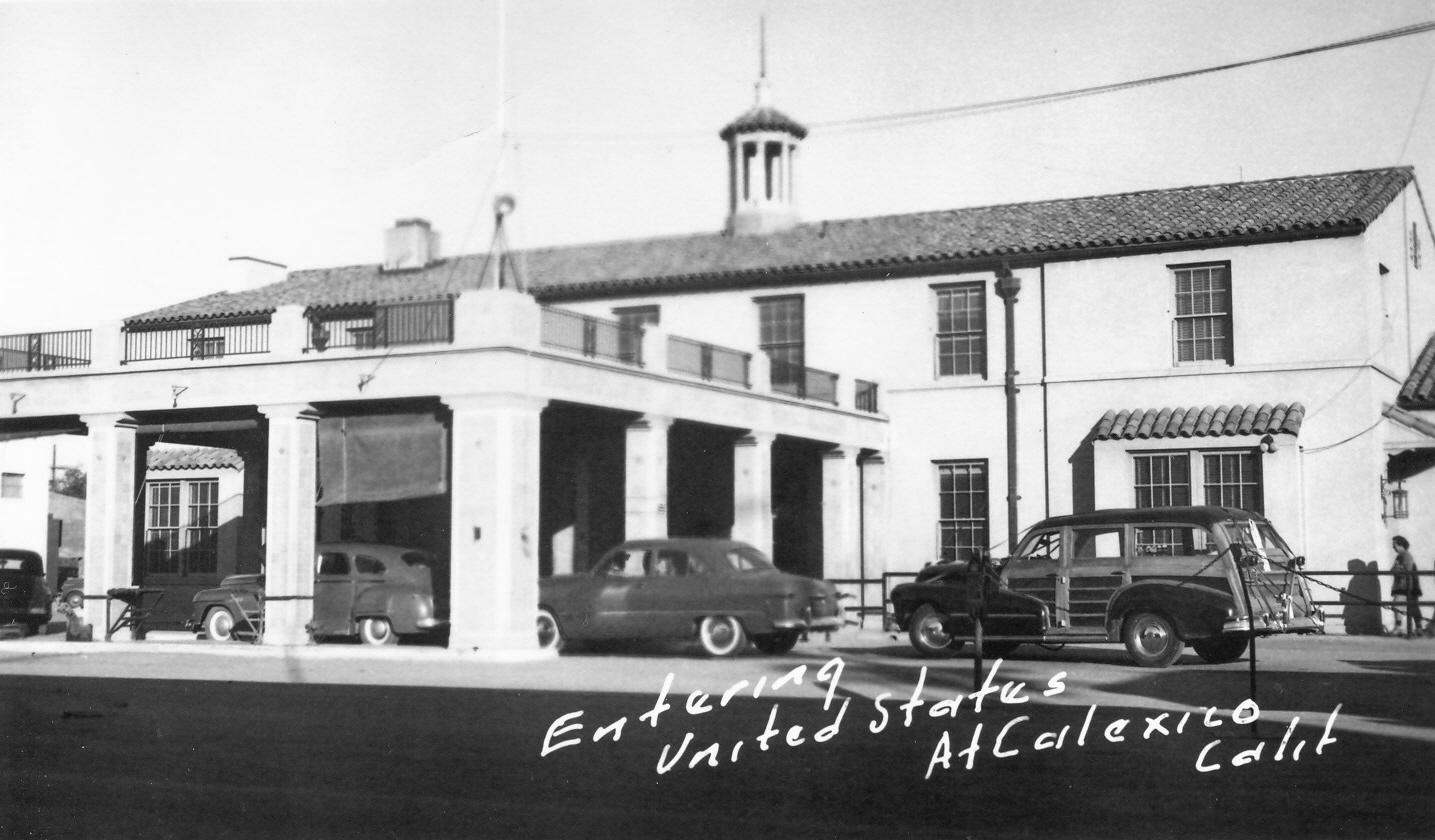 The historic “customshouse” built in 1932 on First Street in Calexico was the forerunner to the downtown port of entry. The building was used in some capacity until 1974. | PHOTO COURTESY OF MICHAEL BALLARD
Home
Featured Stories
Share

CALEXICO — The history of how Calexico grew from a tent camp at the turn of the 20th century to a vibrant border city is a tale that for many residents likely remains unknown or underappreciated.

But that could change thanks to a proposal by the nonprofit Calexico Arts Council to have a series of easily accessible and affordable books written about the city.

Currently, the council is seeking proposals from experienced writers and historians to author what would potentially be the first of four books that would cover the city’s storied past and present.

“There’s never been a published book about Calexico written, as far as we know,” Arts Council president Carmen Durazo said.

As envisioned, the proposed series of four books would range from about 100 to 150 pages each and would incorporate a lot of photos to help tell the story of the city’s inhabitants and development.

The contents of the four proposed books would be divided into different eras, with the first installment covering the city’s founding through the 1920s, and each successive volume focusing on 30-year periods.

“If we’re successful with this (first) book and selling it, we can them move on to the other stages,” Durazo said.

Ultimately, each book’s contents would largely be left to the discretion of its selected author, who is expected to provide the Arts Council with a detailed description of their writing proposal as well as estimated compensation.

Particular attention will be paid toward those proposals that make an effort to be inclusive of gender, race and ethnicity.

“I would love to be able to include the many ethnicities in the Valley who made us who we are today,” Durazo said.

The idea to publish a history book about Calexico had initially occurred to Durazo in 2008, during preparations for the city’s 100-year anniversary of its incorporation.

“It’s an old idea,” she said. “Nor am I the only one who thought of it. Many people in the community also wanted the same.”

Though the idea was shelved at the time, it resurfaced recently within the city’s Arts and Historical Commission, of which Durazo and Calexico native and photojournalist Jimmy Dorantes are members.

The pair were tasked with looking into the proposal and were soon advised by city officials that the cost of the project would likely be a prohibitive factor for the city, Durazo said.

At that point, the proposed project was handed over to the nonprofit Calexico Arts Council, whose board voted to support the initiative. The council has since been able to raise funds for the project through donations from the Imperial Irrigation District and the county.

“If the city still would like to come back and collaborate, they are more than welcome,” Durazo said.

Instead of defining what compensation would be provided to the selected author(s), the Arts Council are requesting that prospective authors submit writing proposals that include a detailed budget and suggested compensation.

We don’t know how much the book costs yet,” Durazo said.

Additionally, applicants are asked to submit a resume, two references and at least three writing examples. Writing proposals can be submitted to the Arts Council starting Nov. 22 and through Dec. 3 by emailing Durazo at carmendurazo1@yahoo.com

From those applicants’ proposals, three individuals will be selected to be interviewed by Arts Council representatives. The council is scheduled to announce its selection on Dec. 20. The author’s research is expected to be submitted to the council in three stages, according to dates established in its contract with the selected author.

Each successive book may involve a different writer or include a previous project participant, Durazo said. After they are selected, they will be invited to meet with the community in a public setting so that community members can provide narratives that could potentially be included within the four-volume series.

The Arts Council is not expecting the series of books to be solely comprised of text and are anticipating that photographs corresponding with the series’ different time periods will be included, as well.

“We want to make sure that it’s people who have already written,” she said. “We don’t want somebody who’s going to take two years.”

As a former educator and lifelong Calexico resident, Durazo said she is constantly thinking of ways to teach youths about the city’s colorful and unique history. The proposed book project could potentially address that concern, as well as meet future statewide ethnic studies requirements for high school students.

“We would love it if our school kids at the high school level could read about their beginnings here,” Durazo said.

The council will also work with a translator to have the books translated into Spanish.

Though much has been written about the Imperial Valley since its founding, Durazo may be correct in assuming that to date no volume has been solely dedicated to the history of Calexico.

The city’s unofficial historian, Carlos Herrera, previously had published a book that included historical narratives about the city and its inhabitants, though it was not a formal history book, Durazo said. That book was printed in limited numbers and is not readily available today.

“We want something more formal and more accessible,” Durazo said.

Among the first to write formally about the city’s history was Margaret Romer, whose “A History of Calexico” was published in the Annual Publication of the Historical Society of Southern California of 1922.

Romer’s essay is an in-depth 46-page account that spans from the city’s original founding in 1900 as a land grading camp up until to 1922, when it transitioned over to its current form of government, which includes the position of a city manager.

It praises the “dauntless character” of the Valley’s original pioneers for their efforts in developing the region and makes a few passing references about some of the Mexican, Chinese and Native Americans who had populated the area at the time.

Its retelling of how in 1905 Colorado River water breached an irrigation canal and resulted in a devastating flood and the creation of the Salton Sea occupies about 10 pages of the essay. Elsewhere, the Women’s Civic Improvement Club, the city’s fight against “temperance beer,” the city’s growing cotton production, and the 1915 earthquake are duly highlighted, as well.

“In the brief space of twenty-two years, Calexico has grown form a mere grading camp on the desert to a thriving city of some 7,000 souls,” Mamer wrote. “It would seem that Fate had been against it from the beginning. Yet in spite of almost every conceivable difficulty, the people have at last succeeded.”