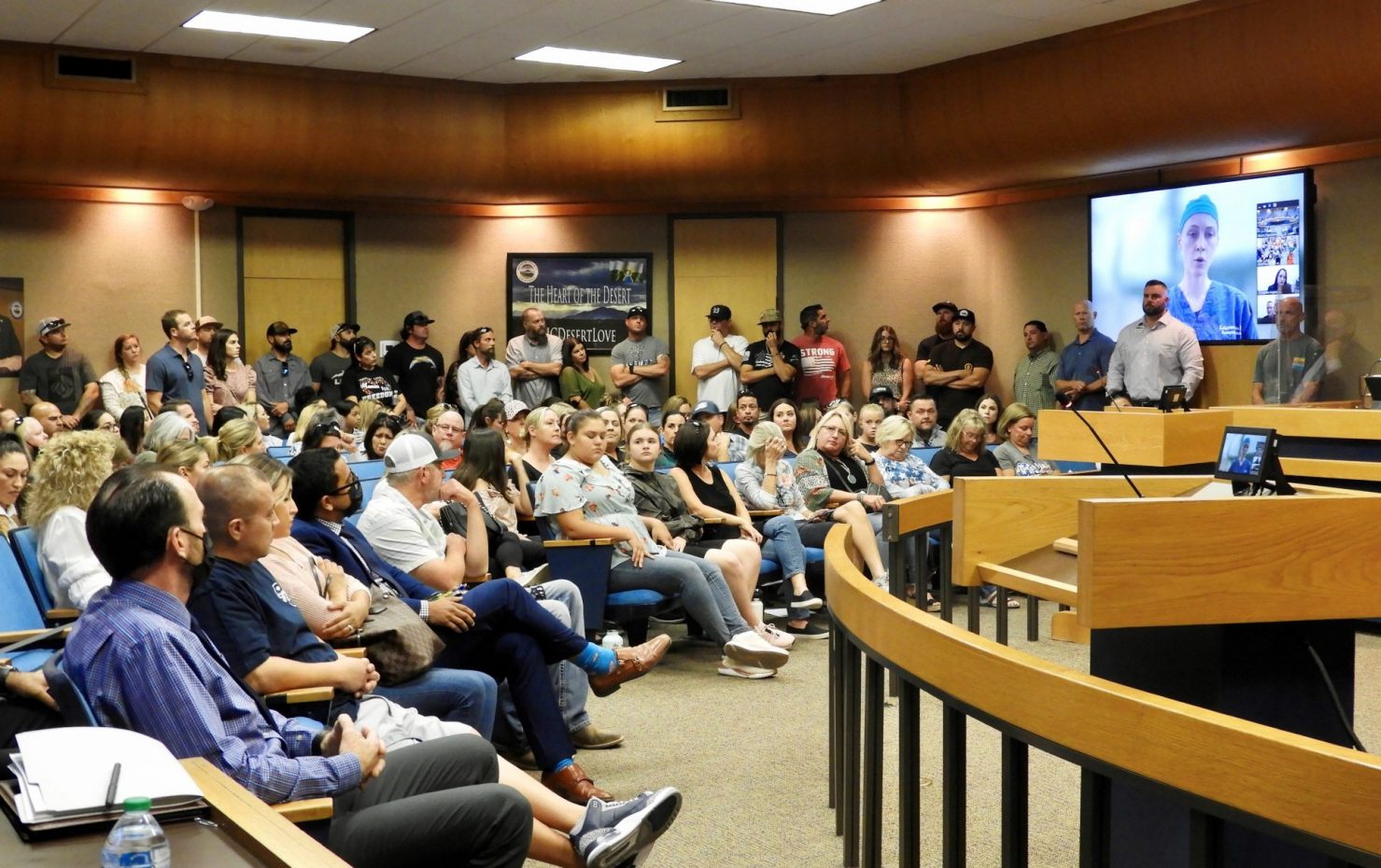 County Officials Will Stage a Second COVID Meeting; Most Discourse Was Weighted Against Current Virus Measures

EL CENTRO — A COVID forum assembled in response to repeated protests over mask and vaccine mandates aimed toward county officials threatened to dissolve into chaos, ended with no resolution, and led to Supervisor Ryan Kelley to call for second meeting to invite state legislators to hear local concerns.

“I would suggest we have another forum and invite Sen. (Ben) Hueso and Assemblyman (Eduardo) Garcia to hear this community concern as well,” the Brawley-area District 4 supervisor said near the end of what was a tense two hours of presentations from community public health and education officials and a solid 90 minutes of mostly loud and angry opposition to all manner of mandates.

No date was announced for the next meeting as of midday Wednesday, Oct. 20.

The forum was an extension of the Imperial County Board of Supervisors meeting on Tuesday, Oct. 19, and saw crowds overflow into two adjacent conference rooms and in the hallway outside county board chambers in El Centro.

Although there is local control over to the Imperial County Public Health Order requiring masks be worn indoors not matter vaccination status, the public discourse ran the gamut to everything from state-mandated masking requirements for public schools to vaccine mandates for students and school staff to medical treatments.

The debate, despite being filled with nuance, boiled down to one central question that reared its head for each speaker present: does the right to personal choice outweigh the needs of the others?

Much of that was communicated with people shouting over speakers from the back of the room. At one point, county board Chairman Michael Kelley casually threatened to end the meeting.

For Kelly Ranasinghe of El Centro, who nearly lost his life after having COVID three times and saw a friend die from COVID complications the day he was released from the hospital, the answer was clear: the masks and vaccine save lives.

“The graveyard (where COVID patients would be buried) would be 4.1 million square feet, and we are here listening to this about whether we should wear a mask or be vaccinated?” Ranasinghe said, his voice as loud and passionate and those who vehemently disagreed with his position.

Of the members of the public who stood in support of state and local efforts to deal with COVID, only three spoke up during the forum.

By far the vast majority of the speakers were opposed to all forms of “mandate” associated with the illness, with some parents threatening to remove their children from public schools entirely. A petition was even presented with 751 residents’ signatures stating as much. A common fear repeated was that a requirement for masks or vaccines does not allow for exceptions due to preexisting medical conditions and that neither the use of masks nor vaccines have been studied enough to know the long-term effects on children.

“I am here for this little one right here: my grandson. He is in daycare, and they haven’t closed through this whole time, and I won’t let him get vaccinated. I hope his parents are on board with that,” said Holtville resident Mary Helen Dollente, as she held her grandchild close to her at the podium.

Autumn Plourd of Brawley, who has been attended several county board meetings to speak her opposition to the mask mandates, expressed similar concerns.

“I also have a daughter with a rare disease, and I question the longterm effects of a vaccine that doesn’t have a longterm study on it,” Plourd said, following another mother. “I am not anti-vaccine, I am not anti-mandate, but I have questions that I am not allowed to ask right now, and the only solution is for my daughter to not be in school when these mandates are enforced.”

Gilbert Gonzalez, who spoke after hearing protestors being described as affluent, responded.

Early in the forum, both Imperial County Superintendent of Schools, Dr. Todd Finnell, and Board of Supervisors Chairman Michael Kelley explained that school vaccine or school masking requirements were state orders and decisions related to either were out of their hands.

“County Board of Education, local school boards, and school administration do not have the authority to overrule or waive any those mandates or requirements, and the consequences for not following them are significant,” Finnell during the meeting.

This was not enough for many in the crowd, who called for the county to openly resist the mandates, with Lindsay Haendiges, for one, stating that resources from the state were not needed for local schools.

Yet recent history has revealed that might not be all that is at stake and that losing funding is just a part of complications that could result.

In August, when Holtville Unified School District attempted to openly not enforce the mask mandate, part of the decision to reverse course a week later had to do with insurance and other issues. Holtville district officials at one of several public meeting stated the district was told by its insurance companies that their policies would be dropped, that the Imperial County Public Health Department threatened the school with a cease-and-desist order, and that the state Department of Industrial Relations (Cal/OSHA) was going to call the school an “unsafe workplace” and effectively shut down the school.

Forgoing the usual morning COVID data update, Imperial County Public Health Director Janette Angulo shared the most recent numbers released the morning of Oct. 19. She said Imperial County had experienced 319 new cases of COVID between Oct. 6-12, and that there were 13 active outbreaks within the county. An outbreak is defined by Cal/OSHA and state public health as three or more cases in close proximity. 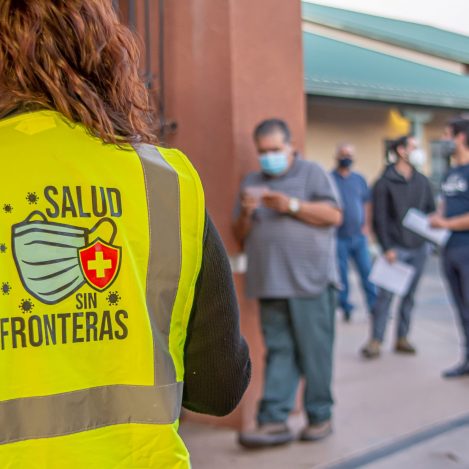