EL CENTRO — Having assured their constituents that Measure P proceeds would not go toward funding employee salaries, the El Centro City Council recently made good on its promise.

Specifically, it rejected a proposal that would have used monies from the city’s half-cent sales tax measure to compensate city personnel who are deployed for upcoming special events.

And though the personnel costs were estimated to solely be about 5 percent of the estimated $82,000 associated with hosting the special events, council members directed city staff to use another revenue source instead.

The council’s action came during its regular meeting of Tuesday, Oct. 19, following a presentation by Community Services Director Adriana Nava that requested Measure P funding for personnel participating in some 16 planned city-sponsored events.

Nava indicated that the city has not been able to fundraise as of late to offset such expenses because of COVID-19, and that the pending increase in the statewide minimum wage to $15 in 2022 also creates an additional cost for the city.

“Our dollars don’t go as far,” Nava told the council.

In other decisions of note, the council also approved the renaming of its skatepark to Brett Driscoll Sidewinder Skatepark as well as using more than half a million dollars in COVID relief funds for a new fire engine.

Following Nava’s presentation on the use of Measure P funds, council member Edgard Garcia was the first to raise concerns about the proposal to use sales-tax proceeds for personnel costs, which he said went against what the citizenry had been told its intended use would be.

“That’s something we said we weren’t going to use Measure P for,” Garcia said.

When it was approved by voters in November 2016, Measure P was billed as a half-cent sales tax measure that would raise monies for public safety and capital improvement projects.

City Manager Marcela Piedra then weighed in, reminding the council that the Recreation Department’s budget had been reduced “tremendously” and could not fully cover anticipated overtime costs for the special events, which are more numerous than prior years.

“If we don’t have that allocation we’re going to have to come back and revisit that list of special events,” Piedra said.

The list of special events includes a range of gatherings scheduled between Friday, Oct. 22’s Trunk n Treat at Stark Field to Independence Day’s Fun Family Day at the Aquatic Center. Besides personnel costs, other additional expenses include the renting of portable restrooms, generators, audio equipment and marketing.

As much as Mayor Cheryl Viegas-Walker said she appreciated the list of community events, she also indicated that she was not fully supportive of using Measure P funds for personnel costs, a potential precedent that she referred to as a “slippery slope.”

In order to support the resolution, Viegas-Walker insisted that city staff would have had to provide the council with post-event financial reports that disclosed costs associated with each respective community gathering.

“I think ARPA is a good source that could be eligible for some of these costs,” Oliva said.

American Rescue Plan Act funds are distributed nationwide by the U.S. Treasury Department for the specific purpose of helping cities mitigate the negative impacts of the pandemic. The funds can be used for public health and safety initiatives, personnel and administrative costs, to offset revenue losses as well as infrastructure upgrades.

The use of ARPA funds to compensate city employees who are deployed for city-sponsored events qualified under the revenue loss category, Finance Director Richard Romero told the council.

During its meeting Tuesday, the City Council also unanimously approved using about $525,000 in ARPA funds to purchase a fire engine for the El Centro Fire Department.

The 2020 Rosenbauer Timberwolf type 3 fire engine is equipped to respond to incidents in woodland areas, where paved streets do not exist, easing the wear and tear that such excursions place on the department’s existing fire engines, interim Fire Chief Cedric Ceseña told the council.

The acquisition of the fire engine is one of two that the City Council has authorized for purchase with the use of about $1.5 million in ARPA funds. The new fire engine is expected to arrive about three months after the city issues the purchase order to Freightliner of Arizona.

Delays in the fleet supply chain appear to be driving the price of materials up, Ceseña told the council, making the planned purchase of the second fire engine an increasingly urgent matter.

“We are noticing that there are some definite changes in prices because of COVID,” he said.

Two years to the day since the passing of Michael Brett Driscoll, the City Council unanimously approved renaming the skatepark as the Brett Driscoll Sidewinder Skatepark in his honor.

Driscoll had spent decades advocating for such a skatepark in the city and was widely credited with helping promote action sports in the Valley through his business, Driscoll’s Surf and Skate Shop.

During a public hearing that was held to consider the proposal, Driscoll’s son-in-law Jose Moreno addressed the council, stating that the renaming of the skatepark would help keep Driscoll’s legacy alive.

“It is our duty as a community to provide that for future generations to come,” Moreno said.

Council member Martha Cardenas-Singh said she had visited the skatepark in the days leading to Tuesday’s public hearing, and had encountered a sense of pride among its patrons. She, too, credited Driscoll for tirelessly advocating to have a safe and welcoming place for youth to practice their sport.

“He was truly a pioneer in our community when it came to sports and especially skateboarding,” Cardenas-Singh said.

The proposal to have the park renamed in Driscoll’s honor was submitted to the city by his father, Mike Driscoll. Brett Driscoll died at the age of 56 on Oct. 19, 2019, three days after he had suffered a heart attack while riding his mountain bike in El Centro.

Prior to the council’s vote approving the park’s renaming, Mayor Viegas-Walker requested that city staff look into creating memorials at the parks that are named after locals so that the public can learn more about the individuals’ contributions to the community.

A number of suggested improvements to Bucklin Park may hit paydirt, should the city be awarded some $3 million in state grant funds it intends to apply for.

To make that potential scenario a reality, the City Council first needed to authorize the city to apply for the funds from the state Department of Recreation’s Rural Recreation and Tourism Grant Program. That authorization came during the council’s meeting Tuesday.

The competitive grant program, established by the statewide Proposition 68, is open to cities with populations less than 44,000.

A previous survey that the city conducted revealed that respondents overwhelmingly supported improvements at Bucklin Park more so than at any other park, Community Services Director Nava told the council.

Some of the community’s suggested improvements included better lighting, the installation of surveillance cameras, as well as a fenced playground. The city is also considering installing an amphitheater, Nava said.

“There were a lot of comments about the ducks, too,” Nava said, adding that no plans exist to address concerns the public may have about the ducks, which are not considered the responsibility of the city.

As for a potential dog park, Nava said that no appropriate space has been identified that could accommodate separate areas for large and small dogs at one single site.

“The parks that we have right now haven’t really lent themselves to that,” Nava said. 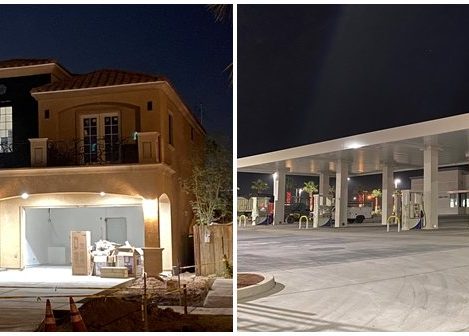