The Desert League standings have the Spartans on top at 8-0 with one game left, followed by Palo Verde in second at 6-2, Vincent Memorial at 2-6 and Calipatria at 0-8. With only one game remaining in the regular season, Central has clinched the DL title.

All four of the DL teams are in CIF-San Diego Section Division V for volleyball with Central currently ranked fifth, Palo Verde ranked eighth, the Scots ranked 21st and Calipatria ranked 29th. The top 16 teams will earn a spot in the Division V playoff tournament.

In the Scots’ win over Calipatria, they were able to sweep the Hornets, 25-18, 25-14, 25-21. For Vincent Memorial, senior Janissa Romero led the team with seven kills. Senior Bella Gonzales had six service aces and senior Daniella Ye finished with two kills, three aces and 15 assists from her setter position.

Previous
Calexico Needs to Do More to Protect its Unhoused 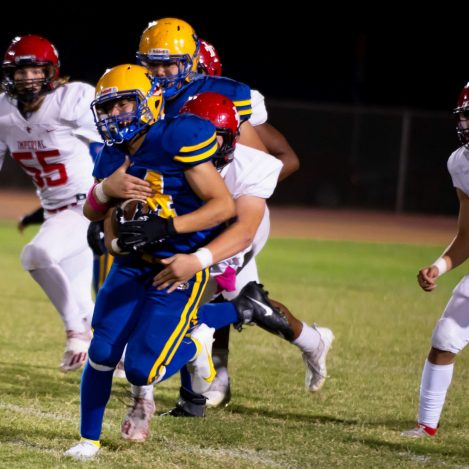