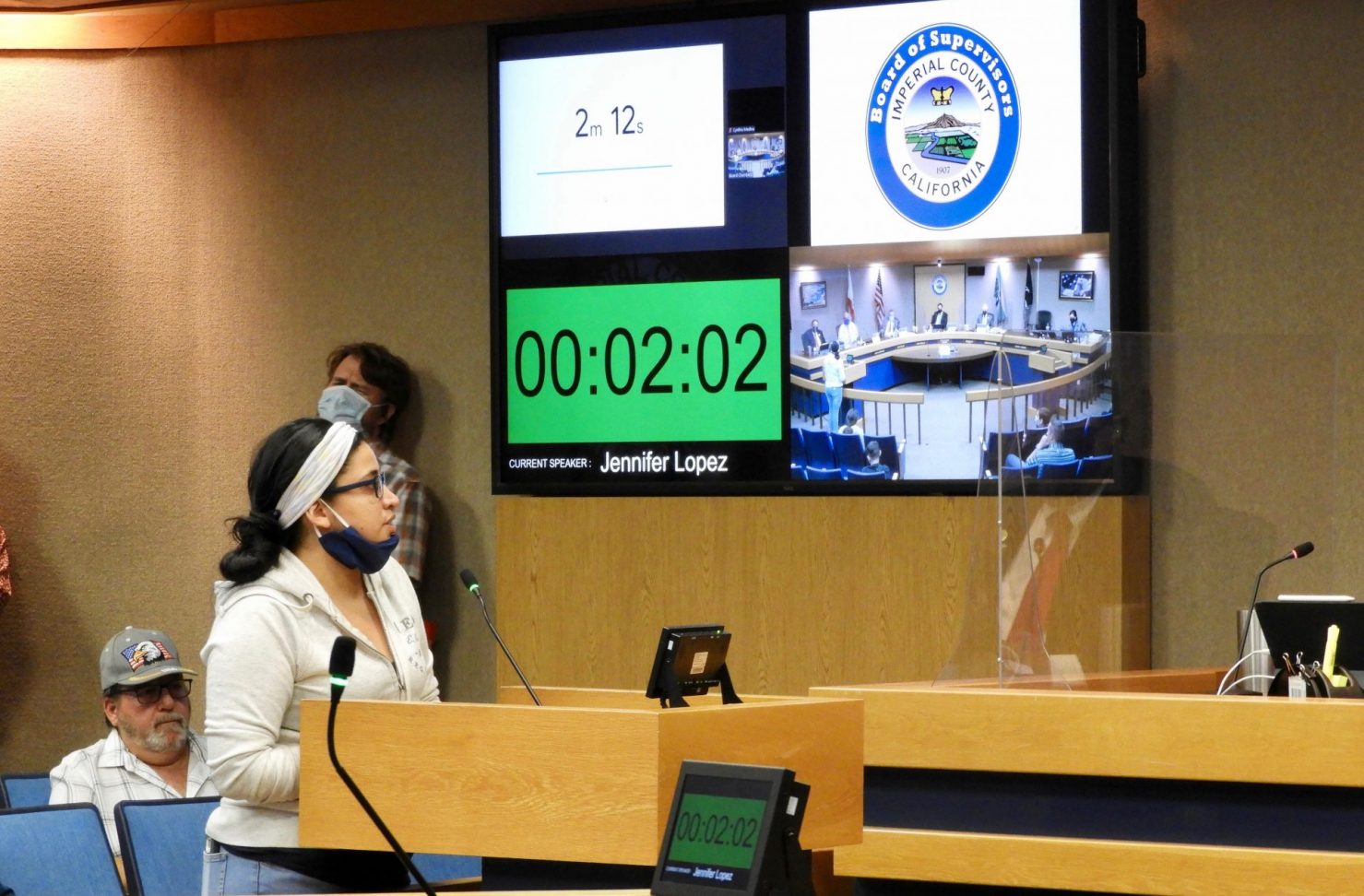 As dozens of people gathered to protest the Imperial County Public Health Order requiring masks be worn at all times indoors, lining the back of the room during the Oct. 12 Imperial County Board of Supervisors meeting and spilling into the hallway, Jennifer Lopez spoke during public comment to express her disapproval over the requirement. After more than 30 minutes and three consecutive meetings, the county is staging a community COVID forum from 5 to 7 p.m. Tuesday, Oct. 19, to allow the community to make its voice heard. | MARCIE LANDEROS PHOTO
Home
COVID-19
In COVID-19Regional News

EL CENTRO — Imperial County officials want to be crystal clear that the planned COVID-19 forum scheduled as an extension of the county Board of Supervisors meeting on Tuesday, Oct. 19, is intended for all residents and not solely a forum for those protesting mask mandates.

The implication following the Oct. 12 county board meeting was that those who were in attendance to express their anger over an Imperial County Health Order in place requiring masks be worn indoors not matter vaccination status was that the evening session next week would be their opportunity to air their grievances unfettered.

“Next week’s meeting is an opportunity for the entire community — anyone, anyone in this community — to share their comments, their concerns, ask questions,” Angulo said.

“To be honest, this is a community update,” Rouhotas added Saturday afternoon. “I don’t want this to be (where) we’re just trying to appease one side, no; because you still have a whole other side of the community that, as a public servant, I have to take them into consideration as well and so does the board.”

The meeting is scheduled for two hours only, from 5 to 7 p.m. in the board chambers in the County Administrative Center on Main Street in El Centro, with open adjacent conference rooms C and D equipped with video feeds to accommodate any overflow crowds.

Speakers will be timed, and part of the two hours will be dedicated to presentations by health officials other than Angulo and Public Health Officer Dr. Stephen Munday, Rouhotas said.

He said that was not made as clear as it could have been, and part of the rest of this past week was confirming presenters, the CEO added. The county will release additional details on Monday, Oct. 18, Rouhotas explained.

Among those additional speakers will be Adolphe Edward, chief executive officer of El Centro Regional Medical Center, and the infectious disease specialist for both local hospitals, which is listed as Dr. Mohammed M. Al-Jasim, M.D.

“The (Imperial County) Medical Society is bringing in, I think, the president and somebody else. … We’ve asked Dr. Todd Finnell to be there, because a lot of this is about the schools, school-aged children, the vaccine mandate (for educational staff,” Rouhotas said. “That’s what we have on deck so far.”

District 4 Imperial County Supervisor Ryan Kelley led the way in announcing the forum after more than 30 minutes of public comment by a group of parents, community members and at least one elected school board official who have returned in some form to the past three consecutive county meetings to repeat their messages.

While the topics on the views expressed have veered into issues with vaccination mandates, medical treatments, and personal freedoms, the line has been consistently one of opposition for the indoor masking health order put in place by Dr. Munday on Aug. 18, around the time the county’s schoolchildren returned to in-person instruction.

Rouhotas added that the group members will get their say, but others will, too.

“I understand, you know, they want to have their points brought up and discussed, and that’s fine. That’s their interpretation of how things are occurring. But, again, there’s still that other side,” Rouhotas added.

It’s not clear how widespread the support is of this group, but across the country polling has shown nearly two-thirds of the public are supportive of requiring masks for students and teachers.

Nationally, school mask requirements have broad support despite intense outcry at the local levels at government and school board meetings, according to the Modesto Bee. A September poll from Fox News found that 67 percent of respondents supported mask requirements for teachers and students, the Bee reported on Friday.

This comes has as new data was reported on Saturday morning showing that children came down with more new cases of COVID and died in larger numbers than in any single one-month period since the start of the pandemic in March 2020.

The surge was directly correlated to the return to in-person instruction among a largely unvaccinated student population amid a surge in the more transmissible Delta variant of COVID-19.

Data from the American Academy of Pediatrics shows that cases among children peaked in the period from Sept. 3 to Sept. 30, with more than 1.1 million new cases recorded over that time frame, NBC news reported Oct. 16. In contrast, more than 6 million children have tested positive for COVID in total since the beginning of the pandemic.

The American Academy of Pediatrics stated the definition of a “child” varies between states, with some including individuals of 19 and 20 years old.

A small proportion of young children with COVID get severely ill or die, the report acknowledges, but the weekly data from the U.S. Centers for Disease Control and Prevention also shows that COVID deaths among children under age 15 also reached its highest numbers last month, with 41 children who died between Sept. 4 and Oct. 2, NBC news reports.

A day before the special meeting a group of parents and educators are advocating for parents to not send their children to school. 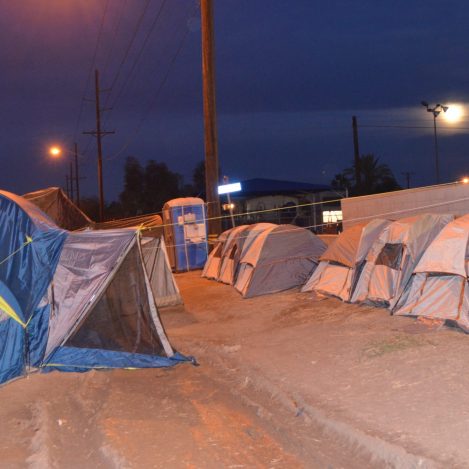