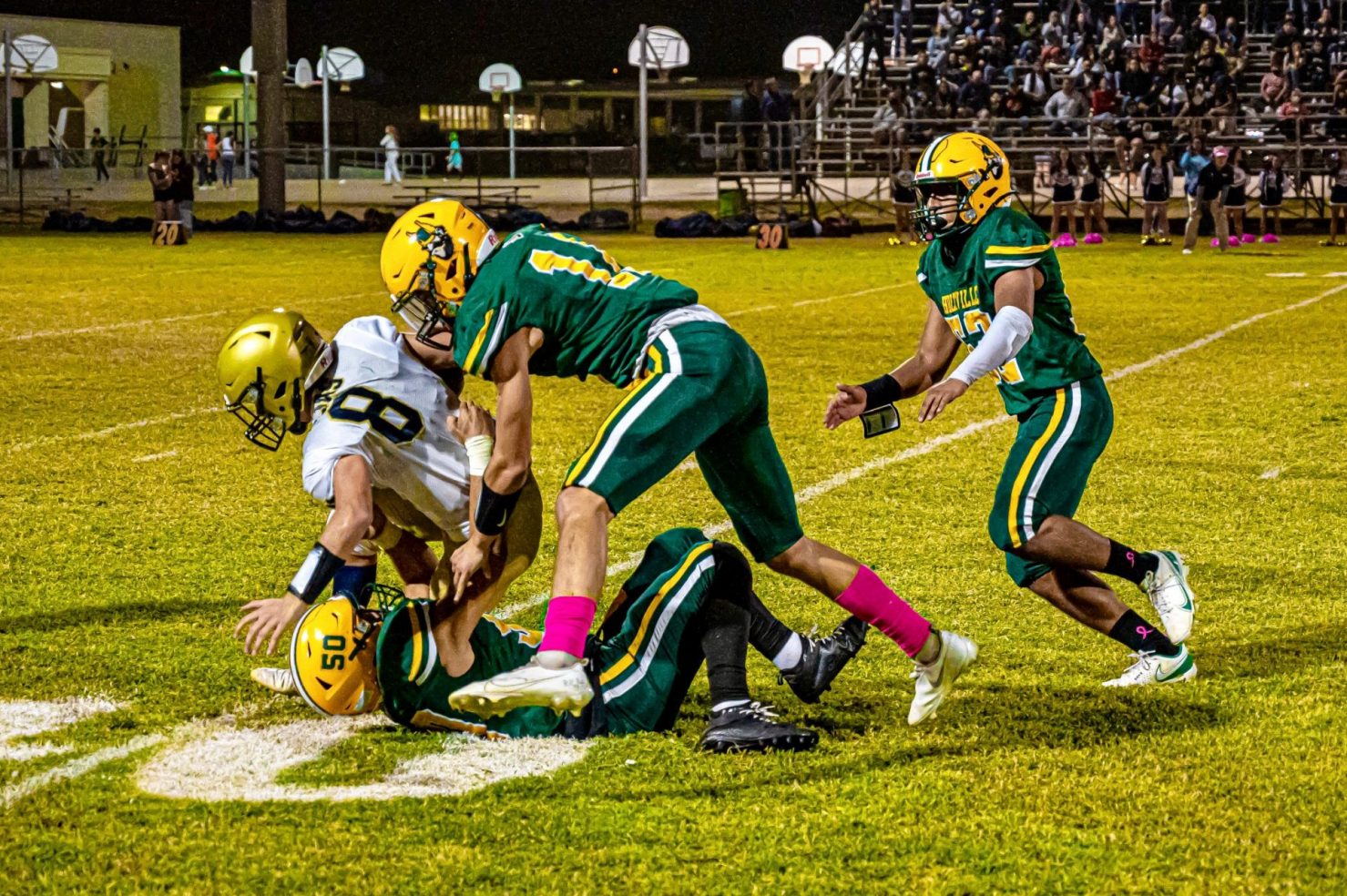 The Scots (2-1 in DL, 5-3 overall) came into the contest riding a five-game winning streak, but early turnovers and shaky defense cost them against the Vikings (1-1 in DL, 6-2 overall).

Vincent Memorial’s first two possessions ended with interceptions inside the Vikings’ 30-yard-line, both coming after eight-play drives had gotten the Scots into Holtville territory. Trailing 16-0, a penalty wiped out a 43-yard touchdown pass that would have put Vincent Memorial back in the game with three minutes left in the second quarter.

“We have a young team and maybe we came out a little nervous because we are here in Holtville and we know they have a tough team,” said Fernando Santana, Vincent Memorial’s assistant head coach. “It wasn’t until the fourth quarter that we started doing the things we needed to.”

Holtville capitalized on the second interception when senior quarterback Spencer Hilfiker finished the six-play drive with a 17-yard touchdown pass to senior Roger Rolfe. The two-point conversion put the Vikings up 8-0 with 1:24 left in the opening quarter.

“They were blitzing a lot and our offensive line was having a tough time with it,” said the 15-year-old Elias. “Late in the game we were able to get some stops and move the ball, but we have to do that for the whole game,”

Holtville scored three touchdowns in the second quarter to build a 29-7 halftime lead and then scored on the opening play of the third quarter when senior Donovan Johnston sprinted 65 yards for a touchdown to put the Vikings up 36-7.

Vincent Memorial rallied late in the game with three touchdowns in the fourth quarter, including two scoring strikes from Elias and a blocked punt in the end zone that was recovered by senior Esteban Sanchez.

Elias hit Apodaca on a 30-yard scoring strike early in the fourth quarter and hit Elorduy on a 74-yard catch and run with about nine minutes left in the game.

Vincent Memorial travels to Blythe for a DL-matchup against Palo Verde Valley at 7 p.m. on Friday, Oct. 22. The Scots will close out their regular season with the Battle for the Border rivalry game against Calexico at Ward Field at 7 p.m. on Oct. 29.

Up next for the Vikings is a home matchup against DL-foe Mountain Empire of Pine Valley at 7 p.m. on Friday, Oct. 22. 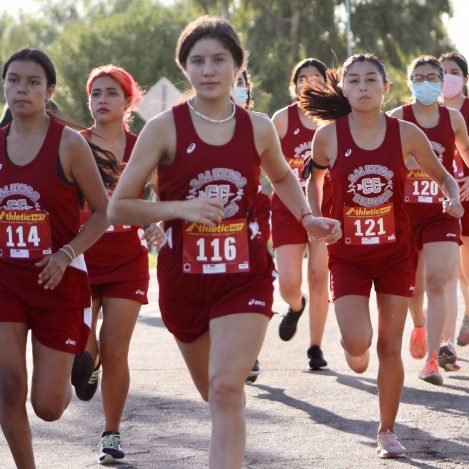