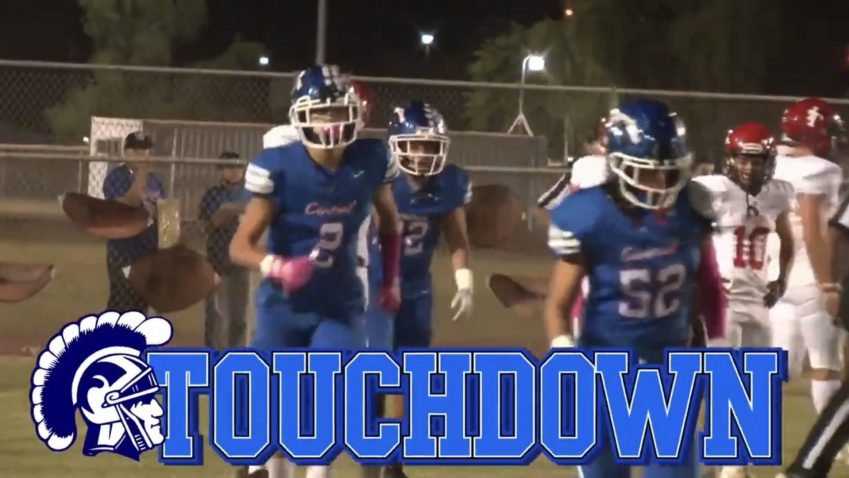 The Central Union Spartans score early in the opening quarter of their Imperial Valley League matchup against the Imperial Tigers at Cal Jones Field in El Centro on Friday night, Oct. 15. The 28-7 win is Central’s third straight. | VIDEO CAPTURE
Home
Sports
In Sports

The Spartans (2-0 in IVL, 4-4 overall) are a half game behind Brawley Union (3-0 in IVL, 7-2 overall) in the league standings with two games remaining, including the El Centro City Championship game against Southwest on Thursday, Oct. 21, and the Bell Game against Brawley on Friday, Oct. 29.

Against the Tigers (0-2 in IVL, 4-4 overall), Central got on the scoreboard midway through the opening quarter on a one-yard touchdown run from Charlie Sullivan and followed that with a 35-yard fumble return touchdown from Josiel Rodriguez.

The Spartans led 21-0 at halftime before the Tigers got on the scoreboard with a Seth Shaw one-yard touchdown run late in the third quarter.

Up next for the Tigers is an IVL home matchup against Calexico, set for 7 p.m. on Friday, Oct. 22.

BLYTHE — The vaunted Palo Verde Valley High rushing attack was in top form on Friday, Oct. 15, as the Yellowjackets stung Southwest 48-20 in a nonleague game at Scott Stadium here.

Palo Verde (2-0 in Desert League, 6-2 overall) led 27-0 at halftime and cruised home for the victory. The Yellowjackets are in first place in the DL, followed by Holtville in second, Vincent Memorial in third, Mountain Empire in fourth and Calipatria in fifth.

The Yellowjackets will host Vincent Memorial Catholic High at 7 p.m. on Friday, Oct. 22, in a DL showdown, then finish the regular season with a 7 p.m. DL matchup in Pine Valley against Mountain Empire on Oct. 29.

Southwest hosts the El Centro City Championship game at 7 p.m. on Thursday, Oct. 21, then concludes the IVL regular season with a road game in Imperial, set for 7 p.m. on Oct. 29.

The Hornets (0-3 in DL, 2-6 overall) have two home games remaining, a nonleague matchup with St. Margaret’s of San Juan Capistrano at 7 p.m. on Friday, Oct. 22, and their annual Axe Game against against DL-rival Holtville, set for 7 p.m. on Oct. 28 in Calipatria. 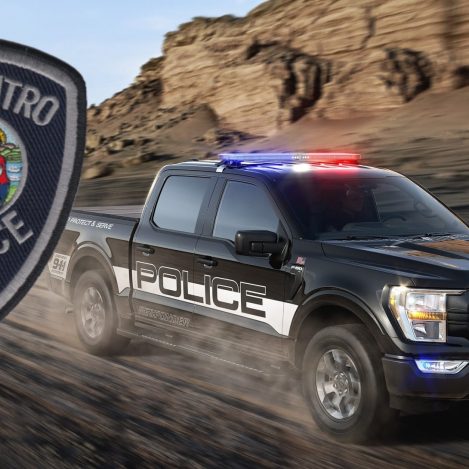