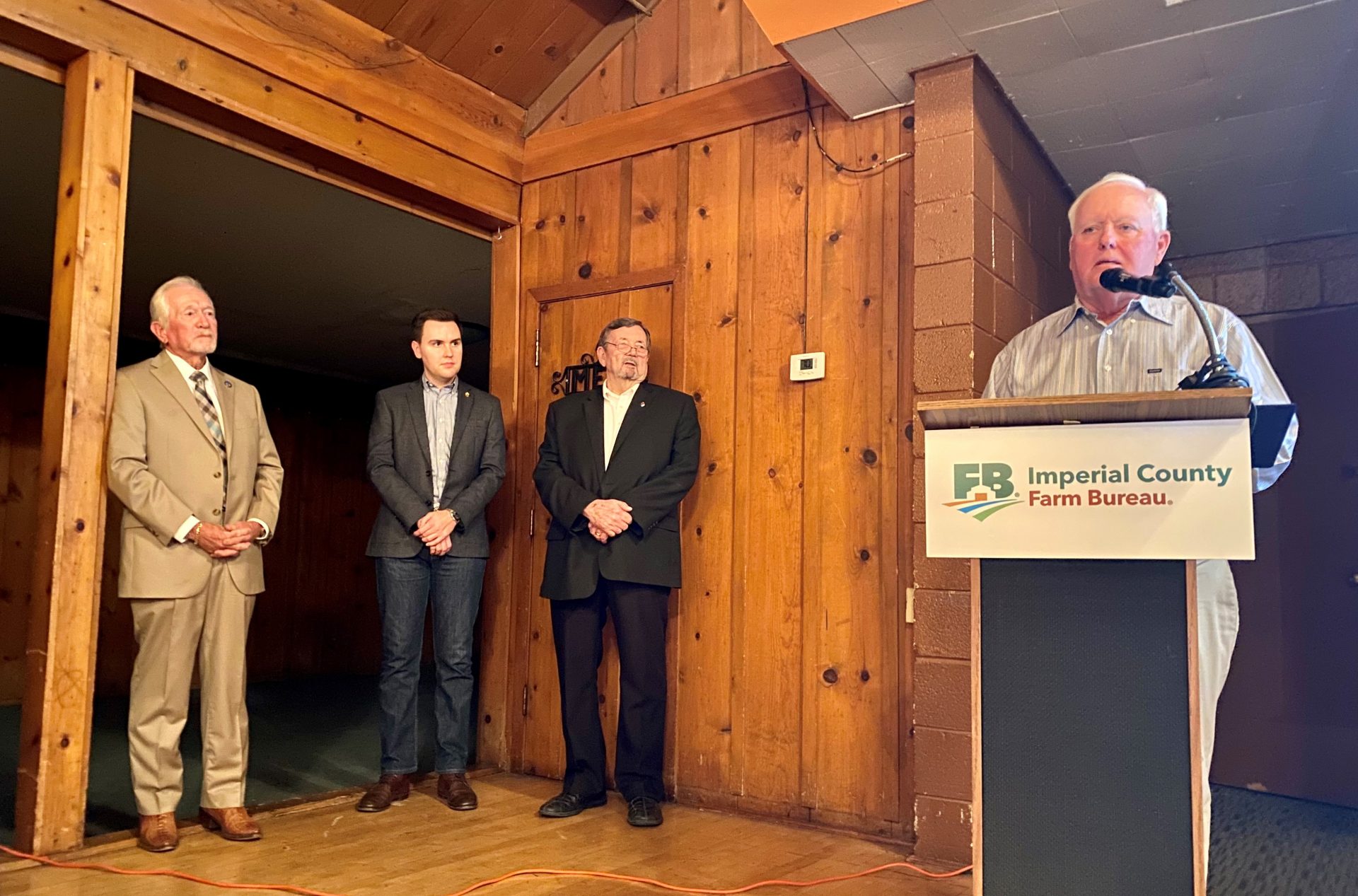 BRAWLEY — Don Emanuelli has all the right resume builders to set him apart from his peers in the farming industry and worthy to be singled out for a body of noteworthy achievements in agriculture.

He was a key figure in helping to advocate for more research to battle the devastating effects of the whitefly infestation of the early 1990s, and his family developed a strain of alfalfa that has made growing the forage crop suitable in the harsh desert climates of the Middle East.

But these technical achievements pale alongside what has made the 68-year-old Brawley resident so important to Imperial County agriculture over the years and deserving of the Imperial County Farm Bureau’s 16th annual Jim Kuhn Memorial Farmer of the Year Award.

Emanuelli’s greatest strengths have been as an educator and an adviser to younger farmers struggling to make their way in a tough field of endeavor that, by his own admission, takes “a love for the land and for that business” to succeed.

“Truly, he is my best friend, and I couldn’t feel prouder to have this amazing man to stand behind,” said his middle son, Scott Emanuelli, in an interview after he presented his father with the award during the bureau’s Jim Kuhn Memorial Farmer of the Year Award Banquet and meeting of its members on Thursday night, Oct. 14, at Del Rio Country Club in Brawley.

Scott Emanuelli is general manager at Top Notch Seed Inc., the business owned by Don Emanuelli, along with J. Emanuelli & Sons Inc. Scott is also first vice president of the Farm Bureau board which chose the elder Emanuelli for this annual distinction, an honor kept under wraps until the night of the event.

“Well, I’m very honored, obviously. I’m very surprised. I didn’t expect this. I thought a friend of mine was getting it,” Don Emanuelli said in an interview after receiving the award.

During his acceptance speech, Don spoke of his sons, Steven, Scott and Brian, and how proud he was of all three and excited that all three came home to work with him in their two businesses.

The elder Emanuelli’s passion for farming is only matched by his love of teaching, with story after story of times where Don took the time to advise other farmers who were struggling. Even in his final comments after the annual meeting, he was doling out advice for young farmers.

“Well, I just tell you, if you want to get into ag, you need to have a love for the land and for that business. If you don’t, don’t waste your time because it’s hard work,” he said, as Del Rio staff cleared tables and the room emptied out.

“And sometimes you feel like, is it worth it? But at the end, we know it is, looking around this room tonight. There’s a lot of guys here that have spent a lot of hours out in the field, and you have to love it,” Don Emanuelli added. “It’s a special occupation. I think it is.”

Who is Don Emanuelli?

Don Emanuelli was born in 1953 and was raised in Brawley, where he attended Brawley Union High School. Don’s grandfather, Julius Emanuelli, was an Italian immigrant who owned a vineyard in Italy before moving to Brawley to start J. Emanuelli & Sons in 1917.

After high school, Don Emanuelli attended California Polytechnic University, San Luis Obispo, where he graduated with a bachelor’s degree in Agricultural Business Management in 1975. He returned to Brawley to work alongside his father, Robert Emanuelli, and grandfather on the family farm.

In 1992, when the Valley faced a new foe, the newly discovered Silverleaf or Sweet Potato Whitefly, Don joined the Whitefly Management Committee, where he advocated for research and control of this new pest. While on this committee, Emanuelli traveled to Washington, D.C., to advocate for funding for research and put a face to the issue when he was interviewed by Dan Rather for the show “48 Hours.” The whitefly infestation caused an estimated loss of $500 million to California agriculture and $1 billon nationally since their arrival in 1991, according to University of California, Riverside, and can still cause tremendous damage to crops if not managed properly.

Emanuelli and his family were also instrumental in the development of the Chema 1 variety of alfalfa, which was designed to thrive in drought and high-heat climates. This Imperial Valley original has been planted in places around the world with the same arid conditions the Valley has like the Middle East and Saudi Arabia.

Today, Don, his wife, Mary, and their three sons carry on the family legacy by continuing to work in the day-to-day operations of J. Emanuelli & Sons Inc. and Top Notch Seeds Inc. The elder Emanuelli has also sat on the Imperial County Farm Bureau board since 2005 and served as president from 2012 to 2014.

For the Farm Bureau’s Rachel Magos, this was a special awards ceremony not only because it was her first as executive director, but also because of the special relationship she has had with Emanuelli.

“He was my first president freshly into the Farm Bureau. It was an honor to work with him. He was so kind, so welcoming,” Magos said at the end of the evening. “He’s great at educating and making decisions just so level headedly. He is super deserving of this tonight.”

Friend of the Farmers

A second award, the Betty Young Memorial Friend of the Farmers Award, was given to Mark Clayton, owner of Clayton’s Drain and Tile Maintenance Inc., in honor of his support to farmers and the bureau.

“The friend of the farmer is somebody that’s not a farmer, but they’re working in the farming industry. Mark Clayton has a tile-cleaning business and has been a real friend to all the farmers for many, many years, and is a very great person,” Farm Bureau President Jeff Plourd said on Thursday.

Clayton, a Brawley resident, was in shock upon hearing his name called. He has worked alongside farmers in the family business for the last 45 years, said bureau Second Vice President Paula Pangle, who presented the award to Clayton.

“I am elated. Surprised. I am stunned my peers think so highly of me. And blessed,” Clayton said after the banquet.

For Don and Clayton, the love and support from the whole room could be felt as the crowd cheered as they received their awards, and as friends, family, and strangers alike came up to both afterward to shake their hands and thank them for their years of hard work in the farming industry. 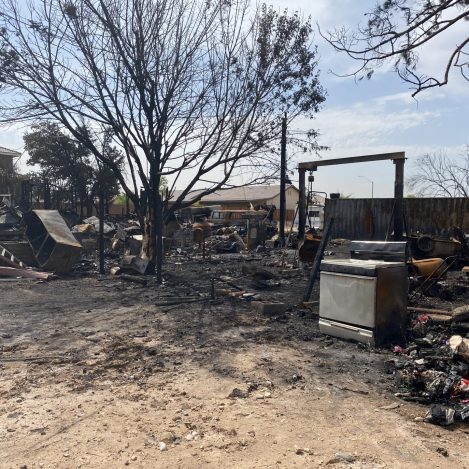