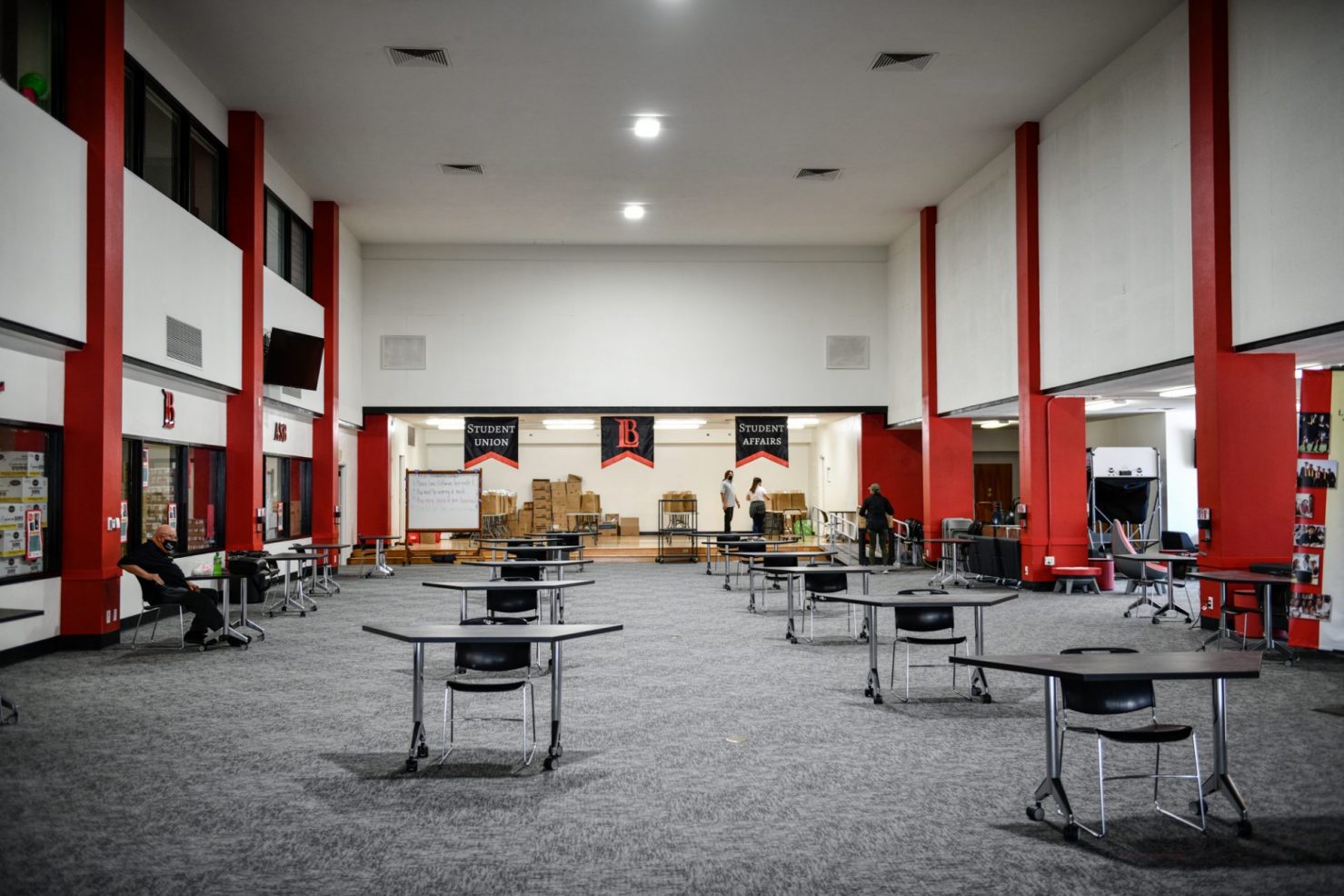 Gov. Gavin Newsom vetoed a huge expansion of the Cal Grant, the state’s main financial aid tool. It would have topped off a banner year for legislators who for years sought to reduce the cost of college.

For California’s higher-education system, the seemingly endless summer of good budget news came to a screeching halt Friday night when Gov. Gavin Newsom vetoed the most consequential legislation to college financial aid reform in a generation.

With Newsom’s dissent, Assembly Bill 1456 won’t become a reality, rebuffing a Legislature that unanimously supported the legislation. It would have increased by about 150,000 the number of community college, Cal State, University of California and private college students eligible for the Cal Grant — the state’s chief financial aid program. It would have done this by expanding eligibility to students who are low-income but for various reasons can’t access the grant today. Cal Grants last for four years of full-time enrollment for all students.

“This bill results in significant cost pressures to the state, likely in the hundreds of millions of dollars annually” and should have been included in the annual state budget process rather than as a standalone bill, the governor wrote in a veto statement. It landed in reporters’ inboxes Friday evening while much of the state was glued to the first playoff battle between Major League Baseball archrivals the Los Angeles Dodgers and the San Francisco Giants.

Evidently, Newsom was unpersuaded by the appeal from the bill authors — who are Democrats like he is — as they urged him to sign the legislation. “We cannot wait for another budget windfall,” they wrote for CalMatters this month. “The state must do this now.”

They vow to come back next year with a similar bill and try again.

But Cal Grant reform “cannot be accomplished solely through the budget process,” the authors wrote in a statement Friday, countering Newsom. “2021 should have been the year that we enacted debt free college, and California has missed that unique opportunity.”

This setback may be the most grueling yet for champions of the bill. For several years lawmakers failed to prime the financial aid pump as major bills fell short due to their ambition and price tag. With California awash with cash, this year was supposed to be different. But concerns grew about the bill’s chances after Newsom’s Department of Finance came out against it in August, citing its huge expenses.

The bill’s backers initially said it would cost about $83 million a year plus an extra $58 million over the first three years of the program. After the state budget in July poured more money into higher education, a key bill supporter said the annual cost of the proposed aid infusion was fully covered by the new money lawmakers committed to college students. But the Finance Department disagreed, writing that the bill would require about $175 million a year in new state spending on top of the $58 million in one-time costs.

“A nearly $200 million difference of opinion on how much a bill costs is quite a lot,” you might reasonably be thinking. The disconnect comes down to budgetary assumptions. The California Student Aid Commission, which oversees the Cal Grant, argues that the bill’s new costs are baked into the existing budget. Because the Cal Grant is an entitlement, anyone newly eligible for the grant would get it in the future, so the cost of the program rises by default. But the Department of Finance thought the aid commission’s projections overstated the existing costs of the Cal Grant, making the bill seem less expensive than it really is.

“So we think (the aid commission’s)comparison is a little bit of apples and oranges,” said H.D. Palmer, the department’s spokesperson.

It’s a difference of methodological opinion that ultimately felled the bill.

That the department opposes a bill isn’t a sure-fire death sentence. It also didn’t back a major bill this year that overhauled how students transfer to a Cal State or UC. Newsom signed that one this week anyway, but its costs — about $130 million one-time — were minor compared to what the department said this Cal Grant bill would cost.

The bill’s death is an unceremonious final note to this year’s extraordinary deluge of cash — a whopping $47 billion in total money —  for the state’s college students and the schools they attend. Most of the increased spending compared to last year is one-time in nature though, fueled in part by federal stimulus that compelled Sacramento lawmakers to try out new programs that don’t have to be funded annually. The Cal Grant, however, is an ongoing state expense — and governors would rather dole out cash for one-time projects to manage the state’s coffers.

Newsom “had the resources and chose not to invest in students shut out from opportunity who have been pleading for greater assistance for years,” Brian Rivas, director of policy and government relations for the research and advocacy group Ed Trust West, said in a statement. “This hurts.”

While much of the $3.3 billion in new general fund money from this year’s budget went to the institutions themselves, students also directly benefit from the bonanza:

It’s possible that Newsom felt that a promise of a debt-free grant makes another bill to expand the Cal Grant unnecessary. He cited the debt-free program, an expansion of the Middle Class Scholarship, in his veto message as one of the many goodies heading students’ way.

That Student in Your Community College Class? They Could Be a Bot.

Community college students who receive more types of federal and state aid are more likely to continue their studies, according to an analysis by a research group at UC Davis. That doesn’t mean it’s for sure the case that more money leads to better academic results, the researchers cautioned. Students who can figure out how to qualify for a grant may also be better at sticking it out in school.

What Veto Means for College Students

The governor’s veto of the Cal Grant bill doesn’t affect the changes lawmakers and the governor approved earlier in the summer, which removed age and time-out-of-high school eligibility rules —  ones experts have long said deny aid to tens of thousands of financially needy students.

But the veto leaves in place a confusing Cal Grant system that technically has seven different grants with their own eligibility criteria. It also keeps a GPA requirement to access the Cal Grant money that’s a particular problem for older students. Because 40% of community college students are 25 and older, many may be unable to get their transcripts from high schools. Removing the GPA requirement would have eliminated the need to hunt for old high school grade records, especially for students who last attended high school decades ago in a different state.

With the veto, those 110,000 community college students are locked out of other perks that come with a Cal Grant such as the extra $4,000 for being a full-time student and additional money for students with children.
The veto also means those students won’t be automatically eligible to receive free tuition at a UC or Cal State if they transfer.

There’s still a chance some of those 110,000 students would end up with a Cal Grant eventually. After a year of taking classes, students would be able to show their GPAs and then qualify for the grant. But with the grade point average rule in place, students would need to post a minimum GPA of 2.0 or 2.4 annually, depending on whether they want to transfer.

(This story by Mikhail Zinshteyn first appeared on CalMatters and is made available as part of the CalMatters Network.) 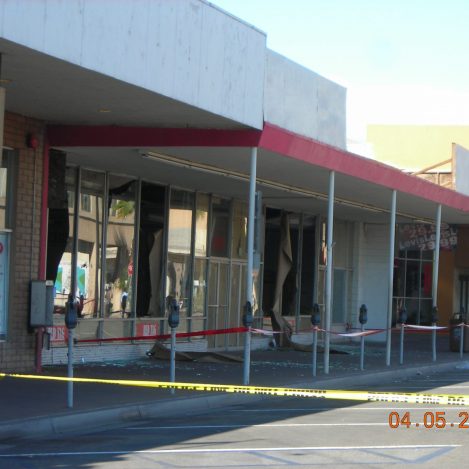