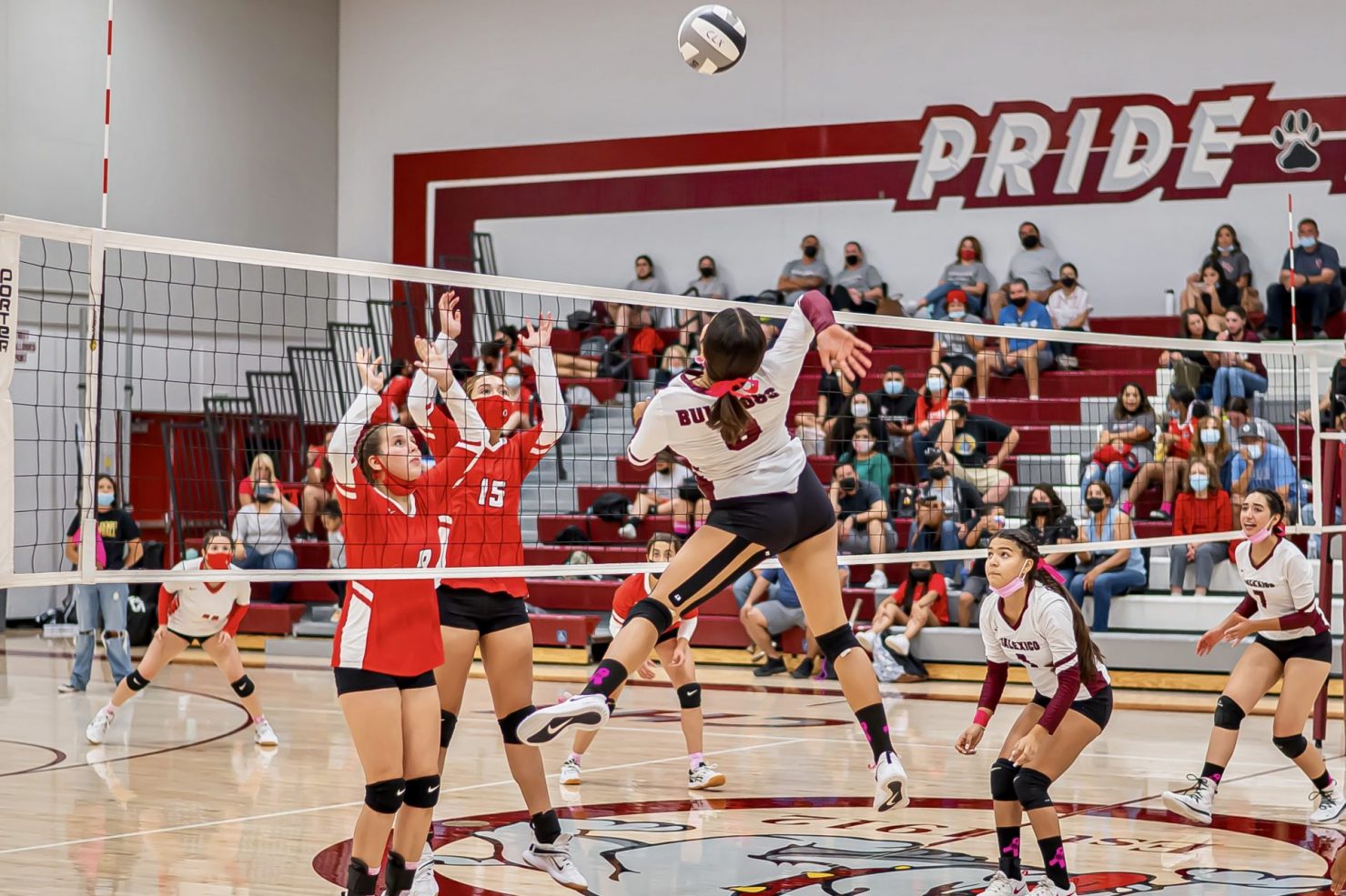 Calexico High School senior Liah Valdez goes up for one of her eight kills during the Bulldogs’ Imperial Valley League game against Imperial inside Varner Gym in Calexico on Tuesday, Oct. 5. | CAMILO GARCIA JR. PHOTO
Home
Sports
In Sports

CALEXICO — The Calexico High School volleyball team remains in second place in the Imperial Valley League after sweeping Imperial and Palo Verde and having a matchup with Brawley Union postponed.

The Bulldogs (21-7 overall, 3-1 in IVL) remain a game behind Holtville (5-0 in IVL) with a key matchup against the Vikings scheduled for 6 p.m. on Thursday, Oct. 14, inside Varner Gym in Calexico.

Calexico’s Oct. 7 match at Brawley was postponed after players in the Wildcats volleyball program tested positive for COVID-19. Brawley sits in third place in the IVL, a game behind the Bulldogs, and was also forced to postpone a matchup with the Vikings that was scheduled for Tuesday, Oct. 12. That game has been rescheduled for noon on Saturday, Oct. 16, in Brawley.

Senior Yady Zavala led the led the Bulldogs at the net with 14 kills, followed by senior Liah Valdez with 7 kills and senior Ariadna Orozco and junior Alexis Fernandez with six each. Zavala and senior Perla Lomeli paced Calexico at the service line with eight aces each.

The setting was handled by junior Mia Ramirez and senior Andrea Lopez who had 15 assists each.

The senior trio of Zavala, Valdez and Orozco had eight kills each against the Tigers with Lomeli chipped in with five. In the back row, it was senior Shanelle Gascon with 30 digs to lead the way, followed by Lomeli with 15.

Lopez had 18 assists against Imperial with Ramirez collecting 10.

With just one more week left in the regular season, the Bulldogs will compete in CIF-San Diego Section Division III playoffs where they currently sit as the No. 6-ranked team. 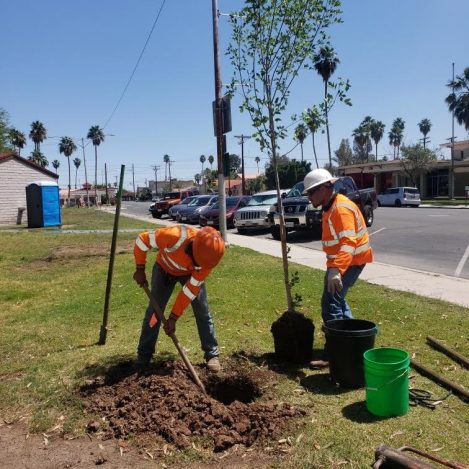 Calexico Rolling in Green; From Trees, That is