EL CENTRO — The Vincent Memorial Catholic High football team is 5-0 since naming sophomore quarterback Jacobo Elias as starter, with his latest outing being his best of the season as he led the Scots to a 41-7 Desert League victory over Calipatria at Cal Jones Field here on Saturday, Oct. 9.

Ironically, Elias’ top target against the Hornets (2-5 overall, 0-2 in DL) was senior Diego Elorduy, the player he replaced at quarterback. The two connected eight times for 171 yards and two touchdowns.

“In the beginning it was frustrating (losing the quarterback job), but I am just grateful for the opportunity to be on the field and help my team,” said the 18-year-old Elorduy. “Since I was quarterback I know all the routes the receivers are running so I’m able to help Jacobo by running the right route all the time.”

The Vincent Memorial coaches like having two quarterbacks in the huddle to make sure everyone is on the right page.

“He (Elorduy) is a very smart player and he helps Jacobo in the huddle,” Santana said. “He is a great possession receiver. He reads the defense and he gets to the open spots.”

The Elias-to-Elorduy connection started on the opening possession of the game when the two hooked up for a 47-yard touchdown pass to put the Scots ahead 7-0 with 9:30 left in the opening quarter.

Calipatria evened the score at 7-7 with 3:48 left in the quarter when junior Alex Fernandez darted to the end zone from 31 yards out. Brandyn Marcus booted the extra point for the Hornets.

The Scots regained the lead on their next possession when Elias capped an 11-play, 68-yard drive with a two-yard touchdown run to put Vincent Memorial ahead 14-7 with 10:16 left in the second quarter.

“The offensive line is getting better each week,” Elorduy said. “They put in a lot of work every week and it’s a total team effort so give credit to those guys for doing a great job tonight.”

The second half was dominated by Elias and the Scots as they scored every time they had ball. Midway through the third quarter Elias scored on a 13-yard touchdown run to cap a seven-play, 51-yard drive that put Vincent Memorial ahead 21-7 with 5:55 left in the third quarter.

The offensive highlight of the game came with 2:19 left in the third quarter when Elias and Elorduy connected for an 84-yard touchdown pass to widen the lead to 28-7.

Early in the fourth quarter, Elias capped an 11-play, 73-yard drive with a seven-yard touchdown run that put the Scots ahead 35-7 with 9:11 left in the game.

Vincent Memorial’s defense set up its final touchdown when senior Juan Carlos Bejarano intercepted a pass at midfield and returned it to the Hornets’ 14-yard-line. Two plays later Elias found senior Max Ascolani down the middle for a 15-yard touchdown pass.

“It took us a while to figure out their option offense and they went down the field and scored in the first quarter,” Santana said. “But in the second half we figured it out and our linebackers started reading and reacting to the option and we played a lot better.”

Next up for Calipatria is a trip to Pine Valley for a DL showdown with Mountain Empire High, set for 7 p.m. on Friday, Oct. 15.

Vincent Memorial travels to Holtville for a 7 p.m. kickoff on Friday, Oct. 15, against the DL-rival Vikings at Birger Field. 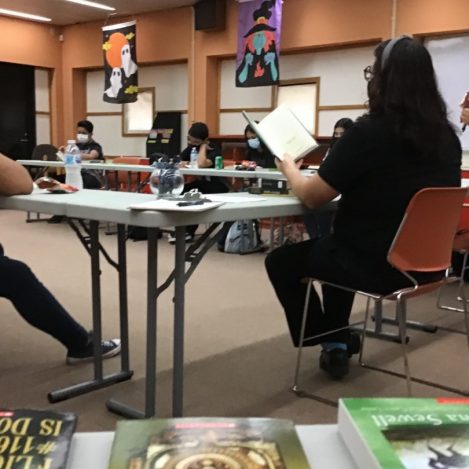