Gabrielle Schultz performs sound healing using a quartz crystal bowl, which is said to cause healing because of the sound vibration, during one of her sessions during Imperial Valley College's World Mental Health Day Summit on Friday, Oct. 8, at the college. | MARCIE LANDEROS PHOTO
Home
Education
Share

IMPERIAL — World Mental Health Day Summit 2021’s theme, “Reconnect, Reenter & Rebuild,” was apropos as Imperial Valley College sought to create a more intimate experience to connect with students and educate on the services available to those in need.

“This is really nice. If they had things like this the first time I attended here, I might not have dropped out,” said Maria Garcia, a El Centro resident who recently returned to school after almost 20 years, now working to become a school counselor.

Garcia said she started taking classes when her son, a junior in high school, told her he wasn’t going to college because she had not, and she was just fine. She said she tried to explain that she wasn’t fine, and that they both deserved better.

“What I had to tell my son is, I stopped school because I was scared, I was pregnant and in abusive relationship, and I thought going to a counselor or a therapist meant I was crazy, not asking for the help that I needed to overcome my fears of him to get out,” Garcia said. “Now I know better, and I am so happy my son will have this when he starts next year.”

World Mental Health Day is celebrated every Oct. 10 to raise awareness about mental health issues and is one of the campaigns ran by the World Health Organization. This year’s theme, “Mental Health Care for All,” focuses on connecting people with mental health services despite COVID restrictions.

The summit at IVC celebrates the worldwide event on the last working day before the 10th, which this year was Friday, Oct. 8. It was sponsored by Imperial County Behavioral Health Services and the IVC Student Health Center.

This year’s event was significantly scaled down from previous years, limiting it to six sets of programs, or tracks, and each track having four speakers, who’s subjects ranged from yoga to parenting, but offered the sessions virtually for students who weren’t comfortable attending in person.

“Usually, we have a really big event. We’ve had way over 400 people in previous years. We’ve had close to 200 today. And that’s because we want to make sure that everyone feels safe, we want to make sure that people are OK when coming to this event, and we can socially distance everybody,” said Patricia Arevalo-Caro, program supervisor, Imperial County Behavioral Health Services Center for Clinical Training, Staff Development Outreach & Engagement. “And we missed last year, so we’re trying to get back and kind of see how we work.”

As part of the summit, Imperial Valley College also held a mental health fair in the lobby of the 2700 building, with live music and food out on the lawn. Booths lined the wall of the lobby, with information being handed out about mental health services and green ribbons.

“The ribbons are for mental health awareness. It’s just spreading information about asking for help, what if you’re being asked help to someone who needs it, and just being there for someone. If you don’t know how to help, there’s someone to know what information to tell them about where they can go, it’s about being there for one another and listening,” said Alejandra Moreno, who ran the booth for IVC’s Student Health Center.

Moreno is both an employee of the school and a student in the nursing program, working for the Student Health Center through a work study program. Donned in her scrubs, she explained that students could come to the center for anything from a cold to a therapy visit, but the center faces the challenges of students being embarrassed to seek help.

“I’m really glad that we have an event today because sometimes there’s a stigma around mental health or therapy or help in general. So, this is a great way to kind of break down the barrier of that stigma that surrounds it and get more people the help they need and feeling better,” Moreno said.

While much of the event was centered around mainstream treatment options, the summit also featured a set of what was titled “Community Creative Topics.” This included sessions on community service, meditation, sound healing, and yoga.

One of the speakers, Gabrielle Schultz, a German immigrant who practices holistic wellness, came from the Desert View Tower on the Mountain Springs Grade in far west Imperial County to perform sound healing, an ancient meditative practice which uses different musical implements that, according to Shultz, create healing vibrations around the body in a meditative state.

Schultz practices this normally at the tower, hosting yoga on Sundays, and a monthly “healing day” on the Saturday closest to the full moon, but said she has begun to do more out in the community, after seeing more attendees from the Valley attend her events at the tower.

“Despite COVID, we have to start opening up again, and also open programs up for mental illness because I know many, many, many friends who suffer, and people who have children that are too. I have one son who is mentally ill, too. And I really would like to see more coming together, so that we can help the people more in the community,” said Schultz before her sound healing session.

Schultz’s session created vibrations that resonated not only in the classroom she used or her session, but out into the hall, drawing the attention from visitors outside in the lobby.

“I am not usually into this kinda stuff, but that stuff is kind of soothing,” said Juan Rodriguez, a 19-year-old math student at IVC, as he sat outside the door of Shultz’s session.

An Imperial resident, Rodriguez said he came over to the fair after he noticed the outdoor activities when he came to drop off paperwork to the school.

“I had no idea of what we had all these programs for therapy and stuff here in the Valley. My mom has been feeling really sad since my grandma died, so maybe I can find one to help her,” he said, as he started to gather flyers on various programs. 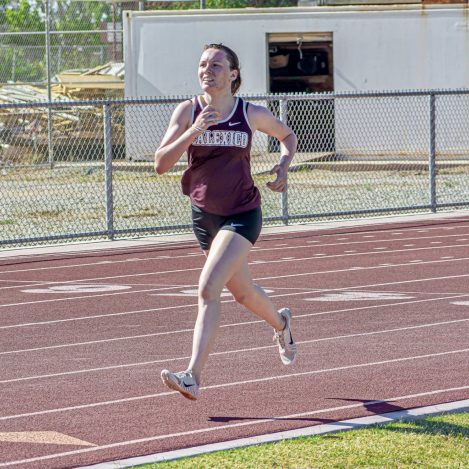