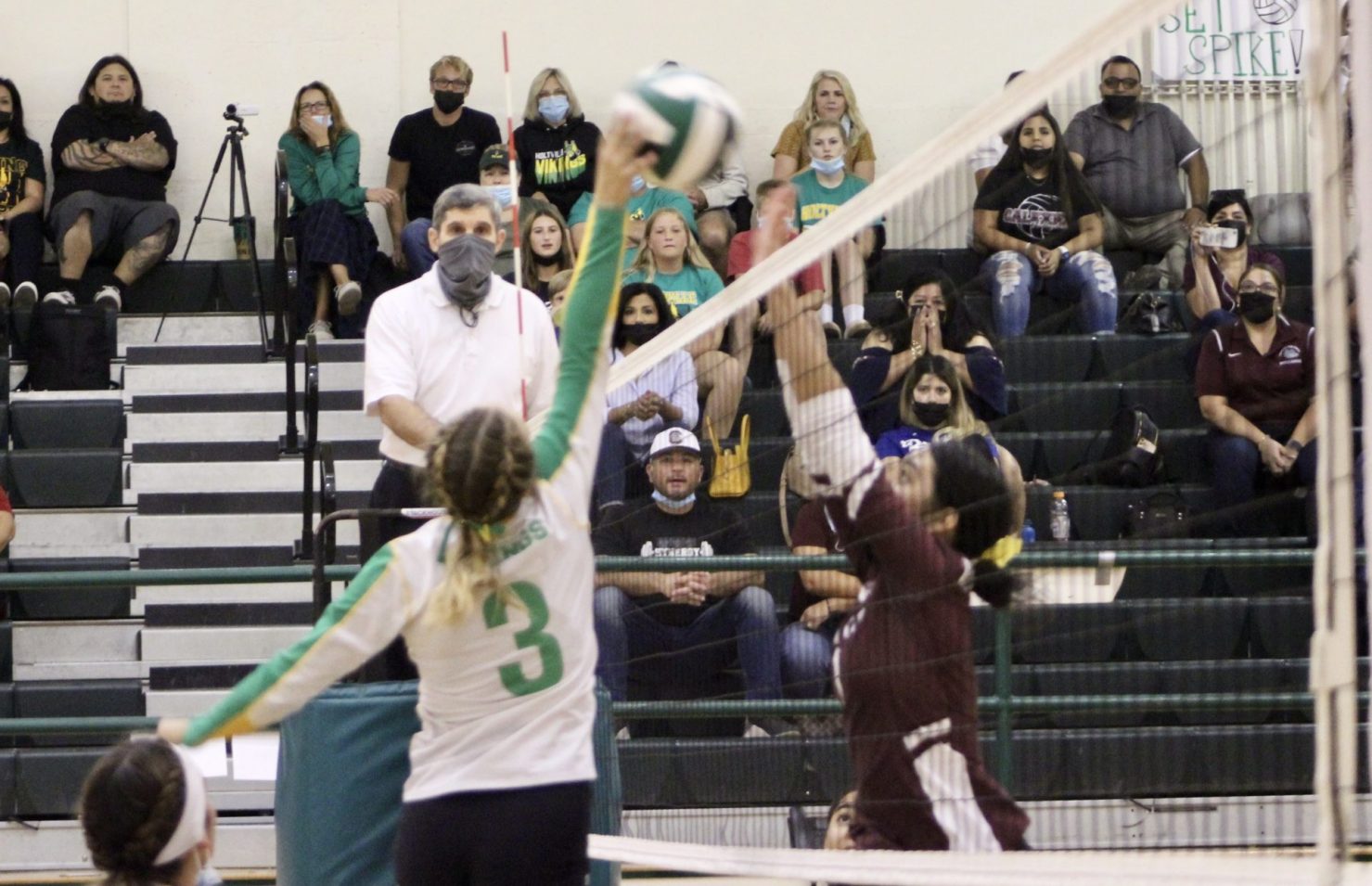 Holtville High junior Kamryn Walker (3) and Calexico High senior Liah Valdez meet at the net during their Imperial Valley League match in Holtville on Tuesday, Sept. 28. The Vikings lost the first set but rallied to win the match 3-1 and take sole possession of first place in the IVL. | CATHI PHILLIPS LARIOS PHOTO
Home
Sports
In Sports

EL CENTRO — The Calexico High School volleyball team bounced back after a tough loss on Tuesday, Sept. 28, in Holtville to score an Imperial Valley League win by defeating Southwest High in a 3-0 sweep here on Thursday, Sept. 30.

Against the Eagles, Calexico scored a straight-set win, 25-13, 25-16, 15-19, behind the play of Perla Lomeli who finished with 22 digs, five kills and four service aces. Ari Orozco finished the match with nine kills, six digs and two aces and senior Liah Valdez had eight kills and five digs.

Senior setter Andrea Lopez had 16 assists and six digs while Shanelle Gascon finished with 30 digs in the back row.

The Bulldogs were part of a thriller in Holtville on Tuesday, Sept. 28, falling to the Vikings in four sets, 25-21, 20-25, 21-25, 23-25. The game featured long rallies and momentum swinging back and forth throughout the evening.

In the first game, Holtville opened up a 7-1 lead only to see Calexico rally back and catch them at 14-14, then carry that momentum on to the first-set victory.

Yady Zavala was the big hitter for the Bulldogs in Holtville with 19 kills, six digs, three blocks and five service aces. Valdez had eight kills while Lomeli had five kills and three blocks. Lopez delivered 23 assists from the setter position.

Calexico has two key IVL matches coming up with a 6 p.m. home match in Varner Gym in Calexico against Imperial on Tuesday, Oct. 5. The Bulldogs then travel to take on Brawley at 6 p.m. on Thursday, Oct. 7. 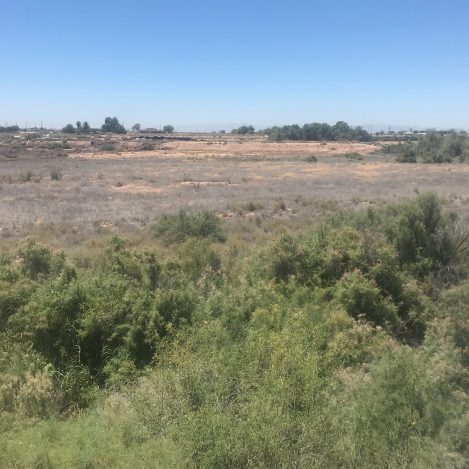 Holtville Wetlands Project Stuck in the Mud by Engineers