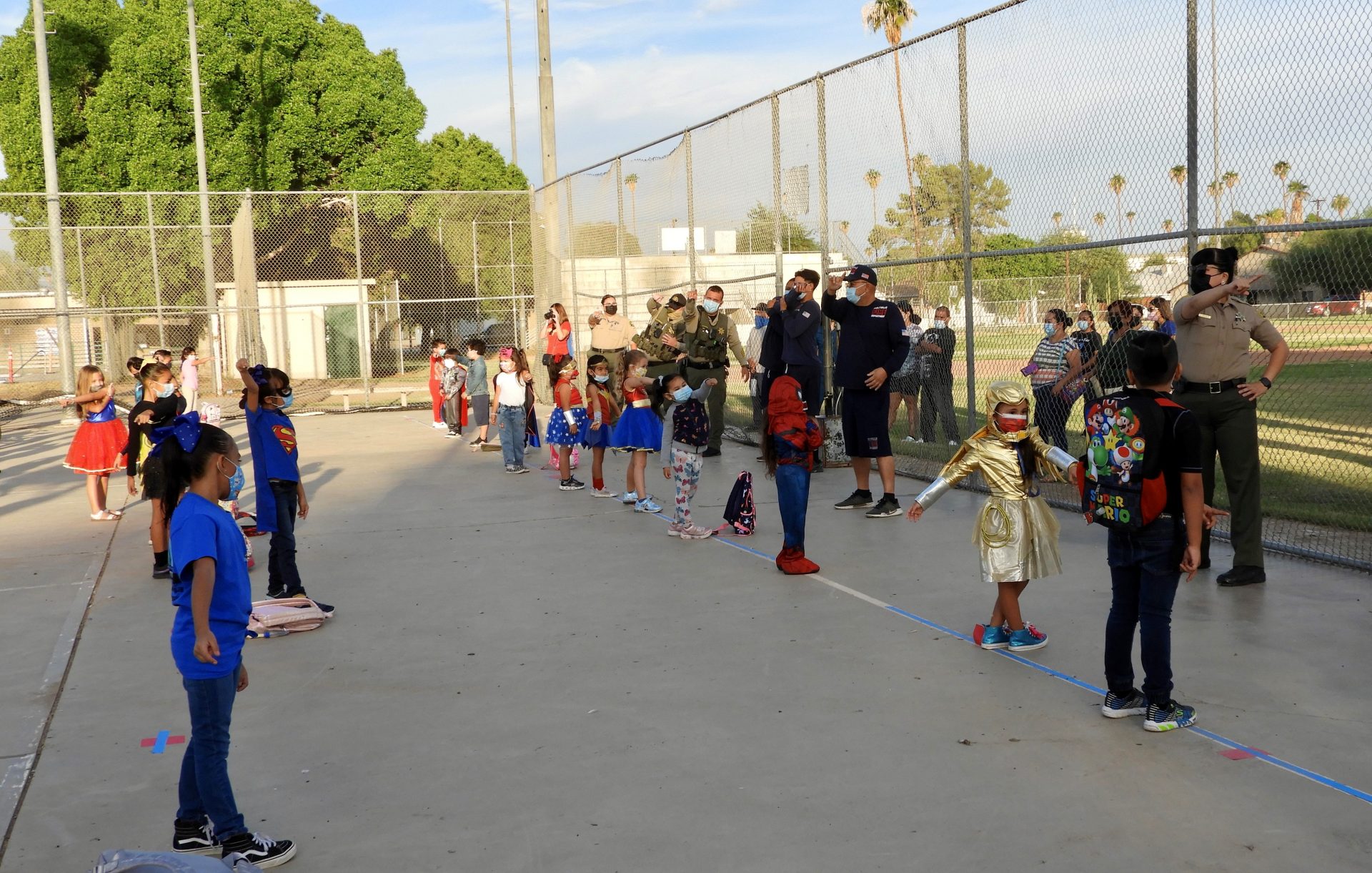 Holtville Fire Chief Alex Silva (right of center, with blue shorts), along with his staff and deputies from the Imperial County Sheriff's Department teaches the students how to properly stretch before exercise, so they can avoid injuries, during the first of three days of the city’s Walk-to-School event on Monday morning, Oct. 4. | MARCIE LANDEROS PHOTO
In EducationRegional News

HOLTVILLE — Wearing a Wonder Woman costume, Erica Perez happily walked to school with her mother, chatting with her friends and members of the Holtville Fire Department as she strolled along city streets.

“I feel good today, because I am finally back in school, and it’s not too hot, so I could walk to school with everyone,” the 8-year-old Emmett S. Finley Elementary School third-grader said on Monday morning, Oct. 4.

Erica and her classmates, wearing comic book superhero costumes in honor of Spirit Week at their school, along with their families took part in the first day of their “Walk to School” event, bringing the community together to educate youths about the importance of exercise.

A three-day event meant to culminate on Wednesday, Oct. 6 — National Walk to School Day — started at the tennis courts at Ralph Samaha Park, at the corner of Holt Avenue and Seventh Street, where some 66 students and families gathered.

Coordinated by Holtville Fire Chief Alex Silva, the students stretched and warmed up before heading the half mile to the Finley Elementary campus. Holtville Middle School also had students attend, and they continued their journey on their respective campus.

“We want to encourage kids to get 60 minutes of exercise a day, and this Wednesday being the National Walk to School Day, we decided to have the event,” Holtville Fire Chief Alex Silva said. “We have been doing this for 13 years where we get the kids to come, and we do calisthenics and then we walk over to school.”

The Walk-to-School event was hosted by the Fire Department, but also received support from the Sheriff’s Department, the city Public Works Department, and staff from Finley Elementary, all of whom escorted the students safely to the school.

“This is really nice. They got the sheriff’s (deputies) to walk with us, and the public works guys blocked the road to keep us safe,” said Maria Lopez, the mother of a seventh-grader at Holtville Middle School.

Finley Principal Marco Page might have been as giddy with anticipation as his students.

The students and their parents shared Page’s excitement, as they could be seen smiling, laughing, and talking to the children and among themselves.

“This is a great event and especially since we didn’t do it last year. Because of COVID, we had to skip it last year, so we’re really looking forward to this year,” Chief Silva said.

Originally, the National Center for Safe Routes to School focused on accidents where children were struck by cars, raising awareness about the dangers children face on their way to school, trying to ensure safe routes for students to take when walking to school.

Today, however, the center has expanded its mission to also include education about health and exercise, focusing on how walking or biking to school can serve as a part of the 60 minutes a day of exercise that the U.S. Department of Health and Human Services recommends, and developing lifelong healthy habits.

“We don’t want anybody pull a hammy, especially when they get old like me,” Silva said with a laugh as he explained why he had the kids stretch, putting the focus back on learning for a lifetime, rather just for these three days. 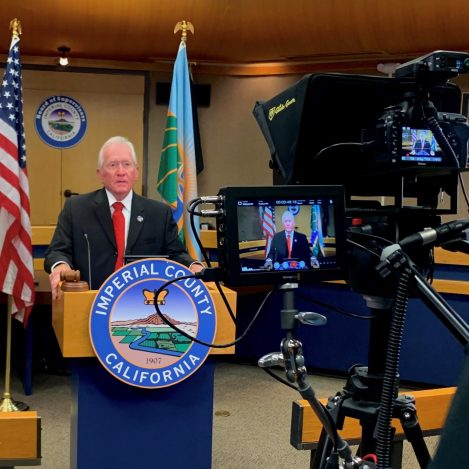