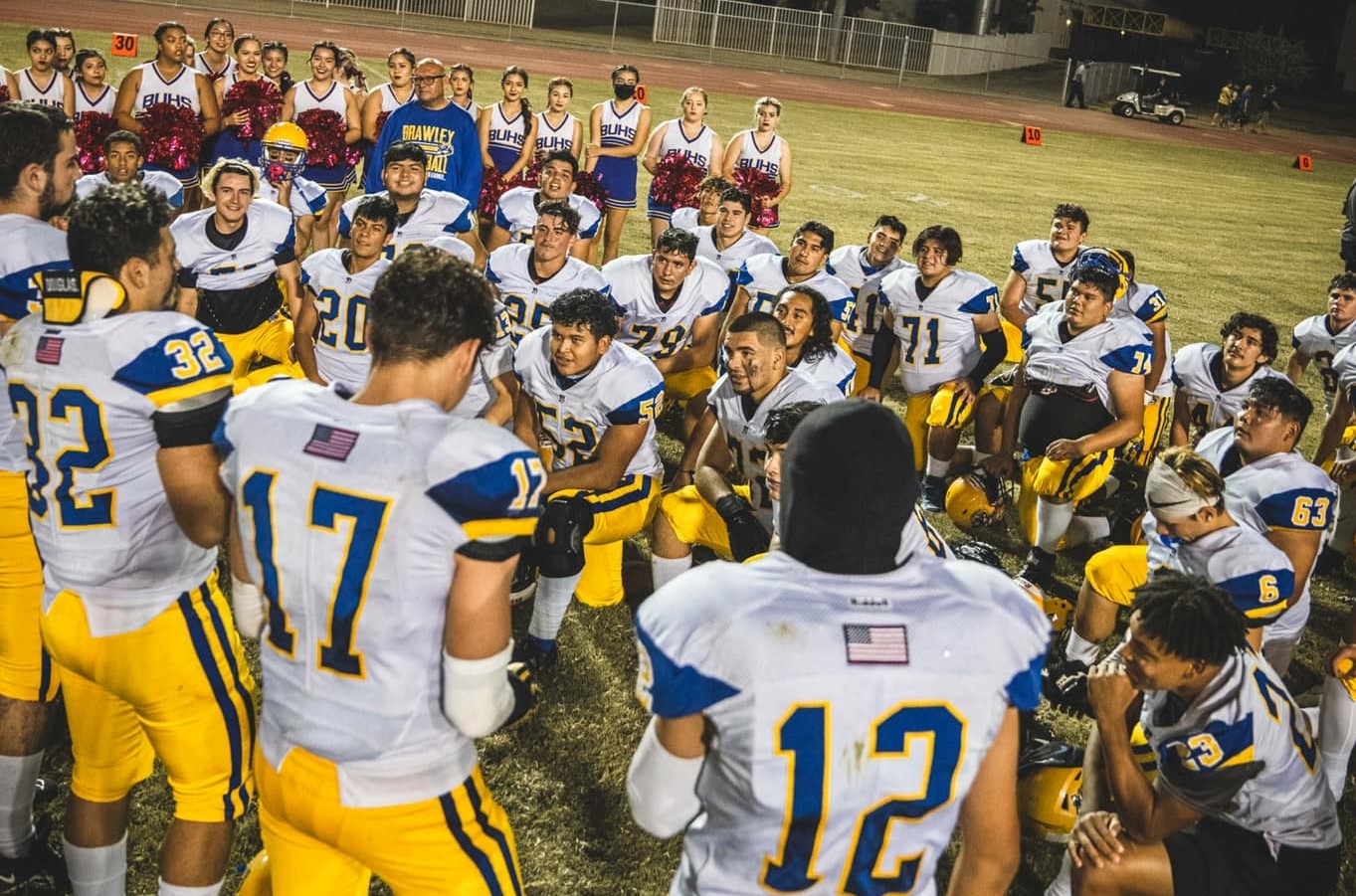 The Brawley Union Wildcats gather on the field after their 50-6 blowout of Southwest High in El Centro on Friday, Oct. 1. It was the Imperial Valley League opener for both schools. | JOHNATHAN BUTLER PHOTO
Home
Sports
In Sports

EL CENTRO — The Brawley Union High football team made it five straight victories with a 50-6 drubbing of Southwest High in the Imperial Valley League opener for both schools here on Friday, Oct. 1.

The Wildcats (5-2 overall, 1-0 in IVL) jumped on top 14-0 after the first quarter and led 35-6 at the half. Junior quarterback Ethan Gutierrez threw for two touchdowns and ran for another to lead the Brawley offense.

Next up for the Wildcats is an IVL home matchup with Imperial at Warne Field in Brawley, scheduled for 7 p.m. on Friday, Oct. 8.

Southwest will be back at home on Friday, Oct. 8, with a 7 p.m. kickoff against Calexico in an IVL showdown.

The Yellowjackets (4-2 overall, 1-0 in DL) entered the game as the top-ranked team in the CIF-San Diego Section Division V, while the Hornets (2-4 overall, 0-1 in DL) sat at 17th in the rankings.

Up next for Calipatria is a road game against DL foe Vincent Memorial, set for 6:30 p.m. on Saturday, Oct. 9, at Southwest High in El Centro, which is where the Scots play home games with no field at their Calexico campus.

For Palo Verde, the Yellowjackets have a huge DL matchup at 7 p.m. on Thursday, Oct. 7, hosting Holtville. The Vikings sit at the No. 3 spot in the CIF-SDS Division V rankings.