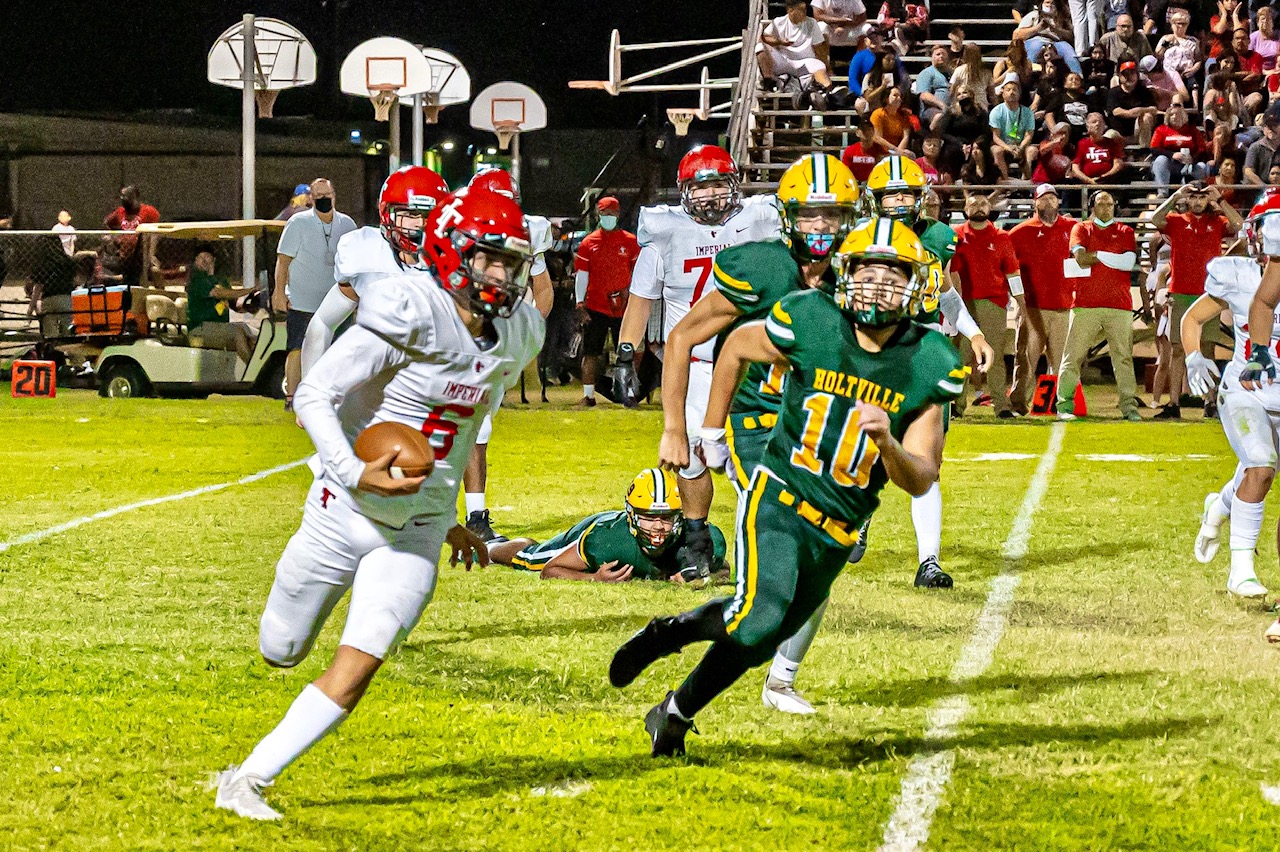 HOLTVILLE — The Holtville High School football team led for 44 minutes but couldn’t hold off a late surge by Imperial as the Tigers scored a 14-8 victory in the I.V. Classic rivalry game at Birger Field in Holtville on Thursday, Sept. 30.

It is the third straight win for Imperial (4-2 overall) as the Tigers got the game-winning touchdown with 3:48 left in the fourth quarter.

Trailing 8-7 with 9:22 left in the game, the Tigers got possession after a Holtville punt at its own 34-yard-line. Imperial proceeded to march 66 yards in 10 plays with junior quarterback Christopher Tiernan doing the bulk of the work, including getting the final four yards for the touchdown.

Tiernan carried six times on the drive for 27 yards and hit junior Alejandro Perez on a 15-yard pass on third-and-six early in the drive to keep the Tigers’ hopes alive.

Ethan Gonzalez Lopez booted the extra point to give the Tigers the 14-8 advantage with 3:48 to play.

On Holtville’s final drive, the Vikings (5-1 overall) started at their own 33-yard-line and got to Imperial’s 44-yard-line but was faced a fourth-and-two with 1:45 to go in the game.

After taking a timeout to discuss the play, the Vikings gave the ball to senior running back Payton Iten on an inside handoff. The Tigers blitzed the play and stuffed the reigning Desert League Offensive MVP for no gain to cause the turnover on downs.

With a couple of running plays, Imperial was in “victory” formation securing the 14-8 victory.

“During that timeout I talked to my guys and we wanted to run that play,” said Jason Turner, Holtville’s fifth-year head coach. “Give credit to them (Imperial) and their defense for the stop.”

The Vikings opened the game with some fireworks as senior Dorian Maize returned the opening kickoff 92 yards for a touchdown, fielding the ball on the left side and making the trek across the field and down the right sideline for the score.

Iten ran in the two-point conversion and 16 seconds into the game the Vikings were up 8-0.

“That play is designed to go to the right and once I got around the edge on the right my blocking was set up perfectly,” said the 17-year-old Maize. “It worked like it was supposed to, my guys made some great blocks down the field.”

It was the only thing the Vikings could muster all night as the Tigers’ defense shut down the Holtville rushing attack. Imperial held the Vikings to 163 yards of offense, including 148 on the ground and just 15 through the air.

“Imperial’s defense came to play tonight and they completely shut down any passing game we were hoping to have,” Turner said. “But it seemed like we made some little mistakes all night that just cost us.”

After Maize’s opening touchdown, both teams traded decent drives but couldn’t put any points on the board through most of the first half until the Tigers mounted a 14-play, 69-yard drive late in the second quarter that finished with a two-yard touchdown run from Tiernan. Gonzalez Lopez kicked the extra point and Imperial pulled within 8-7 with 2:06 left in the opening half.

“Defensively I thought tonight was our best game of the season,” Turner said.

Imperial had 258 yards of total offense, with 207 coming on the ground. Tiernan finished the night with 124 yards rushing on 27 carries with the two touchdowns. Junior Seth Shaw finished with 49 yards rushing and senior Jeremiah Naylor had 34 yards on five carries.

“We just kept making simple mistakes on offense that cost us,” Maize said. “We’d have a penalty or lose yards on a play and it is tough to come back from that.”

The Vikings now prepare for their Desert League opener against Palo Verde Valley High of Blythe, with kickoff scheduled for 7 p.m. on Thursday, Oct. 7, in Blythe.

Imperial will open its Imperial Valley League season at 7 p.m. on Friday, Oct. 8, against the Wildcats at Warne Field in Brawley. 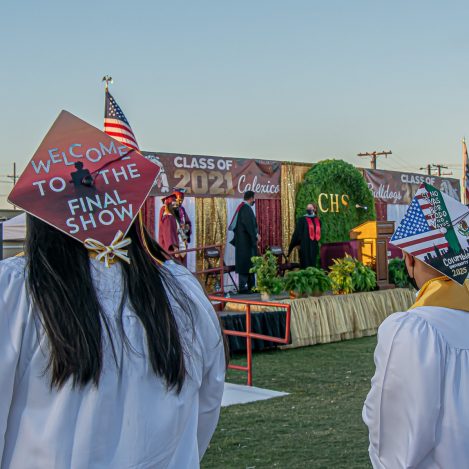