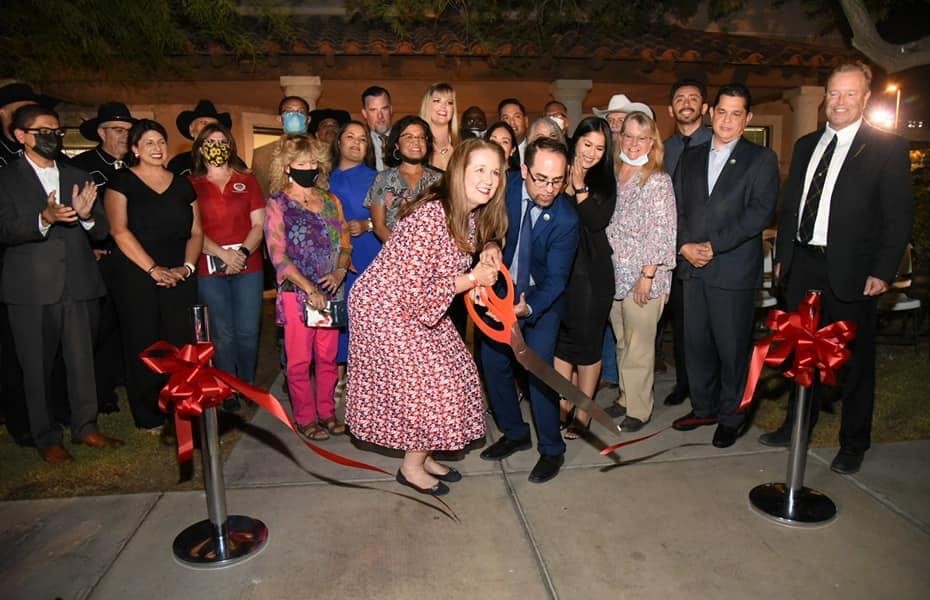 EL CENTRO — There was much excitement in the air as the Imperial Valley Regional Chamber of Commerce “officially” opened its doors on Thursday, Sept. 30, during a ribbon-cutting ceremony, promising “Business Without Borders” and new partnerships.

“I’m excited, but we’re not done yet. There’s a lot of relief for staff because they’ve worked so hard, but we’re not done, the work is just beginning. And so, like we said tonight, we’re open for business, and we’re going to conduct ‘Business Without Borders.’ And that’s what we’re all about,” regional chamber Chief Executive Officer Daniel Sohn told this newspaper in an interview after the event.

While the regional chamber has been operating for a couple months already, Thursday marked its grand entrance on the scene and what appeared to be the revealing of its new slogan. The message of “Business Without Borders” resonated with the crowd and could be heard echoing in conversations for the rest of the evening.

“We are better together. We really need to take down the borders, between cities, between businesses, between opinions and attitudes. And we need to join together for the Imperial Valley,” regional chamber board President Anne Irigoyen said following Thursday night’s ceremony.

“‘Business Without Borders’ is a regional concept, where we come together to advocate on behalf of our local businesses. We must do it with a strong board together. We no longer as a valley can be divided by municipal lines, districts, so on and so forth,” Sohn said. “We are now a regional chamber of commerce. So, despite where our businesses are located within Imperial Valley, our job is to make sure that their voices are our voices and that we’re all heard together.”

“We are really excited to see the regionalization of the chamber. We’re a large economic driver of the Valley as well, with our sailors and our workforce that live on the base, all throughout the Valley, and we drive economics and with our workforce on the base and the families live in town,” NAF El Centro’s commanding officer, Capt. William Perkins said. “We’re really excited to see the growth and the moving forward. And we’re happy to be part of this process.”

NAF El Centro was not alone in looking forward to working with regional chamber. Both Mark Wheeler, interim dean at SDSU-Imperial Valley, and Dr. Lennor M. Johnson, interim superintendent/president for IVC, spoke during the event, promising to work with the chamber to help develop the skills students will need to be hired in the Imperial Valley.

“It’s really incredible. To get the collaboration between three separate entities coming together to form one powerhouse, it’s pretty remarkable. It just really illustrates what the Valley is all about, all of us coming together to really make an impact,” Johnson said.

Sohn shared that the regional chamber, which to date is the joining of the El Centro, Imperial and Westmorland chambers, also plans to focus on education and advocacy for businesses moving forward, offering trainings for businesses on a wide range of subjects, at no additional cost for the business and working with government officials and lawmakers on policies for businesses.

“It’s our responsibility to advocate on behalf of (businesses) when they don’t know how to or where they need assistance. In doing so, a big part of the regional chamber is doing advocacy and legislative priorities amongst all the other events, of course. Those are just ‘rah-rah’ community camaraderie, but really, the regional chamber is about advocacy across the Valley, not just El Centro, not Westmorland, not Imperial, all across the Valley,” Sohn said.

Imperial Mayor Karin Eugenio expressed excitement about working with the chamber, sharing that their events will be done in partnership with the chamber, eliminating competition between the city and its chamber. They relationship had a public falling out a couple years back that predated the regionalization.

“The greatest message I’d like to convey is how much we value commerce in the city of Imperial. Like I said at the podium, we know our business owners, we frequent them. They are neighbors, our peers, the people that we see often,” Eugenio said. “Having this new entity that brings so much hope to our region, I feel is going to really be a valuable asset to our county on the whole. I’m just excited.”

“I just want to thank everybody who was involved in this. I mean, honestly, this is not a one-person show. Between our committee that originally met, all of the different chambers’ input, it’s been an amazing collaboration, and working together has been a really unique experience because each city in this Valley has something special,” Irigoyen said. “But the overall opinion is that Imperial Valley is amazing.” 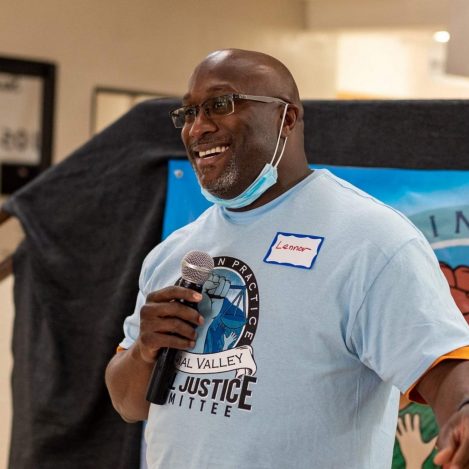