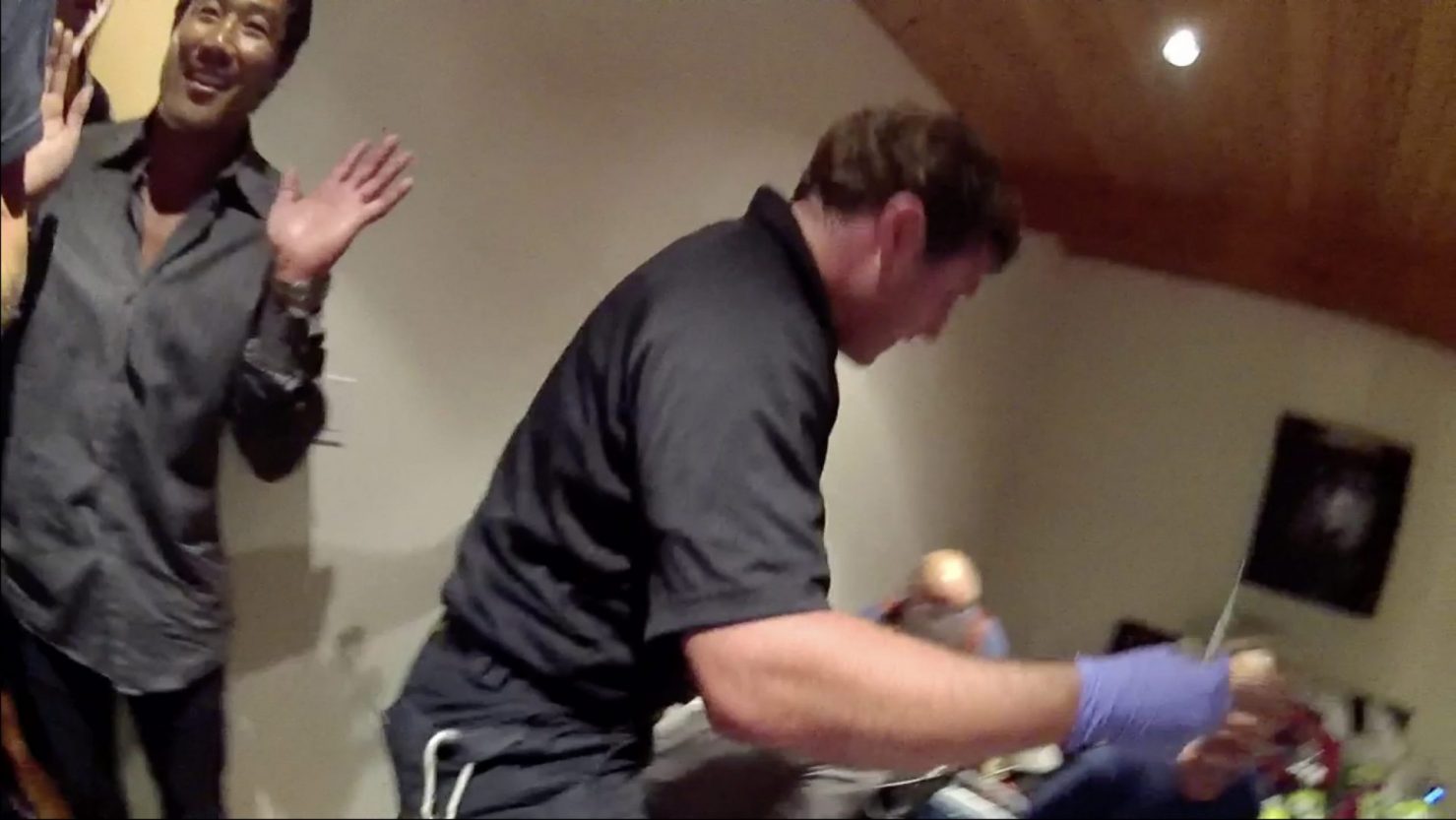 After a 10-month internal investigation, two firefighters and two fire captains received suspensions for their actions at a wedding after-party in Santa Barbara County where at least eight Long Beach Fire Department employees had gathered with other guests to drink and celebrate.

That discipline, though, caught some by surprise. In the days after the chaos, then-Fire Chief Mike Duree assured the two firefighters accused of the most egregious conduct that they wouldn’t be punished, according to records reviewed by the Long Beach Post and multiple interviews.

Instead, he reportedly told them to apologize and return to work immediately. Duree would leave the department about a week later, having announced his retirement days before the Santa Barbara party. But as the full scope of the incident came into view and word of what happened spread, Duree’s decision to forego any punishment was apparently reversed—although it’s unclear by whom.

The new fire chief, Xavier Espino, said an investigation was already in progress when he arrived. He ultimately disciplined four LBFD employees. Because of that, the department’s files on the incident became public records. California law requires cities and other public agencies to release documents about substantiated misconduct by their employees in most cases.

The Long Beach Post obtained the extensive records this month following a request for disciplinary files. In this case, hundreds of pages of interviews with Fire Department employees, Santa Barbara County firefighters and Santa Barbara County Sheriff’s deputies provide the first detailed public view of what happened at the party.

“So you’ve got a bunch of intoxicated firemen here that are all trying to help, and they’re hammered,” the deputy says at one point while he asks an off-duty firefighter what drugs he took. “That’s crazy.”

The video shows sheriff’s deputies and local firefighters arriving at a crowded home in a quiet part of the Santa Barbara hills around 2 a.m. on Aug. 26, 2018. Paramedics and deputies rushed to the scene after two people stopped breathing. As crews arrive, two more people collapse. First responders said they showed symptoms of overdosing on some kind of opiate. All four eventually recovered.

Before local emergency crews arrived, Long Beach firefighters rushed to help their ailing friends, but they were slow to make way for sober professionals, whom they peppered with instructions or demeaning comments.

“These are all firemen?” Santa Barbara County Sheriff’s Deputy Ken Rushing asks incredulously at one point.

“I don’t care who and what they are, they are fucking acting like shitheads,” a female medic responds. “If they’re firemen it’s embarrassing.”

Chief Espino said he had a similar reaction when he watched the firefighters’ behavior on body camera footage.

“I was embarrassed for our department,” he said. “I was pretty staggered by seeing that.”

The incident made headlines shortly after it happened when the Post reported Long Beach firefighters were believed to be among the four people given the anti-overdose drug naloxone hydrochloride, commonly known as Narcan. Beyond that, though, authorities released few details.

The new records confirm two of the people taken to the hospital that night were Long Beach firefighters: Christian Fernandez and Jason Scott. They’d each been with the LBFD for more than a decade—17 years for Fernandez and 15 for Scott.

Fernandez, the groom at the wedding, was the only one who admitted to using drugs. In the video, he tells the sheriff’s deputy he did “a line of something” that looked like cocaine. Scott denied ingesting anything other than alcohol.

Two women were also taken to the hospital, but the documents provided by the LBFD do not provide their names or discuss their part in the incident because they aren’t Fire Department employees. The Post is not publishing the body camera video because it shows the women receiving medical treatment and, although their faces are redacted, they could be easily identified by the context.

Both Scott and Fernandez agreed to take 30-day suspensions and submit to five years of drug testing after the LBFD threatened to fire them.

Two fire captains, Steven Zaan and Darren Cureton, were also suspended for ignoring or disobeying orders from sheriff’s deputies who were trying to clear the scene for medics.

Zaan, who was a firefighter at the time but has since been promoted, received a pay reduction equivalent to a 144-hour suspension, and Cureton received a five-day suspension, according to the LBFD.

Some LBFD employees interviewed for the department’s investigation defended their coworkers’ actions. They said local emergency workers seemed overwhelmed by the situation, prompting Long Beach firefighters to jump in.

But the crowd didn’t just try to help. They also started throwing out snide remarks like, “So this is your big call for the night?” sheriff’s deputies said.

Rushing later told the LBFD’s investigator that he believed Zaan and Cureton deserved to be arrested that night for obstructing first responders and disregarding deputies’ instructions to back off.

Zaan at one point pulls an IV out of a medic’s bag before being shooed away and told he can’t help treat his friends because, as Rushing puts it, “you’re hammered; you’ll lose your fricken license if you do that.”

Rushing said he also had to grab Cureton by the arm to keep him from going back into the bedroom where people were being treated, which he’d been repeatedly told to leave.

“I think we were being overly patient with these people,” Rushing told the LBFD’s investigator. The deputy also said he believes partygoers lied about where the drugs came from, telling only a vague story about strangers showing up with a mysterious white powder.

Later, Fernandez would say he didn’t remember taking any drugs, but he nevertheless asked department brass for forgiveness, saying he was “humbled, embarrassed and extremely apologetic.”

“My loss of control and lack of accountability forever tarnished what should have been a celebration,” he said during a 2019 meeting to discuss the discipline pending against him. “And for this, I’m truly sorry.”

In the months after the incident, Fernandez said he threw himself into therapy and counseling.

Partisan Policing: Calling Riverside County Sheriff Chad Bianco a ‘Danger,’ a New PAC Hopes to Unseat Him in the Next Election

“I know that I’ll never be able to erase what happened. I know that I’ll always live with this for the rest of my life, and that is truly tragic,” he said. “However, I also know that there is one thing I can control, and that’s how I recover.”

Scott, Cureton and Zaan also apologized for their actions, saying it was a stressful and emotional situation where they felt compelled to help their friends who needed medical aid.

The firefighters declined to comment any further when contacted through a union representative this week. None have had any disciplinary issues since, according to Espino.

Espino said the consequences “sent a message to those individuals” and other firefighters about the expectations of the Fire Department’s command staff.

Those expectations, however, may have been different in the recent past. Some time before Espino took over the department on Oct. 6, 2018, Scott and Fernandez were summoned to the office of then-Chief Duree.

Duree, Scott later said, sternly lectured them about bringing negative attention to the department and told them they were “quality,” “well-liked” employees who needed to set a good example on and off duty.

The head of the local firefighters union, who was at the meeting, said even he was shocked by the chief’s decision at the time.

“He was going to give zero discipline whatsoever,” Long Beach Firefighters Association President Rex Pritchard said. That seemed out of balance to Pritchard, who said other firefighters had been disciplined more harshly for less serious conduct.

Despite Duree’s reported assurances, the city soon hired an outside attorney to conduct the investigation that resulted in the suspensions. It’s unclear if the chief reversed himself or someone else made that decision. Duree, who is now retired, did not respond to messages left at two phone numbers listed in his name.

Not all LBFD employees agreed with Pritchard that Duree’s initial decision was lenient. One firefighter, whose name is redacted in the files provided to the Post, said it troubled him that his coworkers faced an investigation for helping partygoers who’d collapsed.

If the people who appeared to be overdosing weren’t connected to the department, he told the outside attorney, “we wouldn’t be sitting here, we would be at an American Red Cross Awards dinner, getting an award.”

(This story by Jeremiah Dobruck first appeared in the Long Beach Post and is made available as part of the CalMatters Network.) 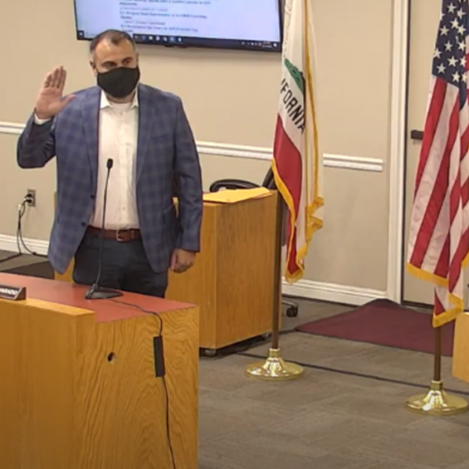