CALEXICO — The following reports were collected from the Calexico Police Department call logs from Sept. 20 through Sept. 27.

2:33 p.m.: A citizen called police dispatch to advise that he was in pursuit of a suspect who had allegedly stolen packages from a neighborhood in the 1000 block of Andrade Avenue. The reporting party detained the suspect who was later identified as Stephanie Joann Hernandez. Hernandez was found to be in possession of several packages addressed to a resident on the 1100 block of Paseo De Su Majestad. Hernandez was arrested for petty theft and taken to the Calexico Police Department for booking.

8:13 p.m.: While assisting with a drug arrest on the 100 block of Third Street, a Calexico police officer contacted a nearby male subject known from previous police encounters identified as Francisco Ramirez. Ramirez consented to personal search and police found him to be in possession of a glass pipe and 10 grams of methamphetamine. Due to the large amount of narcotics found on Ramirez and the fact that another subject was being arrested for methamphetamine possession just feet away, Ramirez was placed under arrest for possession of methamphetamine for sale. Ramirez was cited and later released on a promise to appear in court at a future date.

3:27 a.m.: An officer on patrol in an alleyway in the 400 block of Imperial Avenue contacted two male subjects in the process of injecting a substance suspected to be heroin. While instructing the two men to get up and put their hands behind their back, the officer spotted a concealed knife in the waistband of one of the suspects, identified as Juan Jose Garcia. The officer drew his taser and Garcia attempted to flee the scene. The officer fired his taser and hit Garcia twice with no effect. A scuffle ensued and Garcia wrestled the taser away from the officer and attempted to use it on himself and on the officer. The officer then gave Garcia commands to stop resisting and struck the suspect in the face five times with a closed fist. Fearing that the suspect was attempting to draw a weapon, the officer drew his service weapon and told Garcia to put his hands where he could see them, or he would shoot. Garcia then compiled and was arrested without further incident.

8:15 a.m.: An unidentified male subject was found dead in an abandoned building in the 300 block of Cesar Chavez Boulevard. The body was reported by a city parks worker who said it was brought to his attention by a transient male with neck tattoos who said the dead man had gone by the moniker “Joker.”

Noon: Police conducted a traffic stop on a gray BMW in the 1000 block of Andrade Avenue and found the driver, identified as Maria Ortiz, to be in possession of about $20,000 in cash. Members of the Imperial County Joint Narcotics Task force arrived on the scene and took custody of Ortiz. Her vehicle was towed.

12:52 p.m.: Police were dispatched to the 100 block of Rockwood Avenue after a transient reportedly stole six display mannequins from in front of Sandra’s Fashions clothing store. The mannequins were later found unharmed in a nearby alley but the shirts they were wearing are still at large, an estimated loss of $130. 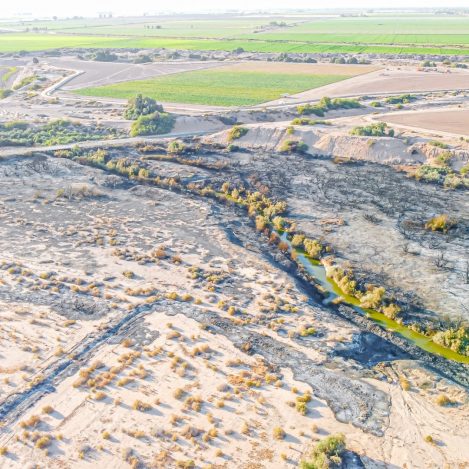