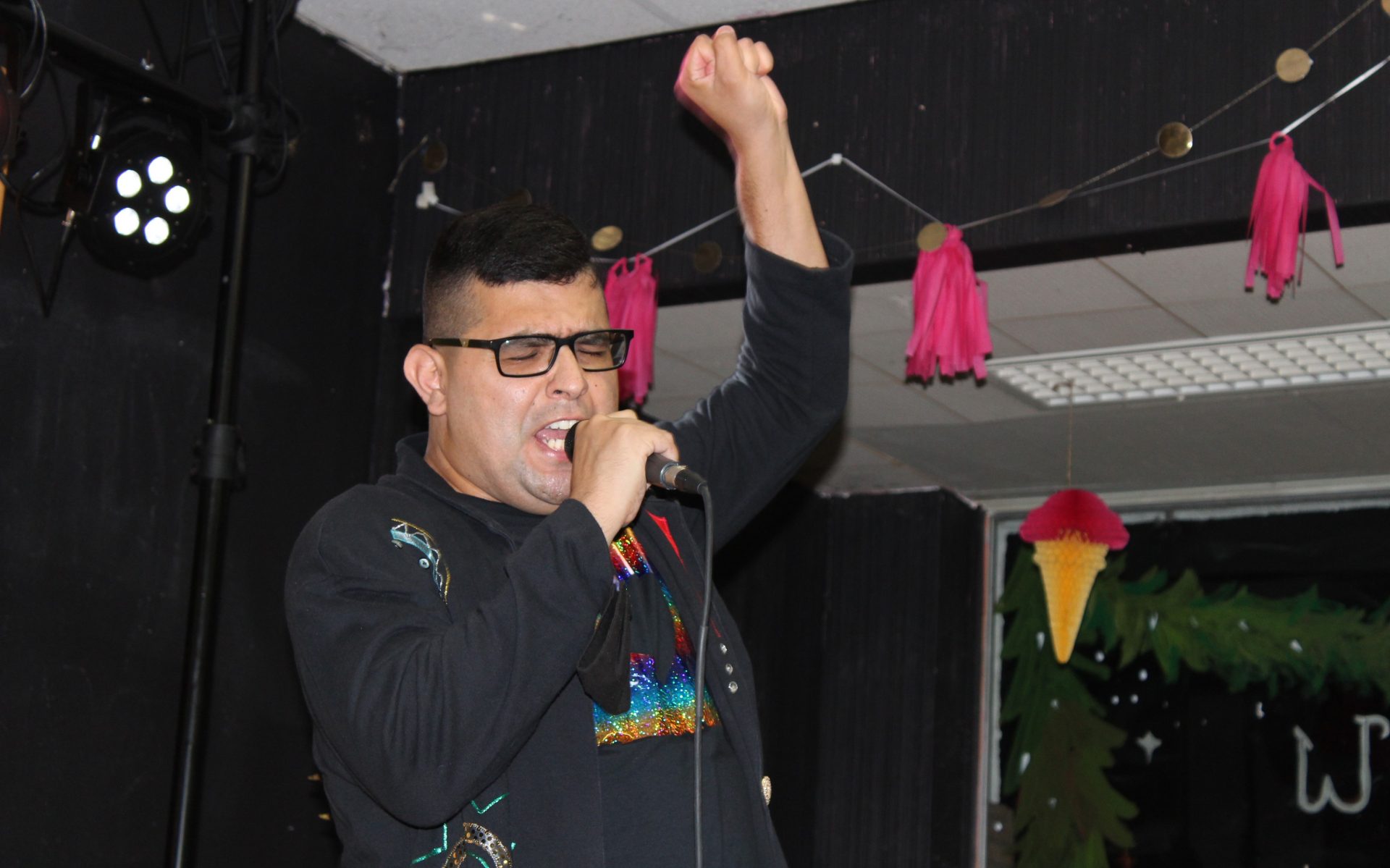 Gregory Garcia pumps fist skyward as he gets into his song choice, “Satisfaction,” for the Imperial Valley LGBT Resource Center’s Talent Search competition at Brawley Creamery on Sept. 17. Garcia would go on to win the People’s Choice award voted on through the resource center’s Facebook page. Garcia, along with the two judges’ choices will perform at the IV PRIDE festival on Oct. 9 at Stark Field in El Centro. | KATHERINE RAMOS PHOTO
In Regional News

BRAWLEY — Imperial Valley PRIDE’s Talent Search, one of the focal points of the LGBTQ+ community’s annual coming-out party and festival next month, has birthed its own brand of stars like Mexicali’s Sophia Kahlo.

A former talent contestant and drag queen, Kahlo was crowned 2020’s “Reina de Reinas” Mexico XL and will return to this year’s sixth annual festival on Oct. 9 at Stark Field in El Centro.

One of the several Talent Search hopefuls who took part in three separate preliminary events this month are hoping for their shot at stardom during the Imperial Valley LGBT Resource Center event.

During one such event Sept. 17 in Brawley, the would-be stars said they were honored to be performing for the LGBTQ+ community in a safe, inclusive space.

“I felt privileged to see the other performers in the Imperial Valley and I wanted to give back to the LGBT community,” singer Gregory Garcia said after the Sept. 17 prelim inside Brawley Creamery. He had already performed at an earlier prelim in El Centro on Sept. 10.

Galexia Octavia Venus performed to represent the Valley’s drag queens as well as entertain and have fun with her LGBT community. Venus had previously performed for the LGBT Center’s 2019 Talent Search and for the center’s Valentine’s Day dance.

“There needs to be a voice for the LGBT+ community. If it’s not talked about in the Valley, then it’s going to die down,” Venus said.

The around which the talent show revolves is important for Imperial County, said IV LGBT Resource Center founder and director Rosa Diaz.

“PRIDE is a way to build a bridge the gap between the conservative views and the LGBTQ population and give them a place where family members can come and be a part of this celebration with us,” Diaz said recently.

IV PRIDE occurs in October due to the cooler weather as opposed to national PRIDE Month in June. Yet this month’s event and celebration coincides with October’s designation as national LGBT History Month.

Diaz said the resource center started IV PRIDE to bring the fun and atmosphere of PRIDE events to the Imperial Valley. Inspired by the big parades and festivals in large cities like San Diego and Los Angeles, Diaz said the center just wanted to celebrate and show the Valley that the LGBT community is here.

Not knowing what to expect the first year IV PRIDE was staged, Diaz said the inaugural event was a smashing success when about 500 people showed up that day.

Since then, the event has outgrown the center’s parking lot on Ross Avenue and more and more agencies are showing support, as well more city officials and parents and guardians getting involved. Diaz said it shows these groups are becoming more comfortable with supporting the LGBTQ+ community like never before.

This will be the return of a festival atmosphere amid the COVID-19 pandemic. Diaz said last year the event was kept alive through a 45-vehicle caravan making its way through El Centro honking, cheering, and expressing just as much pride as a large gathering.

In years past, Diaz said, IV PRIDE has been staged in downtown Main Street in El Centro, but this year, for the first time, it will be at Stark Field. Diaz said this will definitely be a more secure location and safer for people instead of being in the street.

The Talent Search portion of PRIDE has long been a highlight of the event, Diaz said, as “it’s an opportunity to give people a chance to do something that they probably do in their bedroom already or in the shower.”

On Sept. 17, eight people performed. Singers, dancers, guitarists, and drag queens took the stage in person and online. A panel of judges watched it all, taking notes and giving scores.

Judge Luna de la Morte said the event creates a safe space for those who want to express themselves without fear of being booed.

The three judges picked Marco A. Lopez and Michael Godinez as the winners and People’s Choice, which was voted through Facebook, went to Gregory Garcia. All will go on to perform at Imperial Valley PRIDE.

On Sept. 10, another search event was held at the Imperial Valley Colectivo in El Centro. Some contestants performed at both the El Centro and Brawley prelims.

Carmelita Ruiz sang at both and was happy to perform somewhere she knows she can express herself.

“I know this is a safe space, and if I’m comfortable anywhere, it’s here,” Ruiz said. “It’s really nice that Ms. Diaz does all this and everybody really helps out. It’s really nice to come to these kinds of things.”

“It’s a good thing for the community, there’s a lot of people that are talented and we should see their talent,” said Nadia Reyes, another singer who conquered her fears and got on stage.

Diaz said the resource center wants to do more than just the talent search and hopes to hold more similar events.

“We’ve got some amazing talent we don’t even know we have until we give them the stage,” she said during the Sept. 17 event.

This year’s IV PRIDE is gearing up to be the biggest yet, Diaz said. Forty-five local agencies have signed up to be a part of the event as well as a local bike club, local artists, bands and performers, and there will a “children’s garden” and plenty of food.

IV PRIDE is meant to bring the Valley community, LGBT and otherwise, together in celebration, Diaz said.

“We are part of your community. We are your doctors, lawyers, and teachers,” she said. “It’s a way of advocating, educating, and uniting the community.” 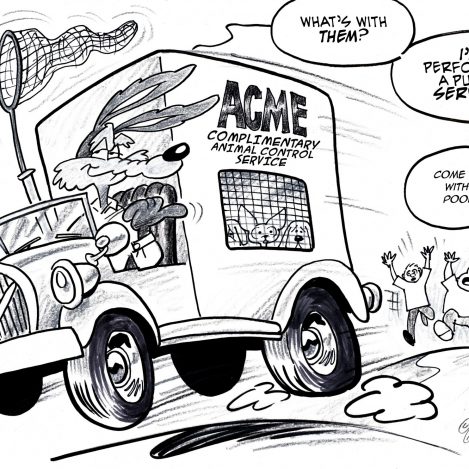