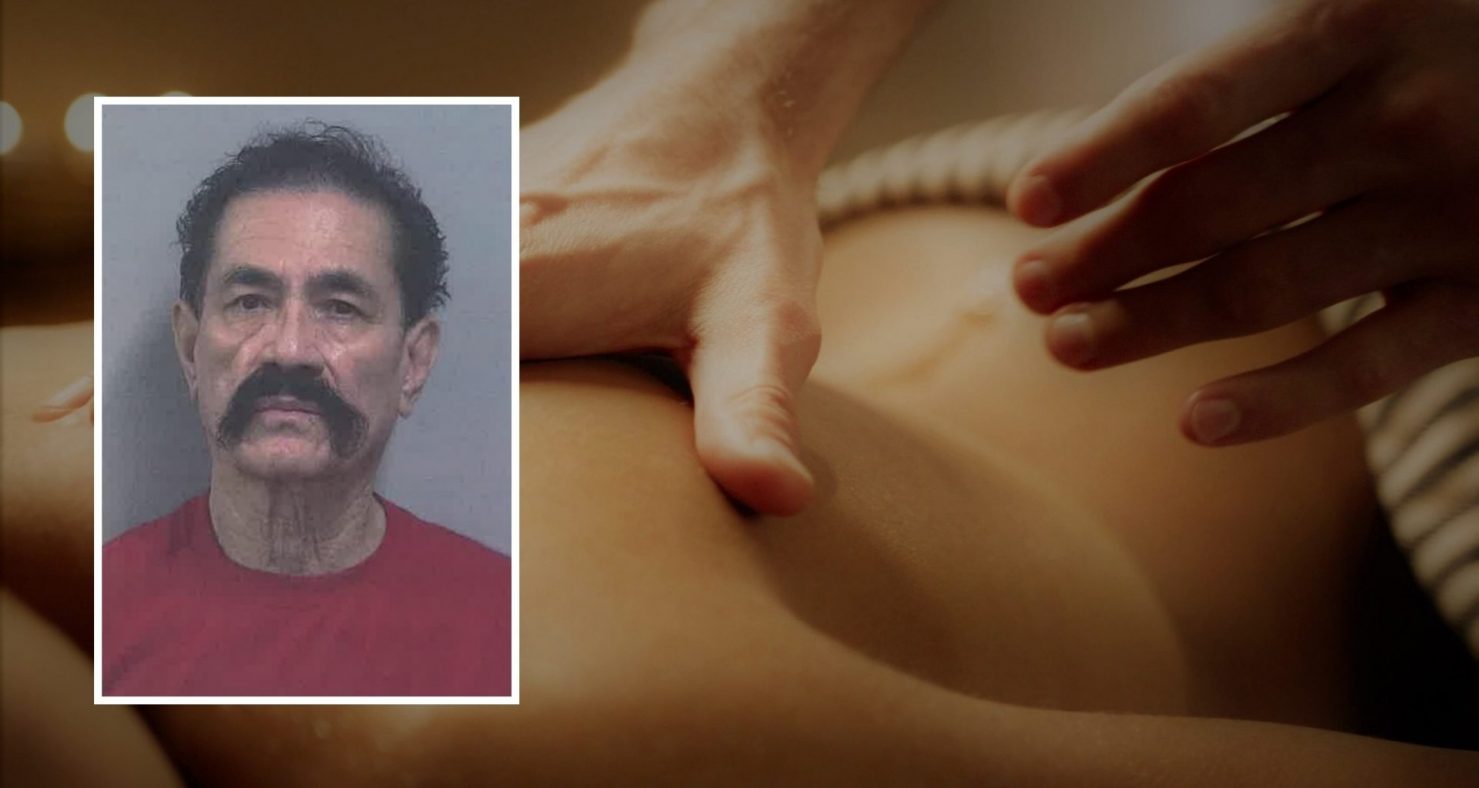 Nicolas Hernandez Oceguera, 76, of Calexico, a known “sobador,” or practitioner in indigenous massage healing, was arrested and jailed this week on suspicion of two counts of sexual assault against a 19-year-old woman he was treating for a sports-related injury in his home. Oceguera was freed on bond on Thursday, Sept. 23. | IMPERIAL COUNTY JAIL PHOTO/STOCK IMAGE GRAPHIC
Home
Local News
In Local NewsPublic Safety

CALEXICO — A well-known “sobador,” or traditional massage healer, was released from Imperial County jail on bond after he reportedly admitted to police that he sexually assaulted a 19-year-old woman this week, Calexico police said.

Nicolas Hernandez Oceguera, 76, of Calexico was arrested on suspicion of one count of oral copulation and one count of forcible sexual penetration with an object following an interview with Calexico police officers late Wednesday night, Sept. 22, Police Chief Gonzalo Gerardo said.

Oceguera was released from jail on $55,000 bond on Thursday, Sept. 23, with an arraignment still pending. Oceguera has a bail hearing scheduled for Oct. 25.

The victim’s mother, who asked not to have her name used to protect her daughter’s identity, is going public in an effort to see if any other victims might come forward against who she says was a longtime family acquaintance she trusted.

“It’s a shock to me that he actually admitted it … My concern is that if there are other victims, they will have more charges. That’s why I wanted this to be made public,” the mother told this newspaper on Thursday.

She intended to lead a Spanish-language television news crew to Oceguera’s Calexico home on Grant Street to conduct an interview on Friday afternoon.

The alleged crime occurred there.

“I already called his employer, I’ve already told my concerns to them,” she said. “I just wanted to touch all the bases and I wanted more people to know about him.”

Meanwhile, a noted sobada practioner and licensed massage therapist interviewed for this story stressed this is the case of a victimizing practitioner and should not be seen as an indictment on a trusted indigenous practice.

For their part, Calexico police have never had any prior contact with Oceguera, Chief Gerardo said, adding officers searched through their database to see whether the man had ever been accused of such crimes before and all that was found were years-old traffic infractions.

“This is completely new. He’s an older man, and he probably felt that he could take advantage of his role,” Gerardo added.

The suspect described what happened and appeared remorseful, the chief explained.

This newspaper won’t describe the details, but the alleged crime apparently occurred within seconds or minutes before the victim reacted and ran out of the house, Gerardo said.

“She jumped off the table, or wherever they were when she was getting a massage, and got her clothes and she went outside,” Gerardo said. “She called somebody, and that person called us.”

That person was the victim’s mother. The mother did take her daughter to be examined by the Sexual Assault Response Team nurse at Pioneers Memorial Hospital in Brawley.

The mother said she regrets ever taking her daughter to Oceguera, especially because it was such a betrayal.

“We’ve known him for years, I mean, over 10 years. This man is very well known in the community for being a massage therapist, with kids with sports injuries. Yeah, so that’s why I want to put him on blast,” she said.

“He’s a danger to the community, to the children,” she said, acknowledging that her daughter is legally an adult, “but you know, she’s still a teenager.”

Sobada is a traditional indigenous form of healing that has deep roots in the Aztec and Mayan cultures of Modern-day Mexico and Central America, recorded in the Florentine Codex that European explorers in the 1500s took back to the continent.

A Google search found only one practitioner in the Imperial Valley advertising their services, but the practice is widespread in Mexicali where many such businesses can be found.

“This knowledge is passed down in apprenticeships and is sacred healing work,” said Joana Yañez, a sobadora, licensed massage therapist, and founder of Rebirth in San Diego, an offshoot of sobada that focuses on maternal care.

“Sobadas are for healing, not hurting people,” Yañez said on Friday morning. “I can assure you, what this man (allegedly) did is not a reflection of this traditional healing practice.

“Unfortunately,” she said, “what this man (allegedly) did is a horrible violation and abuse of a position of power. I pray for this young person he (reportedly) abused.”

Chief Gerardo and Yañez both pointed out this is common practice in our region and abuse can happen anywhere.

Gerardo said he and his family members have participated in similar sessions over the years, and he himself had been treated for a back injury when he was younger.

Many women throughout the border region seek out the services of sobadoras like Yañez for help with fertility issues or to assist during pregnancy.

Yañez has been a practitioner of the art for more than a dozen years and explained a bit about its history.

Traditional indigenous healing practices consist of several different specialties that predate the colonization of the Americas, she said.

“There are Hiberos (herbalists), Parteras (midwives) to name a few,” Yañez explained. “Sobadores use massage or body work as their healing tool. Sobadas consist of body work (like massage) not only to relieve back pain but also to revitalize the internal organs.”

The Florentine Codex shows Aztec practitioners using egg yolks and whites, oils, and other natural materials being used to treat head wounds, as an example.

Although the crime of which Oceguera is accused was during injury care, Yañez specializes in “sobada de matriz,” which increases “healing circulation to the uterus and digestive organs to help them function optimally,” she said.

In Latino communities throughout the Southwest, from Texas and New Mexico to Arizona and California, cases of sobadores accused of sexual assault can be found in news reports, and that is upsetting to legit practitioners like Yañez.

“The fact of the matter is sexual abuse happens everywhere. In daycares, doctors’ offices, by people we trust,” she said. “Even a major massage chain in California is facing charges of sexual assault. Their massage therapists were accused of assaulting clients during a massage.

“I applaud the young girl who spoke out and the growing number of people brave enough to do so as well.” 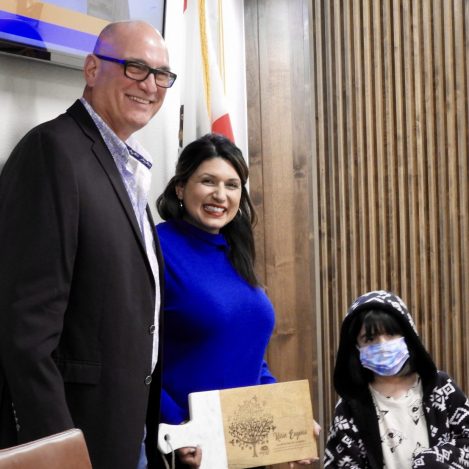