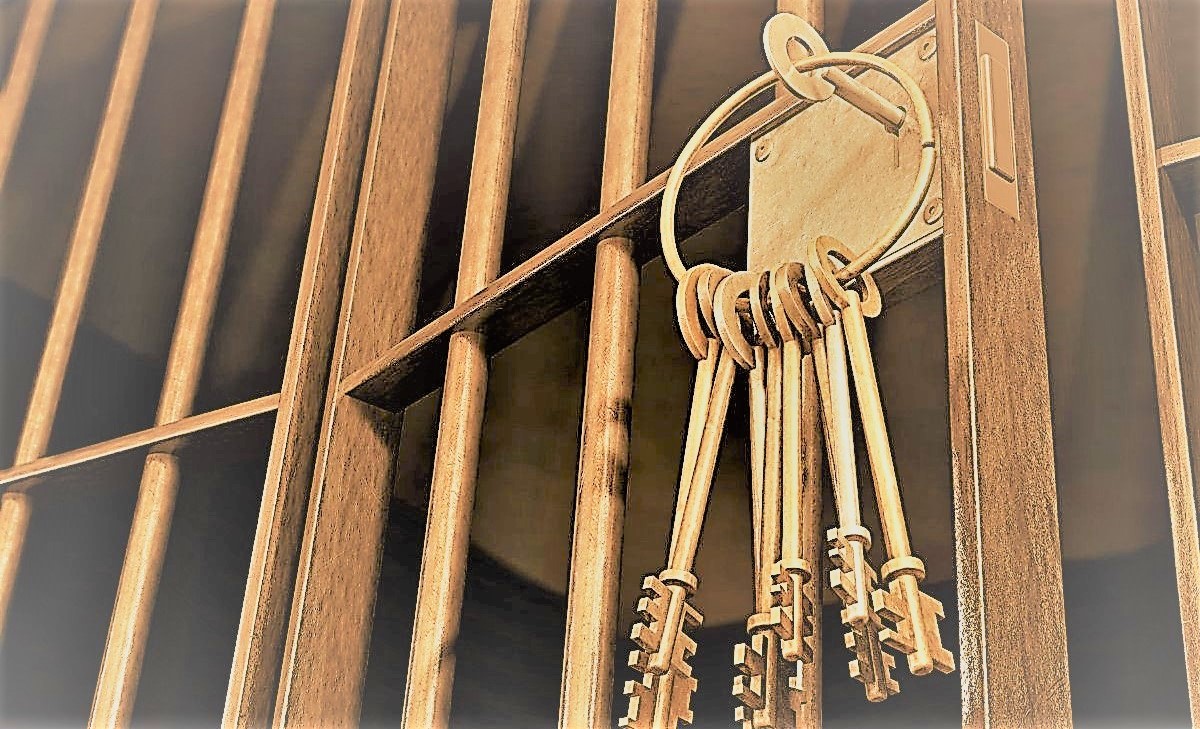 EL CENTRO — In the 27 years that Rob Zimmer has operated Spectrum Advertising in downtown El Centro, he has seen the commercial district go through its boom and its bust.

While its heyday was rife with bustling sidewalks and businesses, its downturn ushered in a prevalence of empty storefronts and vagrancy that still lingers to this day.

Yet Zimmer is cautiously upbeat these days, after having observed a noticeable drop in crimes related to homelessness and substance abuse that had previously and frequently plagued his business at 770 Main St.

But on the occasion when he feels compelled to call the El Centro Police Department to report a disturbance of some kind — most often loitering, vandalism or people appearing to be under the influence — he’s resigned himself to the fact that in many instances the police’s enforcement activity will be limited to a citation rather than an arrest.

“They bring it to my attention that their hands are tied,” Zimmer said, referring to the El Centro Police Department’s actions.

Jail Bookings Down, Police Concerns Up

Across the state, police have found themselves unable to arrest and book individuals into jail for low-level offenses.

The restrictions largely stem from a statewide emergency bail schedule that was adopted by statewide courts amid the COVID-19 pandemic and which set bail at zero dollars ($0) for individuals booked into jail for misdemeanors and low-level felonies.

The revised bail schedule was authorized by the Judicial Council of California and intended to help reduce statewide jail populations and the potential spread of the coronavirus among inmates and staff.

Adding to the complexity of the issue, some sources said, is a recent California Supreme Court ruling that found it was unconstitutional to force defendants to remain in custody because they cannot afford bail.

The apparent result has been the type of phenomenon that downtown business owner Zimmer said he has witnessed as of late, and which El Centro police Deputy Chief Robert Sawyer described as being detrimental to the general public.

Previously, police were able to arrest and book into jail individuals suspected of trespassing, loitering, petty theft, burglary, possession of stolen property and other public nuisance offenses such as being under the influence or narcotics possession.

“It really makes it difficult for us to take care of issues when there are no consequences or the consequences are not immediate,” he said. “I’ve literally had business owners call me in tears and say, ‘All you do is write tickets.’ That’s heartbreaking for us.”

Some individuals who tend to repeatedly commit offenses, such as trespassing or vandalism, also appear to have gotten wise to the recent reforms to bail policy. With the prospect of jail no longer acting as a deterrent, some of those individuals appear to have increased the frequency of their offenses, Sawyer said.

As a result, El Centro police often have had to respond repeatedly to reports of quality-of-life disturbances, or other low-level offenses, that are being committed by the same person.

“We respond throughout the day and sometimes as many as 10 times a day,” Sawyer said. “We pull up and they say ‘I know what you’re going to do. Just write me a ticket.’”

After the pandemic placed restrictions on who was being booked into the local jail, the Calexico Police Department observed an increase in encounters with individuals who were repeatedly committing certain offenses, such as burglaries, Gerardo said.

“They will reoffend within hours, sometimes,” he said. “We’ve had guys, we take them in and as soon as we release them, they’re breaking into downtown businesses again.”

Aside from the hardship it places on police and the business community, Gerardo said the department’s inability to book reoffending individuals into jail could have other indirect effects on community members, as well.

Should insurance providers determine that car thefts and home burglaries are prevalent in a certain region, based on crime statistics and driven by individuals who feel free to reoffend without consequence, the insurance companies may be prompted to raise premiums for residents of those areas, he said.

Even worse, Gerardo said, is the possibility that fed up citizens may decide to mete out their own form of justice against those they perceive to be avoiding any penalty for their criminal behavior.

“I think people are going to start taking the law into their own hands,” he said. “They’ll end up going to jail when the actual offender is not paying for the crime.”

Brawley Police Department did not respond to requests for updated information. During a July interview, a department commander said the department would need more time before it could determine whether a clear link existed between some of its enforcement activity and recent changes to booking policies.

Without a comprehensive and comparative analysis of its crime statistics, making such a determination at present would be premature, said former Cmdr. Brett Houser during a phone interview on July 1.

One challenge to making such a correlation is trying to determine how the COVID-19 pandemic may have skewed incidences of crime in general, and whether the recent bail reform may have had any further impact, said Houser, who recently left the department to become the director of Imperial Valley College’s Peace Officers Standards and Training program.

“It’s so early,” he said. “We’re going to need more time to see how this impacts us and in what areas.”

Yet, Houser did acknowledge that it would be “naïve” not to think there would be some kind of impact in the community from the court restrictions on who police can and can’t book into the local jail.

Aside from the COVID-related changes to the bail schedule, a recent California Supreme Court ruling is also making it easier for an individual accused of certain low-level offenses to be released from custody while awaiting their potential or pending trial.

In March, the California Supreme Court ruled that the state’s money bail system discriminated against indigent people who couldn’t afford bail, indicating that judges should instead consider pretrial release if no “clear and convincing” evidence existed that a defendant posed a risk to public safety.

“Other conditions of release — such as electronic monitoring, regular check-ins with a pretrial case manager, community housing or shelter, and drug and alcohol treatment — can in many cases protect public and victim safety as well as assure the arrestee’s appearance at trial,” the high court’s ruling stated.

In its opinion, authored by Justice Mariano-Florentino Cuellar, the Supreme Court also cited studies that suggested pretrial incarceration “heightened” a defendant’s risk of a losing a job, home and parental custody of their children.

The court’s ruling further noted that the state’s median bail amount is $50,000, more than five times the nationwide median amount.

There’s also another economic argument that could be made in favor of an individual’s pretrial release in place of incarceration for a low-level offense, said county Chief Public Defender Ben Salorio.

“I think putting poor people in jail for low-level offenses is probably not the best way to use taxpayers’ money,” Salorio said.

The county Public Defender’s Office legally represents individuals who cannot afford a lawyer. And while Salorio sympathized with community members and law enforcement officials who deal repeatedly with individuals who are committing the same low-level offenses without any immediate consequence, he also expressed support for bail reforms that address the longstanding discrepancies between the pre-trial incarceration rates of low-income people and those with deeper pockets.

The tendency to keep low-level offenders incarcerated until proven innocent, especially when their pretrial incarceration is largely due to not being able to afford bail and not a reflection of their threat to the community, runs counter to the due process rights enshrined in the U.S. constitution, Salorio said.

Those rights have established that a person has a right to be presumed innocent until proven guilty beyond a reasonable doubt. Rather than keep certain low-level offenders incarcerated prior to their cases being resolved, Salorio argued that it would make more sense to have them participate in court-ordered supervised release, or drug and mental health interventions, that would help ensure the defendant returned for their court hearings.

Additionally, law enforcement and prosecutors can request that a judge increase the bail amount for an incarcerated individual facing charges or who is the subject of an arrest warrant, based on that person’s prior criminal record or perceived threat to the public.

“If law enforcement isn’t doing that, the question is why aren’t they doing it,” Salorio said.

County Assistant District Attorney Heather Trapnell said the DA’s Office has been arguing for increased bail amounts for some low-level offenders, but with limited success as of late because of the changes in bail policy requiring that the defendant poses a clear threat to the community or is a flight risk.

As a result, the ability of the DA’s Office to help protect the citizenry from some career criminals who repeatedly commit certain low-level offenses, like theft, has been essentially hamstrung, Trapnell said.

“There are certain people who essentially are a public nuisance day in and day out,” she said. “These people have figured out there’s no consequences.”

With the local jails emptied out of such repeat offenders, it appears as though the DA’s Office has seen an uptick in criminal cases that local law enforcement agencies are referring to them, Trapnell said. There’s also a concern that the citizenry may start refraining from calling law enforcement because of the circumstances stemming from the changes in booking practices, she added.

The use of bail is a longstanding criminal justice practice that is intended to help ensure that the person who is accused of a crime shows up for court. It is not meant to be a punitive measure in and of itself, said Dr. Michael Braun, San Diego State University-Imperial Valley criminal justice professor.

“It’s not really intended to be a punishment,” said Braun, whose consults with Imperial Valley College on its restorative justice and post-secondary education programs at the jails and local prisons.

Another reason against allowing low-level offenders who cannot afford pre-trial bail to remain incarcerated is that jail has the tendency to transform individuals who are far from being hardened criminals into reoffenders, rather than having the presence of those less serious offenders help rehabilitate career criminals, Braun said.

“(Jail is) what we call criminogenic,” he said.

Braun, too, sympathized with community members and law enforcement officials who may be impacted by changes in bail policies. Yet he argued that jail should hardly be considered the best and only deterrent available to reducing crime.

“The conversation needs to shift to direct ourselves to policies that are effective at reducing crime,” he said.

Bail practices have figured largely in statewide conversations as of late, as well. In 2018, Senate Bill 10 was signed into California law, and aimed to replace the cash bail system with a risk-based assessment system that judges could rely on to set bail amounts.

However, that law was kept from being implemented after a referendum backed by the bail bonds industry qualified for the November 2020 ballot. Voters ultimately approved that referendum, Proposition 25.

More recently, Senate Bill 262 had sought to pick up where SB 10 had failed. Initially, SB 262 was met with similar opposition from statewide law enforcement organizations that argued it would make communities less safe. SB 262 was recently pulled by its author, Sen. Bob Hertzberg, D-Van Nuys, after it struggled to gain enough support in the state Assembly, according to the Sacramento Bee.

As for the Imperial County Sheriff’s Office, which operates the county jails, it is obligated to follow the court-set bail schedule, said Deputy Chief Thomas Garcia, who oversees corrections for the agency.

“These areas are the authority of the court system and must be followed by the jail,” Garcia stated in an email. “To not do so would be a serious violation of a person’s rights.”

Current booking practices appear to have contributed to a small jail population in comparison to pre-pandemic levels in 2019. 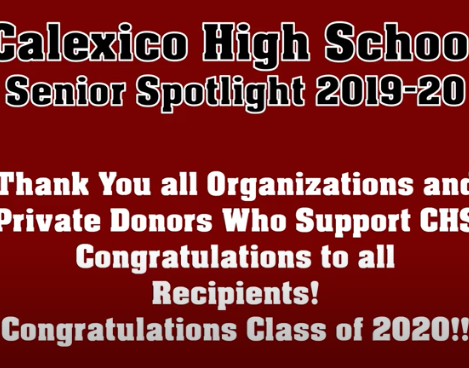