CALEXICO — The following reports were collected from the Calexico Police Department call logs from Sept. 14 through Sept. 19.

11:48 a.m.: Police were dispatched to Calexico High School after a student was found to be in possession of marijuana and a folding knife.

7:46 p.m.: Police were dispatched to reports of a large brush fire in the area of Lincoln Street and Cesar Chavez Boulevard. Responding offers found a fully engulfed shanty at the location and a brush fire along the fence line of a nearby commercial business. Preliminary evidence showed the fire to have been caused by arson, the latest in a string of arsons around downtown Calexico in recent weeks, police noted.

9:07 a.m.: A man was arrested at his parents’ residence in the 600 block of Paramo Street after he and a female companion entered the house while allegedly hallucinating on an unknown substance and brandishing a knife while fleeing from an unknown threat. Both subjects were also screaming profanities and appeared very paranoid. After a half-hour standoff, the man and his female companion exited the residence with their hands above their heads and were arrested without further incident. Officers collected the knife the male subject had been brandishing from under a couch cushion inside the home and booked it into evidence. The man was charged with making criminal threats and booked into Imperial County jail. The female was taken to El Centro Regional Medical Center.

12:53 a.m.: An officer on patrol in the 1300 block of Imperial Avenue spotted a book burning on the sidewalk. Police extinguished the flames and interviewed the only person found in the area. The subject denied starting the fire and even though police suspected that he was responsible, they were unable to gather sufficient evidence to link him with the crime. 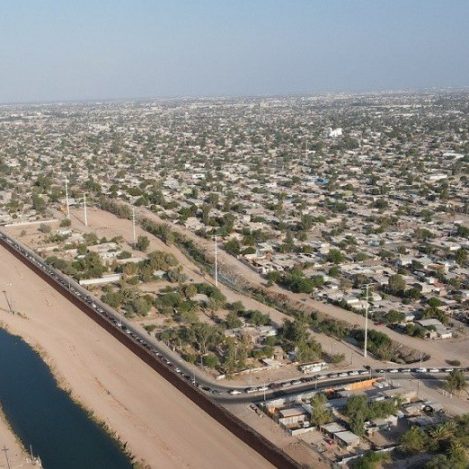