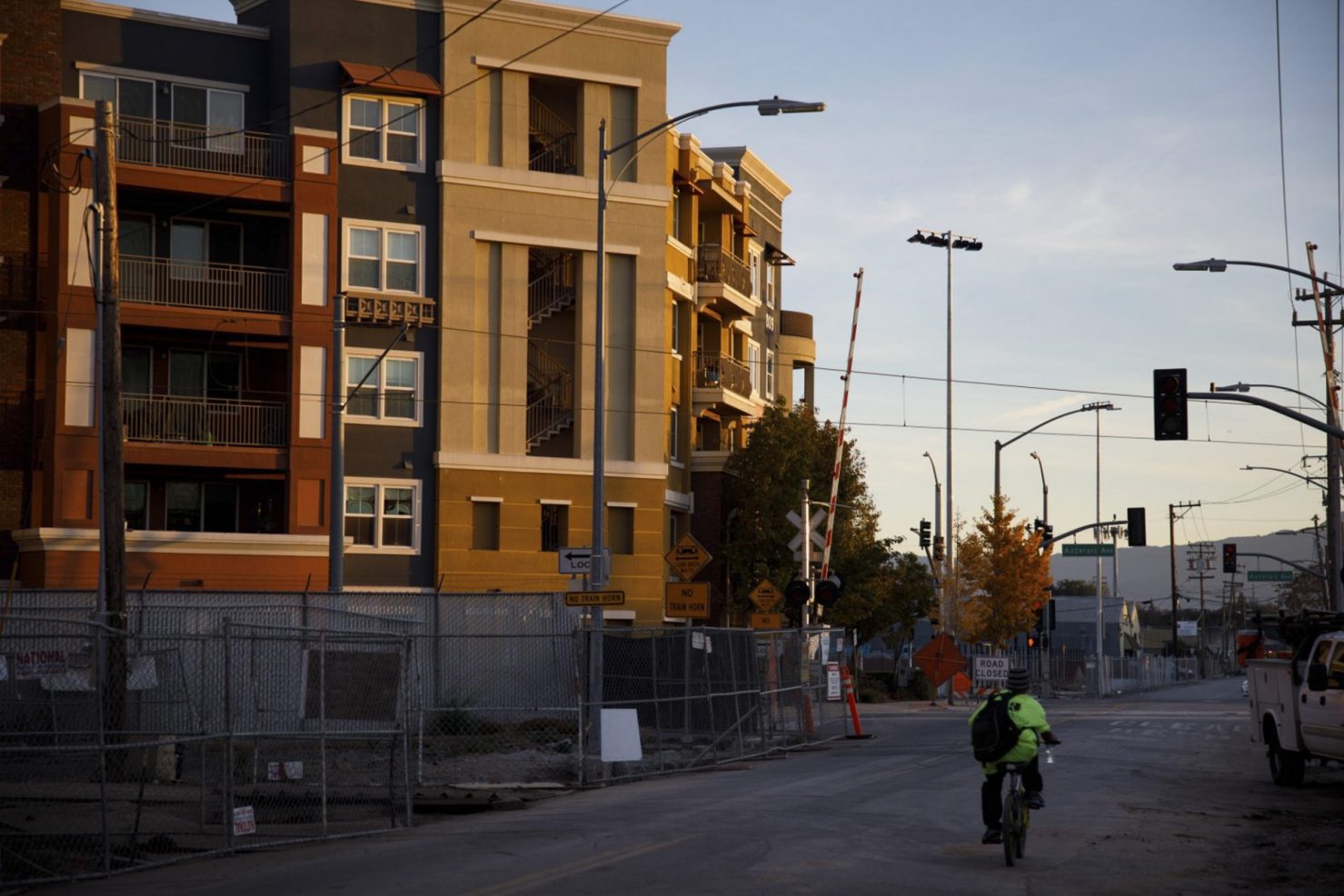 Gov. Gavin Newsom has made the California housing crisis a priority, but has not accomplished his goals. He returned to the issue in his first major bill signings after winning the recall election. Photo by Dai Sugano, Bay Area News Group
Home
California
In California

Fresh from beating back a recall, the governor signed a package of bills to address the California housing crisis. But what do these new laws mean for housing affordability in a state where median home prices have already shot past $800,000?

Gov. Gavin Newsom just signed some of the biggest housing bills in years, including a measure that allows more than one house to be built on the single-family lots that comprise the vast majority of California’s developable land.

“The housing affordability crisis is undermining the California Dream for families across the state, and threatens our long-term growth and prosperity,” Newsom said in a bill-signing statement on Sept. 16 . “Making a meaningful impact on this crisis will take bold investments, strong collaboration across sectors and political courage from our leaders and communities to do the right thing and build housing for all.”

Two days after Californians gave him a vote of confidence by rejecting the recall, Newsom chose to return to the state’s housing crisis as his first significant policy action, with 700-odd bills on his desk awaiting action.

But what do these new laws mean for housing affordability in a state whose median home prices have already shot past $800,000?

Not as much as the governor promoted, according to Dan Dunmoyer, president and CEO of the California Building Industry Association.

It signals that lawmakers are willing to take on the traditional sacred cows of housing and single-family zoning.”

It’s going to take a few years to translate the legislation into ramped-up construction, but this is a meaningful start, according to David Garcia, policy director for the Terner Center for Housing Innovation at UC Berkeley.

“It signals that lawmakers are willing to take on the traditional sacred cows of housing and single-family zoning. From a political standpoint, that’s a pretty significant shift in the housing landscape,” he said.

The League of California Cities urged Newsom to veto the bill, calling it a “top-down mandate that disregards local voices and decision-making.” After the bill signing was announced, the league said it would “explore all options to ensure local governments have the necessary tools and resources to plan for the types of housing actually needed in their communities.”

Opponents calling themselves Californians for Community Planning are already seeking to qualify a proposed constitutional amendment for the November 2022 ballot to reassert local control over zoning and land-use decisions.

What’s Allowed Under the New Law?

Senate Bill 9 — introduced by Senate leader Toni Atkins, a San Diego Democrat, as the centerpiece of her affordable housing package — will allow most homeowners to build two homes or a duplex on a plot zoned for a single house, and in some cases, split their lot and build two additional homes, starting on Jan. 1. The total number of units on a single lot is limited to four.

“It shows the governor is walking the walk as it relates to this housing crisis,” said Kendra Noel Lewis, executive director of the Sacramento Housing Alliance, who has been campaigning to allow duplexes, triplexes and fourplexes throughout the city. “This takes a little pressure off at the local level.”

The criteria for eligible homes is pretty lengthy, and notably excludes those in environmentally-sensitive areas and in historic districts, as well as those that are subject to deed restrictions or rent control, or that have been occupied by a tenant in the last three years. To split a lot, neither of the parcels can be smaller than 1,200 square feet, and the homeowner must sign an affidavit they will remain in the house for the subsequent three years — designed as a guardrail against potential speculation.

While a city could deny some projects, specifically those which pose a threat to health or safety, it would have to issue findings that meet a whole host of criteria, too, according to Moira O’Neill, a law professor at UC Berkeley.

It shows the governor is walking the walk as it relates to this housing crisis.”

Given current land and construction costs, the Terner Center estimates the new law could lead to about 660,000 new housing units across the state over several years — a sizable fraction of the 1.8 million to 3.5 million units that experts say California needs to meet its housing shortage.

But it would be up to eligible homeowners to decide to turn their house into a duplex or fourplex.

And despite opponents’ warnings that the law will radically remake the traditional single-family neighborhoods the state is so famous for, the same study estimates less than 5% of the state’s 7.5 million single-family lots will be changed.

“It will give them an opportunity to stay in the same neighborhoods without having to move out, because previously, the option was you would cash out and move to a different neighborhood or a different state,” Sharma said.

Back to Campus Under COVID: Students Reflect on Unusual Semester

But the new law doesn’t cap the cost of the new units, leading vocal opponents to argue it will only exacerbate the state’s affordability crisis. The law’s supporters, however, argue that adding a unit affordable to a middle-class family opens up a less expensive unit for a family one step below them on the economic ladder. And keeping it illegal to build housing in most areas of the state won’t necessarily block gentrification, either.

In signing the bill to address the California housing crisis, Newsom also promoted the $10.3 billion for housing in his “California Comeback Plan,” which he said would produce 40,000 housing units. That plan also includes $12 billion to create more than 44,000 new housing units and treatment beds for people experiencing homelessness.

Newsom also signed SB 10, authored by Sen. Scott Wiener, a Democrat from San Francisco. It allows a city to bypass environmental review to build as many as 10 units on a single-family parcel near a transit hub or urban infill developments.

This new law will likely have a considerably smaller impact, Sharma predicts, because the onus to take advantage of it is on the very cities that usually oppose more dense development.

“It seems a little counterintuitive that we have this problem created by the same folks, and now we are asking them to make that change,” he said.

“Berkeley wants to zone for fourplexes in single-family neighborhoods, so they may use SB 10 to expedite that. But I bet you have other places that may go all the way up to 10 units in some neighborhoods and we just don’t know where they’re going to decide to do that,” Garcia said.

And the governor signed SB 8, which extends through 2030 an existing law that accelerates the approval process for housing projects and limits fee increases on housing applications at the local level.

Dunmoyer, from the California Building Industry Association, said he believes this more technical bill might have the biggest impact by making building more predictable, “which encourages investment, which encourages purchase production,” he said.

“It doesn’t have any of the gnashing of teeth that SB 9 or SB 10 did, but SB 8 is a positive continuation of a new approach to housing production and approval, and we think it’s starting to have some positive effect,” he added.

(This story by Manuela Tobias first appeared on CalMatters and is being made available through the CalMatters Network.) 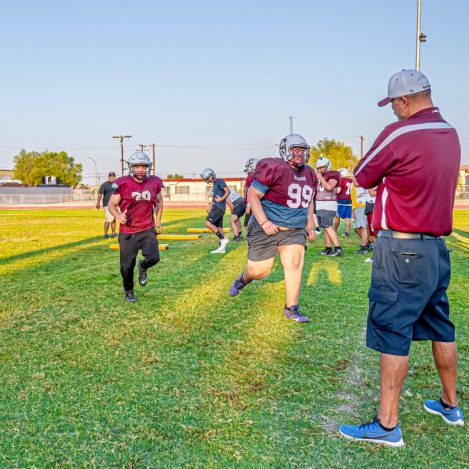