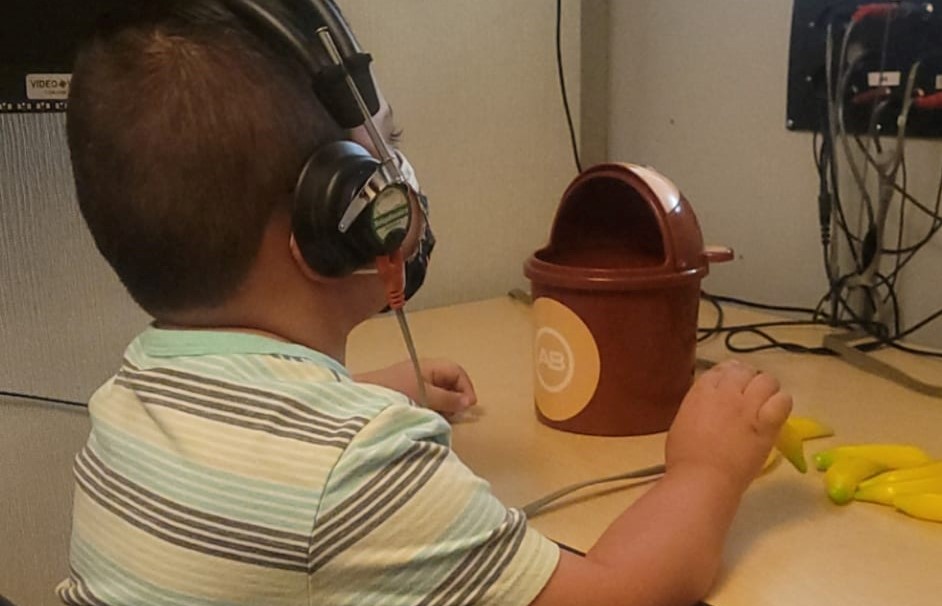 Gabriel Torres, now 4 years old and nearly 5, takes a hearing test recently. He is deaf in his right ear and requires special accommodations. Gabriel lives in Brawley but attends school in El Centro, said his mother, Amanda Benavides, due to a lack of special education leadership at the Brawley Elementary School District. She has been questioning why there is no director of special education in a district of Brawley’s size. | PHOTO COURTESY OF AMANDA BENAVIDES
Home
Education
In EducationFeatured Stories

BRAWLEY — Amanda Benavides lives in Brawley, but her 4-year-old son, Gabriel Torres, must go to school in El Centro.

Gabriel is deaf in his right ear and suffers from trigeminal neuralgia, a condition that causes sudden and severe pain emanating from the nerves in his face.

Benavides wants to place her son in a school in her hometown, but she said she is unable to do so due to his special needs.

There is no program for her soon-to-be 5-year-old in Brawley — he’s been part of the Imperial County Office of Education Deaf and Hard of Hearing program since 2018 — and she is uncomfortable with enrolling him in a school district as large as Brawley’s without the presence of a special education director.

“There are a lot of children in this district who have some type of disability, and it’s very wrong that these children are being left behind,” said Benavides, who dialed in to the Brawley Elementary School District’s board meeting via Zoom on Aug. 24 to ask what exactly the district was doing about special education for its students.

“These kids need every opportunity they can get. They’re already at a disadvantage, and to be shoved in the corner because they don’t hear well or they don’t learn like the other students is very unsettling to me,” she said recently.

Benavides’ son is doing well in school, she said; well enough to be considered for a general education classroom. But when she was looking into BESD’s program and found there was a lack of support plus a lack of a program director, that set off alarm bells in her head.

When she pressed the issue further, what she found was even more concerning.

For the past five years, there has been no head of the special education department since the departure of former director Edward Singh, Benavides said she was told by school board Trustee Esther Sanchez-Banda.

Brawley Elementary School District appears to be the only district nears its size, which is about 3,800 students, or greater without the services of a special education director. There are dedicated directors at El Centro Elementary and Calexico Unified, two of the largest of the Valley’s districts.

As a side-by-side example, Imperial Unified School District Superintendent Bryan Thomason said there is indeed a special education director for his district, which currently has about 4,440 students at the elementary and high school levels.

Lack of Leader Concerns Staff, Too

Brawley Special Day (special education) class teacher Stacy Zambada said during the Aug. 24 meeting there has been little support for teachers and the parents of special education students.

The district has two other administrators who do the work in place of a dedicated director, Zambada said. However, they have other jobs to attend to and are leaving the teachers and students behind without information.

Zambada brought to the board’s attention last month that the state’s independent study model required through Assembly Bill 130 has changed the way special education staff has to create and execute student Individualized Educational Plans (IEPs), but the teachers are not being given much guidance from the district on how to execute them.

IEPs are the required plans under federal law that districts must execute with parents stating interventions and goals for learning or physically disabled students. AB 130 is the state’s answer to no required distance-learning model as the COVID-19 pandemic continues.

“We are told to hold IEP meetings, yet we haven’t been given any direction in what we are supposed to do as far as that goes, what changes in the IEP, and I just think that it’s time,” Zambada said, she said, implying it’s time for a director.

“Our parents deserve to have someone they can call when they have questions about their child’s special needs and their IEP, and we teachers need someone that we can turn to when we have questions, whether it’s curriculum, the law, or just how to work with certain students,” she said.

The LCAP process is the stated way in which school districts intend to use their state funding.

Cynthia Dickerson, BESD director of fiscal services, added that the district does spend more than $5 million in special education but affording a director would require an increase in expenses the district cannot afford.

Dickerson said the district must increase its “Maintenance of Effort,” a federally required provision intended to ensure education funding is cut as little as possible in tough economic times and that federal funding, such as Title 1 funding, does not take the place of other money that should be coming from the state and local coffers.

She said the district does not have the federal funds to sustain a director position.

What Benavides Has Seen, Heard

Benavides has been researching special education issues in her hometown, and she’s seen what appears to be a decline in quality of services, from what she has seen and heard from other affected parents.

Some of what she has heard from other parents are that IEPs are not being met, or students are being removed from them once a parent signs the contract for independent study, she said.

Parents are also unable to get their questions answered or have run into problems with the district trying to push their children out of special education and into general education classrooms, Benavides added.

Benavides’ “comadre” even told her that her own son was one of those who had to be taken off his IEP in order to be a part of independent study.

A number of parents in the special education program received phone calls this past week to inform them the district was hiring more special education tutors, Benavides said, but she added that is just a Band-Aid over the wound instead of truly fixing it.

During the Tuesday, Sept. 14 school board meeting, Benavides questioned whether there was any special education representation on the district’s LCAP committee.

“I feel we need somebody in these positions that knows the demographics of our community,” Benavides said. “Maybe instead of giving the superintendent a raise, maybe we could possibly hire a director to get a hold of what’s going on — or rather, not going on — in that department.”

That same meeting, the Brawley Elementary School District board, in a 3-2 vote, approved a 2 percent salary increase for Superintendent Dr. Richard Rundhaug, the same meeting where questions on special education were brought up by the two trustees who opposed the raise, Esther Sanchez-Banda and Kathy Prior.

Sanchez-Banda echoed Benavides’ sentiment that these funds could easily have been better used for the needs of students.

“Those are fundings we can use for students,” Sanchez-Banda said. “The funding can go elsewhere and not to a raise.”

Benavides hopes that her fight can bring changes to the Brawley Elementary special education department for all the students, not just her son. Brawley’s program, she said, includes students from Westmorland and Calipatria as well.

Though she has an IEP meeting for her son in 45 days, Benavides won’t be bringing her son to Brawley.

She says he is thriving and does not want to move him from El Centro to a district “that does not have its crap together, for lack of better words.” 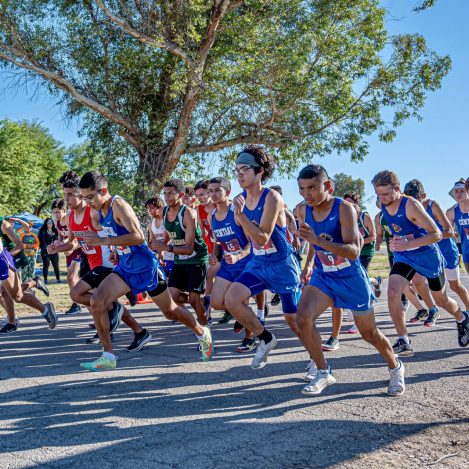