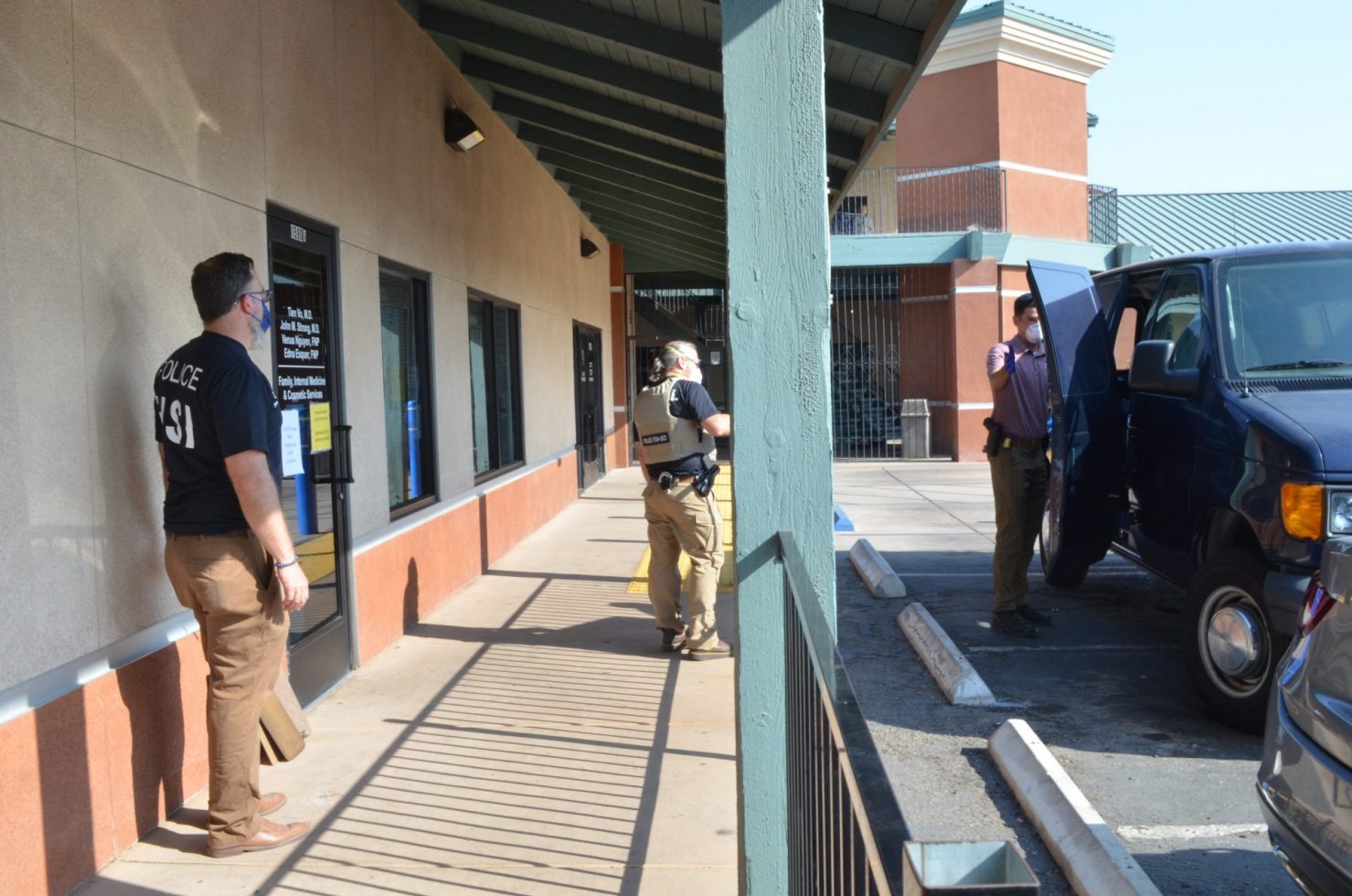 Federal agents were seen outside Dr. Tien Vo’s office in El Centro on Tuesday morning, Sept. 14., apparently loading something into a blue van. The agents were seen turning away patients and were wearing clothing identifying them as belonging to Immigration and Customs Enforcement's Department of Homeland Security Investigations and U.S. Food and Drug Administration Office of Criminal Investigations. | JULIO MORALES PHOTO
Home
Public Safety
In Public SafetyRegional News

EL CENTRO — Federal law enforcement officials could be seen outside of the offices of Dr. Tien Vo at 1590 S. Imperial Ave. in El Centro and Vo Medical Center at 222 E. Cole Blvd. in Calexico the morning of Tuesday, Sept. 14.

Law enforcement personnel onsite could be seen wearing clothing and equipment that identified them as belonging to Department of Homeland Security Investigations and U.S. Food and Drug Administration Office of Criminal Investigations.

The agents appeared to be turning away patrons from accessing the office. An unmarked blue van belonging to the federal law enforcement officials was parked directly outside the front entrance doors.

Meanwhile, federal agents were also in Calexico, with what appeared to be unmarked law enforcement vehicles blocking both entrances to the parking lot.

Vo also has a third location at 409 W. Main St. in Brawley, but it wasn’t immediately known if that office was searched as well.

Reached via his cellphone was agents were still searching his building, Vo, through text message, said he had no comment and that he expected to reopen to patients by 1 p.m.

“Thank you everyone. The government is just doing their things to make sure everything is good for the safety of our lives. First raid was stopped per the attorney n now 2 nd raid i think people are kept asking government to do their things so we r here to cooperate and as much as we can. We will continue our work more n more for our community.”

This newspaper first reported on Oct. 5, 2020, when Vo’s clinics were raided and searched by FDA and HSI agents. Vo at the time denied any wrongdoing and none of the agencies involved ever commented on that raid other than to confirm search warrants had been searched and an investigation was ongoing.

The same federal spokesperson who confirmed the October raid, Kelly Thornton of the U.S. Attorney’s Office, Southern District of California, had no comment this time.

It wasn’t made clear by anyone involved whether this raid on the facilities was a new probe or any extension of the first investigation in October.

After the October raid, Dr. Vo said that “someone” had reported his clinics to the FDA, although he did not say what his office was being accused of, adding that he did not know for sure what the allegations were.

“Not much details, but they said I didn’t have what they are looking for, so they let us open (the) office again,” Vo said in October.

The physician said he was told to have his attorney contact “them,” but Vo said he didn’t do anything wrong, so he never got an attorney.

Dr. Vo’s service provider agreement for the Housing for the Harvest Program in an amount not to exceed $760,125 was to be considered by the Imperial County Board of Supervisors at its meeting on Tuesday, Sept. 14, but the agenda item was pulled shortly after meeting started by County Executive Officer Tony Rouhotas Jr.

Rouhotas gave no explanation for pulling the item but did say it would be brought back at a later date. 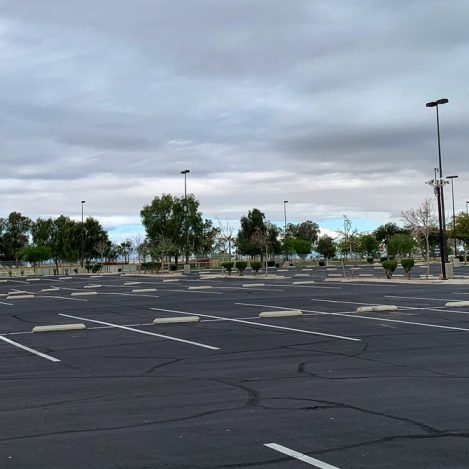