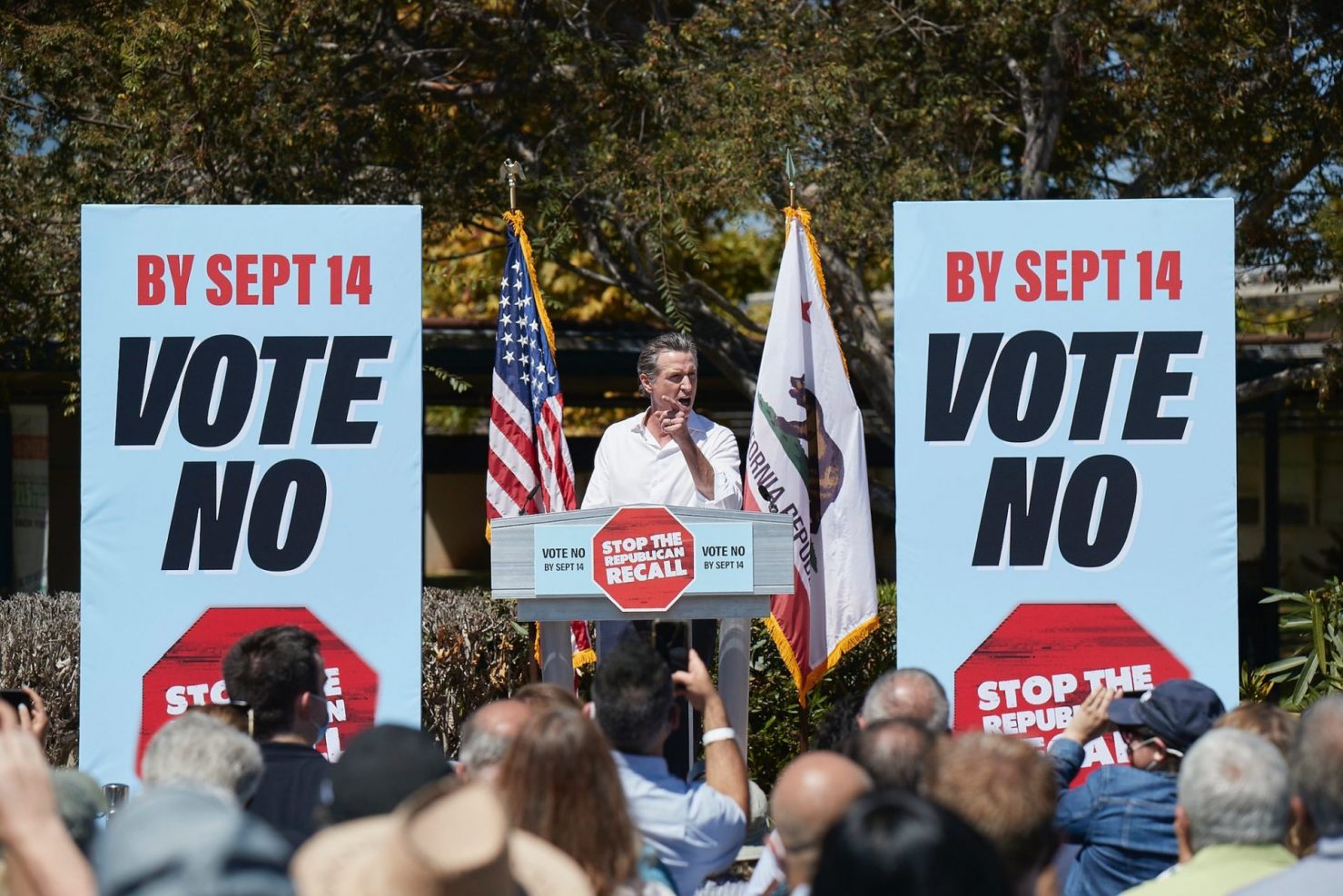 The recall election could end up with three very different results for the future of Gov. Gavin Newsom and of politics in California. Here’s how the scenarios could play out.

For nearly 25 years, Gov. Gavin Newsom rose the ranks of California politics without ever losing an election, buoyed by connections to powerful San Francisco Democrats and a willingness to take risks — like sanctinoing same-sex marriage — that put him at the vanguard of his party.

Then came the coronavirus pandemic.

The governor’s attention-grabbing style — implementing the nation’s first stay-at-home order in March 2020, then dining at an exclusive wine country restaurant as he told people to stay home to avoid a winter surge — rubbed enough Californians the wrong way that 1.7 million voters launched the second gubernatorial recall in state history.

And yet to fight back, the Democratic leader of one of the nation’s bluest states returned to what helped him succeed in the early days: connections to fellow Democrats and well-calculated policy risks — this time, to fight COVID-19.

At a campaign rally in Long Beach on Monday night, President Joe Biden heaped praise on Newsom’s management of the pandemic. Newsom this summer made California the first state in the nation to require vaccines for health care workers and state employees.

“Gavin Newsom has had the courage to lead, to stand up for science,” Biden said. “He’s been one of the leading governors in the nation protecting people and vaccinating his state.”

“Can you imagine him being governor of this state? You can’t let that happen,” said Biden, who beat Trump in California last year by 30 points.

Hosting the president the day before the election is just one sign of how much the power of incumbency has boosted Newsom in this race. With no legal cap on his fundraising against the recall, Newsom raised five times as much as all his opponents combined. His haul included $5.5 million from the Democratic Governors Association, $3 million from Netflix CEO Reed Hastings and more than $7.6 million from public employee unions. He ran ads featuring nationally-known Democrats including former President Barack Obama and U.S. Sens. Bernie Sanders and Elizabeth Warren.

And the governor used the trappings of his office in unusual, attention-grabbing ways. He blasted critics “promoting partisan political power grabs” during a State of the State speech on the field of Dodger Stadium that served as an unofficial campaign kickoff. He used an enormous $76 billion state budget surplus to address pandemic-induced hardships, sending $600 stimulus payments to most Californians — checks that landed just before the election.

In the final days of the campaign, Newsom leaned into COVID even further, contrasting his vaccine and mask requirements with his GOP opponents who say they’ll repeal them — and hammering a message of fear. “What’s at stake in the Sept. 14 recall? It’s a matter of life and death,” one Newsom ad says.

Having persuaded prominent Democrats to stay out of the race to replace him, Newsom finished the campaign betting that the pandemic that fueled populist angst to take him down will also stimulate the support he needs to keep his job.

“One of the ironies of this recall is that COVID got him into trouble and COVID is going to, in the end, probably help him defeat this thing in a landslide,” said GOP consultant Rob Stutzman.

Did Newsom’s strategy work? We’ll find out after polls close tonight at 8 p.m. It may take elections officials a few days to determine the results, depending on how close the race is. Here’s a look at the three possible scenarios:

Newsom Wins By a Lot

Newsom’s effort to win reelection in 2022 kicks off as soon as the recall votes are tallied. If the governor beats back the recall by a double-digit margin — as recent polls indicate is likely — he could claim a mandate that could empower him in at least two ways. He can continue governing the final year of this term with the same priorities he’s had all along — for enacting progressive social policy and taking a relatively strict approach to managing the coronavirus pandemic. And he can coast toward the 2022 campaign without fear of a credible challenger from his own party.

An overwhelming victory also could demonstrate to other Democrats on the ballot next year that leaning into COVID vaccine mandates — and painting GOP resistance to them as a public health danger — is a successful strategy.

Stutzman agreed, saying that a big win by Newsom would show that voters favor his strict approach on vaccines.

“His team figured out that once a majority of voters were vaccinated, it becomes a popular idea to put forward policies that are in the best interest of those who are vaccinated,” said Stutzman, who worked on Arnold Schwarzenegger’s successful campaign in the 2003 recall.

“They figured it out before the White House did.”

President Biden required federal government employees to get vaccinated days after Newsom’s first announcement. He then followed it up last week with a broader mandate for employees at private companies.

But even if Newsom wins by a lot, a show of strength now does not guarantee long-term political success. Any ambitions Newsom may have to run for president will be shaped by a lot more than defeating this recall, said Democratic strategist Paul Maslin.

“What he does on a host of issues that are very difficult over the next year — or the next five years if he has a second term — will be much more important to how he is judged,” Maslin said.

“Ultimately I don’t know that it will mean that much in the story of Gavin Newsom or California. It will be sort of a diversion that he had to respond to.”

Maslin, who worked on campaigns against the 2003 recall of former Gov. Gray Davis and for the failed recall of Republican former Wisconsin Gov. Scott Walker, pointed to the example of Walker. He beat back a recall in 2012, won reelection in 2014 and was seen as a strong contender for the GOP presidential nomination in 2016. But his presidential campaign flopped. And then in 2018, he ran for reelection as governor — and lost.

“Newsom was always going to be the huge favorite for reelection, and if he does win by a significant margin it will reinforce that status,” Maslin said. “What it says about the rest of his career is unknowable.”

Newsom Wins By a Little

Defeating the recall by a narrow margin — significantly less than his 24-percentage-point beatdown of Republican John Cox in 2018 — could weaken Newsom as he heads into reelection next year.

“If he limps out of this, there will be some blood in the water,” said Steve Maviglio, a Democratic political consultant. “Another Democrat will think they could do better and they can take him on.”

He’s taking it seriously and he’s using a lot of resources to combat us…  We’ve already won. We’ve made our point.”

Republicans who backed the recall could claim a kind of victory from weakening the governor, even if they failed to throw him out of office. Some of them already are.

“He’s spent $80 million, he’s in the fight of his life, he’s called in the president and the vice president,” said Anne Dunsmore, a recall campaign manager.

“He’s taking it seriously and he’s using a lot of resources to combat us…  We’ve already won. We’ve made our point.”

A narrow win would also likely trigger lawsuits over the validity of the election results. Conservative commentators have already begun saying, with no evidence, that voter fraud will be to blame if Newsom wins. Former President Donald Trump issued a statement Monday calling the recall “another giant Election Scam.”

Elder has said he plans to file lawsuits over election irregularities. His website links to another site that asks voters to sign a petition “demanding a special session of the California legislature to investigate and ameliorate the twisted results of this 2021 Recall Election of Governor Gavin Newsom.”

Newsom called Elder’s stance “an extension of the Big Lie” that Trump stoked about his loss last year.

Recall Fact and Fiction: What You Need to Know About the Election Fraud Rumors You’re Seeing

“The election hasn’t even happened and now they’re all fanning election fraud,” Newsom said Friday. “I encourage voters to come out in overwhelming numbers… So we can put all this nonsense to rest.”

Newsom is Thrown Out of Office

More recent polls have consistently indicated that it’s unlikely the recall will prevail. If voters do throw Newsom out of office, it will show how difficult it is for pollsters to predict an unusual election such as a gubernatorial recall, where it can be hard to measure how many voters will turn out.

So far, older and white voters are returning their ballots at a higher rate than other demographic groups, according to tabulations by Political Data Inc. If the recall is successful, it may be because younger voters and Latino voters — key blocs in the Democratic coalition — don’t cast ballots, or vote to recall Newsom.

A successful recall would be a huge victory for the California GOP, which has been beleaguered and shrinking for many years. If Newsom is recalled, the new governor — most likely talk radio host Elder — would be sworn in by the end of October.

Though a Republican governor would face many hurdles enacting new laws because of the huge majority Democrats have in the Legislature, he could have the chance to make a significant political appointment, should Democratic U.S. Sen. Dianne Feinstein, who is 88, become unable to finish her term. Elder has said he would appoint a Republican to her seat.

That’s why Democrat Christine Pelosi said that if Newsom is recalled, California lawmakers should immediately call a special session and change the rules for how political vacancies are filled in the Senate and state constitutional offices. Right now, there are few limits on who the governor can appoint to those positions. Pelosi, the daughter of House Speaker Nancy Pelosi and an officer with the California Democratic Party, said the rules could be changed to require replacement by someone from the same party as the outgoing official.

“The Legislature can do that,” she said. “And in my view they should.”

Every governor since 1960 has faced an attempted recall, but most of them fell short of the signatures needed to qualify for the ballot. Would liberal activists try to recall a Republican winner of this recall?

It’s possible. But it seems unlikely, given the time involved in mounting a recall and the regularly scheduled gubernatorial election next year.

And No Matter What

Expect California lawmakers to begin working on possible changes to the recall process. Whether there will be bipartisan support for an overhaul is unclear. But Democratic leaders said they intend to start examining the recall rules later this year or early next year.

“We’ve heard that people want change, and we in the Legislature will take a look at that,” state Senate leader Toni Atkins told reporters on Friday.

Assembly Speaker Anthony Rendon echoed her view, saying the recall system “was set up a century ago. The extent to which it’s still valid in its current form… merits discussion.”

Surveys have shown that California voters support changing the recall rules. Potential changes could include a runoff if no replacement candidate receives a majority of the vote, making it harder for recalls to qualify for the ballot and limiting recalls to situations where a public official has broken the law.

Such changes would require approval from voters. So any plan that lawmakers come up with would likely go on the ballot next year in the form of a statewide initiative.

That’s right: Voting in the recall election ends today. But recall rules may be on the ballot next year.

(CalMatters reporter Mikhail Zinshteyn contributed to this story. This report first appeared on CalMatters and is being made available as part of the CalMatters Network.) 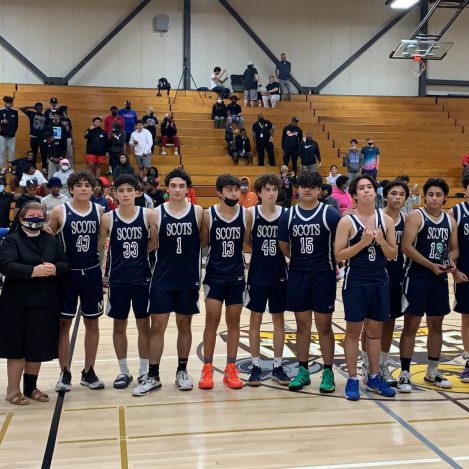