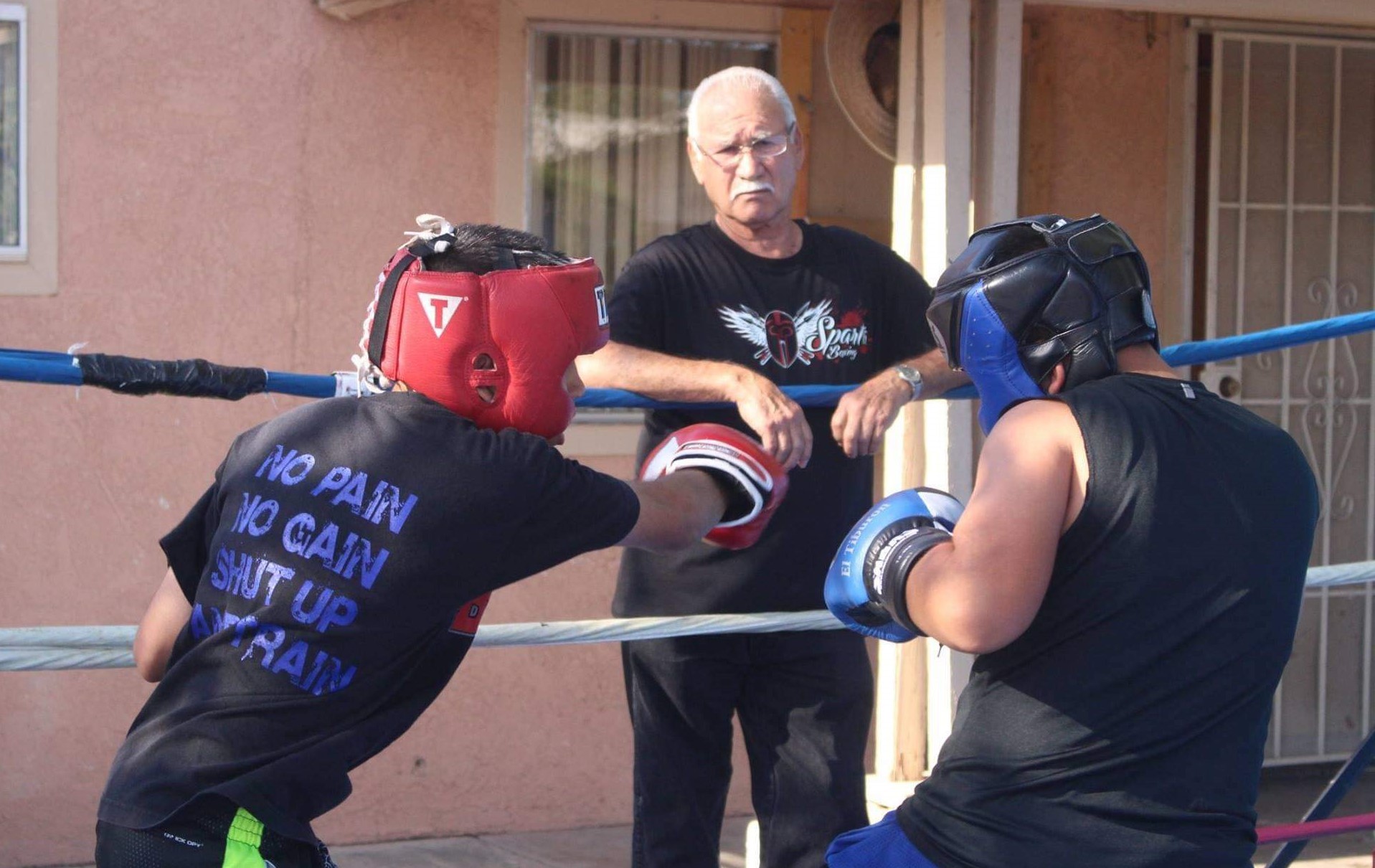 Ignacio “Pops” Sanchez (center), a legendary figure in Imperial Valley boxing, oversees two young fighters in the ring. Sanchez, who is co-owner of La Familia Boxing in Calexico, died at the age of 74 from complications from COVID-19 on Sept. 4. | PHOTO COURTESY OF FERNANDO LARA
In COVID-19ObituariesSports

CALEXICO — A legendary figure in the Imperial Valley boxing scene was lost on Sept. 4 when Ignacio “Pops” Sanchez succumbed to his battle with COVID-19 and died at the age of 74.

Sanchez was co-owner of La Familia Boxing in Calexico but was well-known throughout the Imperial Valley and had trained fighters in many gyms, helping young boxers, trainers, and coaches learn skills inside and outside the ring.

The El Centro resident got his start in the boxing ring in the late 1980s, according to his brother, Ricardo Marin. It was in 1992 when he joined Marin and helped start Azteca Boxing Gym in Calexico.

“He had invited me to El Centro to teach my kids how to box,” Marin recalled about his older brother. “Then we started asking each other why we couldn’t start something in Calexico and that’s how Azteca got going.”

Marin’s son, Bardo Gutierrez, 44, trained under Sanchez in the 1990s and said “Pops” was a perfect nickname for his uncle because he was always willing to help the kids in any way.

“He was a very loveable person and was a father figure to a lot of the kids he trained. They didn’t always come from two-parent households so they needed somebody they could count on like ‘Pops,’” said Gutierrez, who runs the Calexico Boxing Academy. “He always loved being a mentor and a role model for the kids and that’s what motivated him to continue to train.”

The man who coined the nickname “Pops” for Sanchez was Sparta Boxing founder Fernando Lara, who welcomed Sanchez in as a trainer both when Lara was a fighter and when he was working with the kids at Sparta.

“I was in the gym still trying to be a fighter myself and it was after a training session and he said to me ‘I’m your pops, you need to listen to me,’” Lara said. “After that I just started calling him ‘Pops’ and it stuck. Everyone knew him as ‘Nacho’ but after that he became ‘Pops’ to me and everyone.”

Lara said the legend of Sanchez will live on due to the large amount of lives he touched in the Imperial Valley. The lives of young boxers and the kids he trained who have gone on to be trainers themselves.

“He created his own style of training boxers and taught the kids how to be strong, not only physically in the ring, but mentally,” Lara said. “He is truly a legend in the Imperial Valley and he has left us a legacy as coaches that we all will carry on a big piece of ‘Pops’ as we train our kids.”

La Familia Boxing co-owner Armando Cardenas said he and Sanchez decided in 2015 to start La Familia because Sanchez had always wanted to have his own gym.

“He wanted that name because of his love for the kids and their families,” said the 44-year-old Cardenas. “He didn’t want it to just be a boxing club, he wanted it to be a second family for the kids and parents.”

Cardenas and Sanchez were both trainers at Sparta in 2014 when they chose to start La Familia. The first few months were spent training in a park until they could secure a building.

“If ‘Pops’ was in the park he would have 100 kids coming over there to be with him,” Cardenas said. “He just had that special something and a connection with the kids.”

A special sparring session is scheduled for 6 p.m. Thursday, Sept. 16, at La Familia Boxing, 1943 Fillmore Ave., in Calexico to honor Sanchez. Food items will be sold at the event to help raise money for Sanchez’s family. 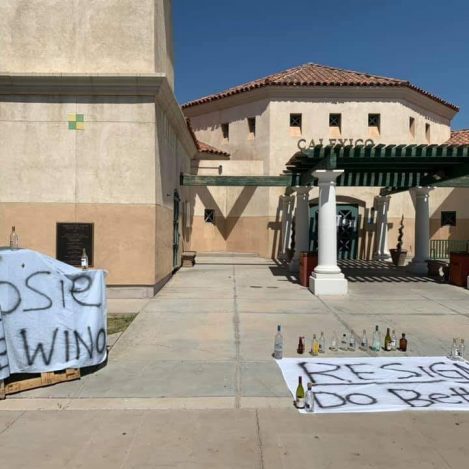