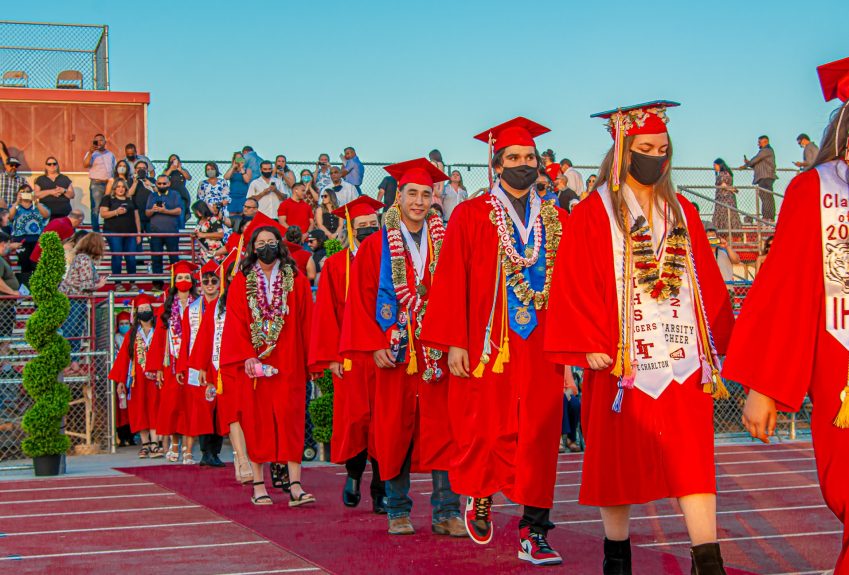 The Imperial High School Class of 2021 enters Shimamoto-Simpson Stadium at the start of graduation ceremonies on June 4, with students in masks. The Imperial Unified School board on Thursday, Sept. 9, approved sending letter asking for an exemption from masking mandates and to take into consider data from the past school year, where no student-to-student or student-to-teacher transmissions of COVID-19 occurred. | CAMILO GARCIA JR. PHOTO
Home
COVID-19
In COVID-19Education

IMPERIAL — Imperial Unified School District will be sending a letter to the state requesting the district be allowed to create its own facial covering policy in coordination with local public health department policy.

A letter and an accompanying resolution were approved unanimously to audience applause during the district’s regularly scheduled Board of Trustees meeting on Thursday, Sept. 9.

“The Board of Trustees want to strongly advocate for lifting universal masking mandates on schoolchildren as soon as possible,” Imperial Unified Superintendent Bryan Thomason said.

IUSD is asking for a lifting of mask mandates on the basis that the district should not have to fall under a broad and uniform facial-covering policy and that the widespread mandates are not in best interest of Imperial students, Thomason writes in the letter.

He states policies for schools should be tailored to local policies of the Imperial County Public Health Department, not the state.

Thomasson added that based on the data from the spring 2020-2021 school year, there have been no student-to-student, teacher-to-teacher, student-to-teacher, or any combination of such transmission of COVID-19.

“The state is abusing its authority in continuing to force local districts into following its rules, especially when those rules only operate under emergency executive orders and provisions of the Health and Safety Code,” Thomason further states in the letter.

In the past 14 days IUSD has had five positive cases of COVID-19 at four different schools, including two at the high school.

The board also adopted a resolution introduced by an IUSD parent and created by the “Let Them Breathe” movement, a parent-driven campaign to end widespread mask mandates for children and advocate parental choice. The group argues that prolonged mask wearing will have a negative impact on children’s physical, mental, and social health.

Imperial is so far the second public school district in the Valley to push for a change to mask mandates. The first was Holtville Unified School District on Aug. 12 when the district ruled to not enforce corrective measures for a mask mandate despite California Department of Public Health rulings. However, on Aug. 19 special meeting, after three other meetings with pro-mask and anti-mask battlelines drawn on the subject, Holtville’s school board ultimately complied with the statewide mandate despite the angry outcry from some residents.

When asked how Imperial will fare where Holtville failed, Thomason said this will be different since they will wait for the word of local officials and not just end the mandates right away.

“The request is to end the mandates as soon as possible when local conditions are such that local officials deem it safe to not have statewide mandates,” Thomason said. 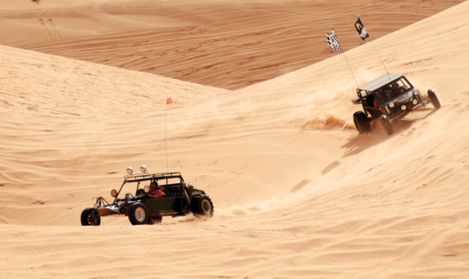