HOLTVILLE — The Holtville High School football team scored on each of its first four possessions and dominated Maranatha Christian High of San Diego, 42-10, in a nonleague matchup at Birger Field here on Friday, Sept. 10.

The Vikings (4-0 overall) wasted no time getting started, taking the opening kickoff and driving 74 yards in five plays, finishing with a 24-yard touchdown pass from senior quarterback Spencer Hilfiker to senior tight end Mason Toten. Junior Daniel Ledesma ran in the two-point conversion and Holtville had an 8-0 lead with 9:39 left in the opening quarter.

“It’s a specific play we’ll call after we are pounding them with the run and I usually end up wide open,” Toten said about the touchdown catch. “We’ll fake the run and then go over the top and it’s usually there.”

Maranatha’s first possession ended when the Eagles botched a pitch to the running back and Toten was there to pounce on the loose ball from his defensive end position to give the Vikings the ball at the Eagles’ 10-yard-line.

Two plays later senior running back Payton Iten cruised in for a two-yard touchdown run and sophomore Bryan Padilla booted the extra point to put Holtille up 15-0 with 7:27 left in the first quarter.

“Our defense played really well in the first quarter and our offense executed the simple recipe of running the ball and then when they came up to stop it, throwing over the top,” said Jason Turner, Holtville’s fifth-year head coach. “It’s no secret we want to run it but we will throw it when we get the opportunity.”

“I was able to get my hands on the guy in front of me and I was able to throw him to the side and get after the quarterback,” Toten said about his first-quarter sacks.

Holtville took over and marched 44 yards in just three plays, finishing with a 33-yard touchdown pass from Hilfiker to senior Roger Rolfe. Padilla kicked the extra point and the Vikings were up 22-0 with 2:39 still left in the opening quarter.

After Maranatha turned the ball over on downs two plays into the second quarter, Holtville capatilized with a two-play drive that finished with a 45-yard touchdown run by sophomore running back Seth Iten. Padilla’s extra point made it 29-0 with 10:19 left in the half.

“The first thing I saw was the hole just open up and then as I got through the hole I saw the safety and I didn’t want to go down,” said the 15-year-old Seth Iten. “I wanted the touchdown and didn’t want anybody to catch me after I got past the safety.”

Holtville got two touchdowns in the fourth quarter to put the game away when Payton Iten scored on a 43-yard sprint down the sideline with 10:38 left in the game, and then Zephan Duarte scored on a 47-yard run with 4:56 left to finish the scoring.

The Vikings finished the game with 369 yards rushing, led by Seth Iten’s 130 yards on six carries. His brother Payton Iten finished with 118 yards on 13 carries and Duarte had 56 yards on four carries.

Hilfiker completed four of his five pass attempts for 86 yards and two touchdowns in the Vikings first home game in front of a full crowd in almost two years after playing the Covid spring season with just parents allowed in the stands.

“It was great with the students in the stands,” Turner said. “It felt weird almost but what a great atmosphere for the players.”

Holtville will put it’s 4-0 record on the line at 7 p.m. on Friday, Sept. 17, when the Vikings host Calexico (3-1) in a crossleague matchup between the Desert League Vikings and Imperial Valley League Bulldogs. 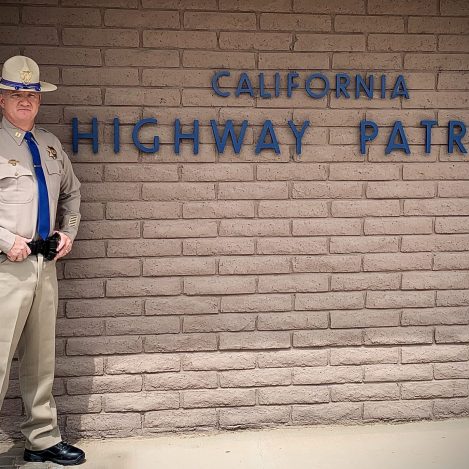