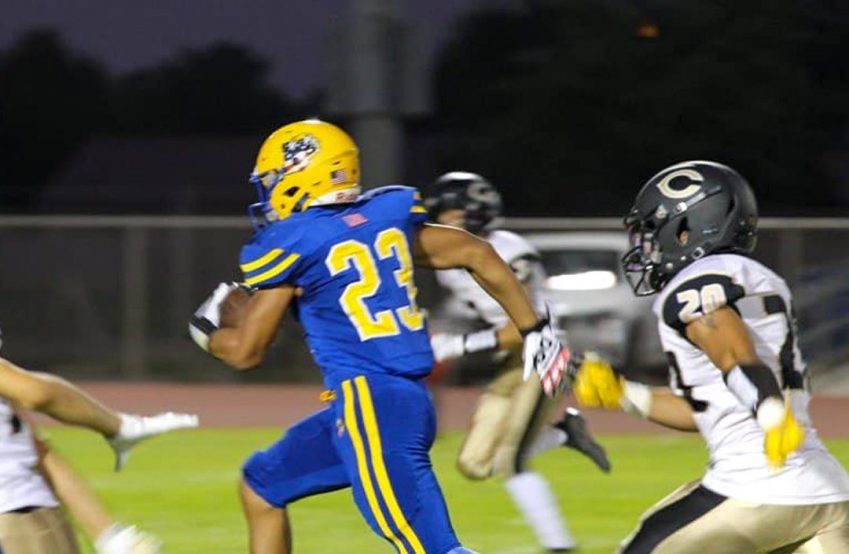 Brawley running back Isaiah Young (23) carries the ball against Cibola High of Yuma in the Wildcats’ home-opening blowout of the Raiders, 49-8, on Friday, Sept. 10, at Warne Field. | PHOTO COURTESY OF VALLEY SPORTS NETWORK
Home
Sports
In Sports

BRAWLEY — The Brawley Union High football team evened its record at 2-2 after a blowout of Cibola High of Yuma, 49-8, on Friday, Sept. 10, at Warne Field here.

The Wildcats jumped out to a 34-0 lead at halftime and never looked back against the Raiders. Senior running back Isaiah Young got Brawley started with a 50-yard rushing touchdown early in the game and scored his second later in the quarter on a 9-yard run.

Young had another rushing touchdown in the second quarter and scored on a 44-yard punt return.

The Wildcats will host Gila Ridge of Yuma at 7 p.m. Friday, Sept. 17, in a nonleague matchup.

VISTA — Two touchdowns in the final six minutes led Vista High to a 43-35 victory over Central Union here on Friday.

The Spartans led 28-14 at halftime and 28-21 at the end of three quarters before the Panthers were able to rally for the victory.

IMPERIAL — Valley Center got its second victory over an Imperial Valley League team when it defeated Imperial, 20-7, at Shimamoto-Simpson Stadium here on Friday, Sept. 10.

The Jaguars defeated Brawley two weeks ago at home, winning 17-6. On Friday, Valley Center built a 14-0 lead at halftime and extended it to 20-0 at the end of the third quarter before holding on for the victory.

Imperial (1-2 overall) wasn’t able to get on the scoreboard until seven minutes left in the game when Jeremiah Naylor scored on a 7-yard rushing touchdown.

Next up for the Tigers is a trip to Spring Valley to take on Monte Vista, with kickoff set for 7 p.m. Friday, Sept. 17. 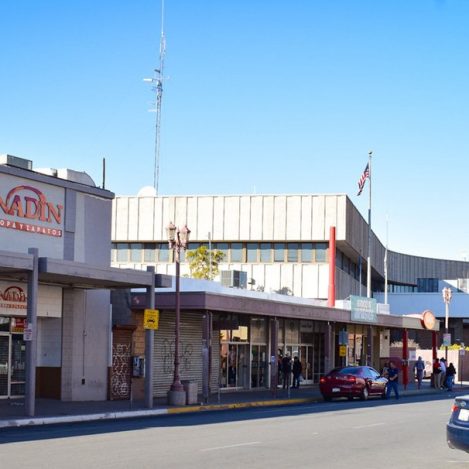