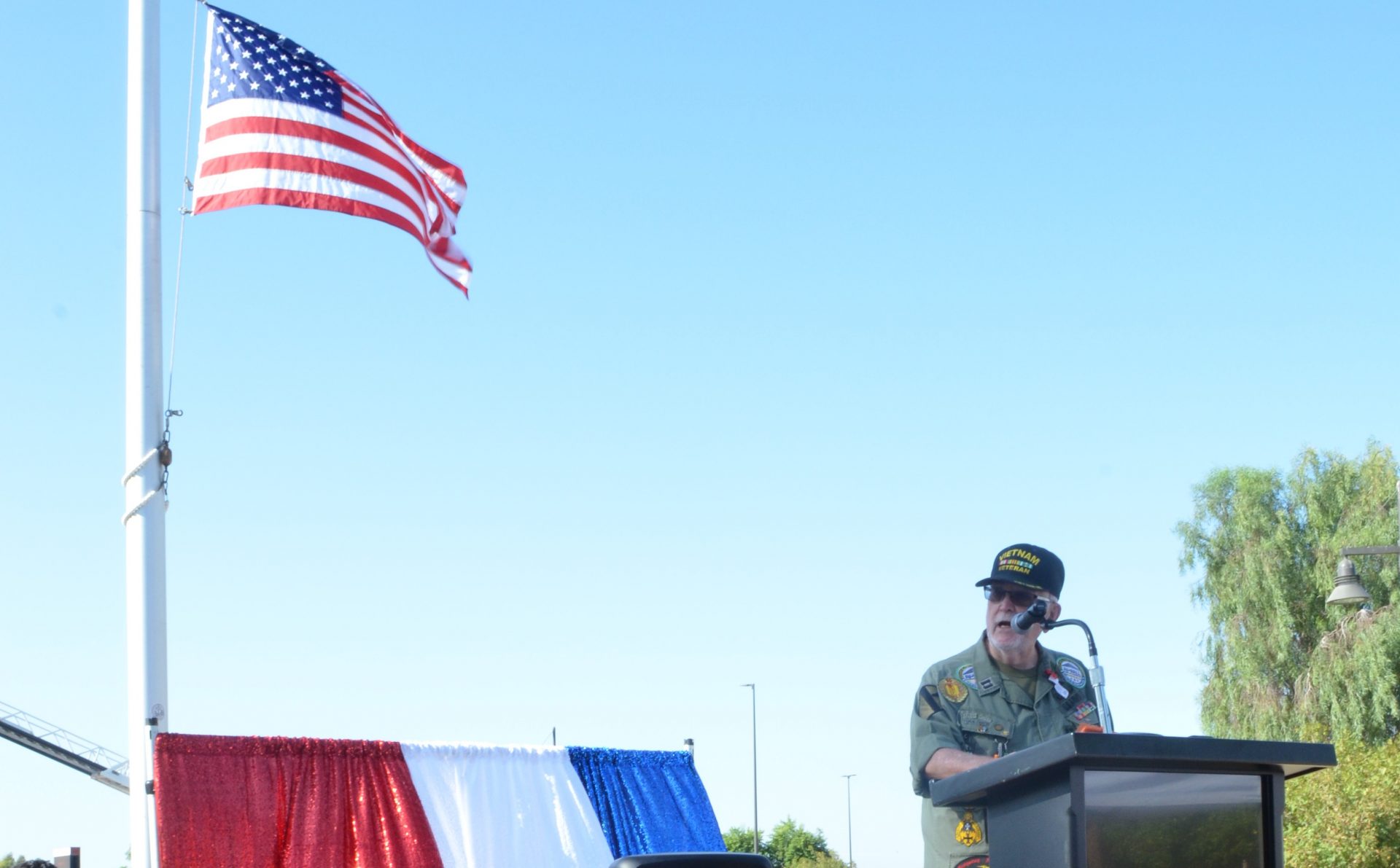 Vietnam veteran and Veterans of Foreign Wars Post 9305 adjutant Thomas Henderson spoke to those gathered for Imperial Valley College’s Patriot Day event on Friday, Sept. 10. As Henderson spokes of the events of Sept. 11, 2001, he would celebrate his birthday as well on Saturday, Sept. 11. | JULIO MORALES PHOTO
Home
Education
Share

IMPERIAL — At 8:46 a.m. Sept. 11, 2001, the first in a series of life-altering events unfolded in New York City and elsewhere that would change the United States forever.

At that precise time, a hijacked commercial airliner crashed into the North Tower of the World Trade Center as part of a coordinated terrorist attack.

Twenty years later, that fateful moment in time served to kick off the 20th anniversary of Imperial Valley College’s Patriot Day, at the college campus in Imperial.

For the event, a sizable crowd gathered at the campus’ main entrance to pay tribute to the lives lost during the terrorist attacks, as well as honor public safety and armed service personnel for bravely continuing to protect the nation.

With a large American flag that was draped between the extended ladders of two county Fire Department fire engines serving as a backdrop, interim IVC Superintendent/President Dr. Lennor Johnson welcomed those gathered and set the tone for the equally somber and uplifting ceremony.

“It was an ordinary day, but in one single moment, life has never been the same,” Johnson said at one point during his nearly six-minute speech.

Johnson’s speech also incorporated some of the final words of Betty Ann Ong, a United Airlines Flight 11 flight attendant, who is credited with being the first individual to alert authorities of the airplane’s possible hijacking and which subsequently led to the closure of the nation’s airspace.

Twenty-seven minutes after Ong initiated her eight-and-a-half-minute call with American Airlines ground crew, the aircraft carrying 92 people would crash into the North Tower, killing everyone aboard.

“In just 27 minutes the nation was forever changed,” Johnson said.

All told, some 246 people died when the four different hijacked airplanes they were traveling in struck the terrorists’ intended targets, or in the case of United Airlines Flight 93, crashed in Somerset County, Pennsylvania, after crew members and passengers attempted to regain control of the aircraft.

Aside from acknowledging the 2,606 individuals who died after showing up for work that day at the World Trade Center and Pentagon, Johnson paid tribute to the 343 firefighters, 60 police officers and eight paramedics who were killed after responding to the burning World Trade Center towers.

As a veteran of the U.S. Marine Corps, Johnson said he also felt compelled to honor the past and present armed service members in attendance. After asking them to stand, Johnson thanked them for their sacrifice and for fighting bravely on behalf of the United States in past combat theaters and following the 9/11 attacks.

“You did this knowing that there’s a chance that you would never see your families again or return with a life-changing injury,” he said. “You were willing to make the ultimate sacrifice for the country that we all love.”

The 9/11 memorial event was organized by the campus’ Associated Student Government. It was one of several taking place around the Valley either in advance or on the 20th anniversary of the terrorist attacks.

He characterized Sept. 11, 2001, as an example of evil, and added the date to a list of momentous events that included America’s Independence Day, the bombing of Pearl Harbor, President John F. Kennedy’s assassination, and the fall of Saigon.

Nor was the pain and suffering of that day limited to just the United States, since individuals from 93 different nations were among the victims of the terrorist attacks, Henderson said.

By reading aloud the definition of the word “bravery” during his remarks, Henderson was able to further distinguish the heroic acts of the public safety personnel who chose to “fight” rather than relent to the human impulse to take “flight” in the face of danger.

“On that day flight was not an option considered by New York City’s first responders,” Henderson said.

He also asked those present to try to imagine themselves aboard one of the hijacked planes, as well as at work in the World Trade Center towers or the Pentagon on Sept. 11, 2001. But rather than dwell on the sorrow and pain that was surely experienced then, Henderson said his remarks were meant to highlight the courage and bravery that countless individuals exhibited amid the crisis.

“We are gathered today in memory of the victims and the bravery of those who fought against unspeakable evil,” he said.

Following the event, Imperial Community College District board Trustee Steven Taylor said that during his time with the now-defunct Winterhaven Fire Protection District, he, too, had seen tragedy up close on numerous occasions.

Yet, he nonetheless found the overall experience to his liking and satisfaction.

“I was glad I was able to give back to the community,” he said.

Taylor also said it was fitting for Imperial Valley College to host an event in commemoration of the anniversary of 9/11 since the campus educates and trains students pursuing careers in public safety.

“It’s a good thing to do,” he said. “Most of them were just toddlers when that happened.”

Imperial Valley College student Monica Cuellar said she was just 5 years old when the 9/11 attacks occurred. She said she remembers her mother being told by someone else to turn on the television and then hearing her scream afterward.

The 25-year-old Brawley resident is currently enrolled in the campus’ Fire Academy and is hoping to one day provide humanitarian aid in war-torn countries like Syria.

Aside from often watching documentaries about the terrorist attacks that are broadcast around the 9/11 anniversary, Cuellar said she has also taken part in local annual 9/11 commemorative events where people will share their stories. Hearing those stories often leave her feeling despondent.

“I can feel their pain,” she said. 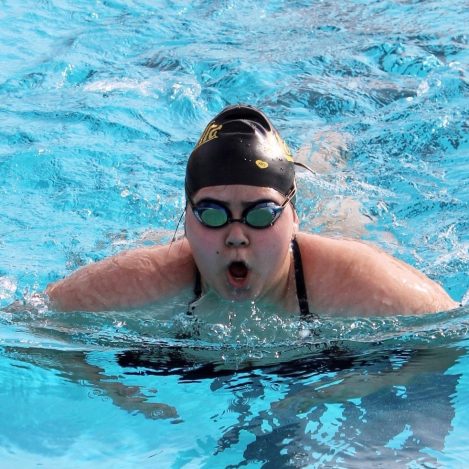