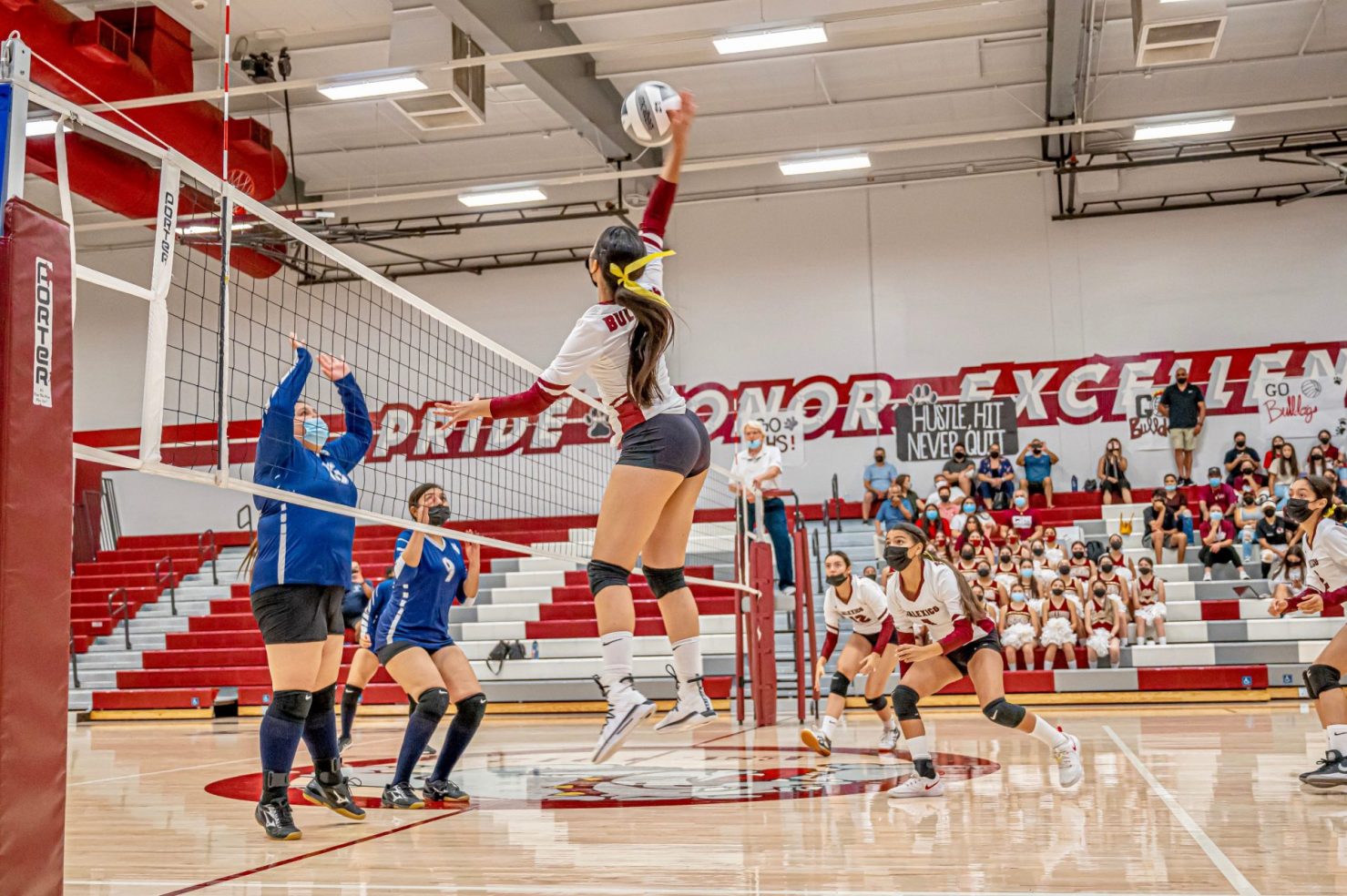 Calexico High School’s Yadi Zavala goes up for the kill during a nonleague match against Yuma High at Varner Gym in Calexico on Tuesday, Sept. 7. The Bulldogs swept Yuma in three sets to win the match. | CAMILO GARCIA JR. PHOTO
Home
Sports
In Sports

NATIONAL CITY — The Calexico High School volleyball team did some growing up on Saturday, Sept. 4, when the Bulldogs won the Bronze Division championship at the 48-team Sweetwater Invitational here.

After a rough day in pool play on Friday, Sept. 3, Calexico (9-3 overall) went 3-0 on Saturday, including sweep in the semifinals and finals over Hilltop of San Diego and Oceanside, respectively.

“I think the mindset of the girls changed,” said Humberto Sierra, Calexico’s first-year head coach. “We had been in games but couldn’t finish them, but on Saturday we were able to get the lead and finish games.”

In pool play on Friday, the Bulldogs lost to Sage Creek of Carlsbad, 0-2, then lost to Mira Mesa of San Diego, 1-2, before beating El Cajon Valley, 2-0. Those results put Calexico into the Bronze Division for Saturday’s bracket play.

The Bulldogs opened Saturday against Maranatha Christian of San Diego, a CIF-San Diego Section Division I team, and upset the Eagles, 2-1. That win sent a motivated Bulldogs’ squad into the semifinals to face Hilltop of San Diego.

Calexico beat Hilltop in straight sets, 2-0, to advance to the championship match and Sierra said he was expecting to face fellow Imperial Valley League foe Imperial but the Tigers were upset in the semifinals by Oceanside.

It didn’t take long for Calexico to dispose of Oceanside, winning 2-0 to claim the Bronze championship.

Against Hilltop, Ari Orozco led the Bulldogs with eight kills and nine digs. Yadi Zavala added five kills and eight digs while Andrea Lopez and Mia Ramirez each had 10 assists from their setting positions.

In the championship game against Oceanside, Perla Lomeli had 22 digs, seven kills and 11 aces to lead Calexico. Zavala finished with seven kills and five digs while Ramirez had 13 assists.

The two teams are scheduled to square off again at 5 p.m. Thursday, Sept. 9, in Yuma. 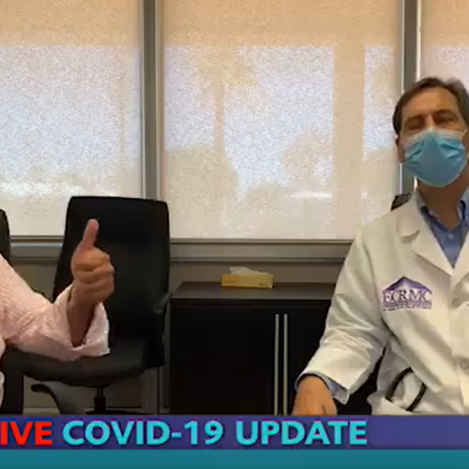