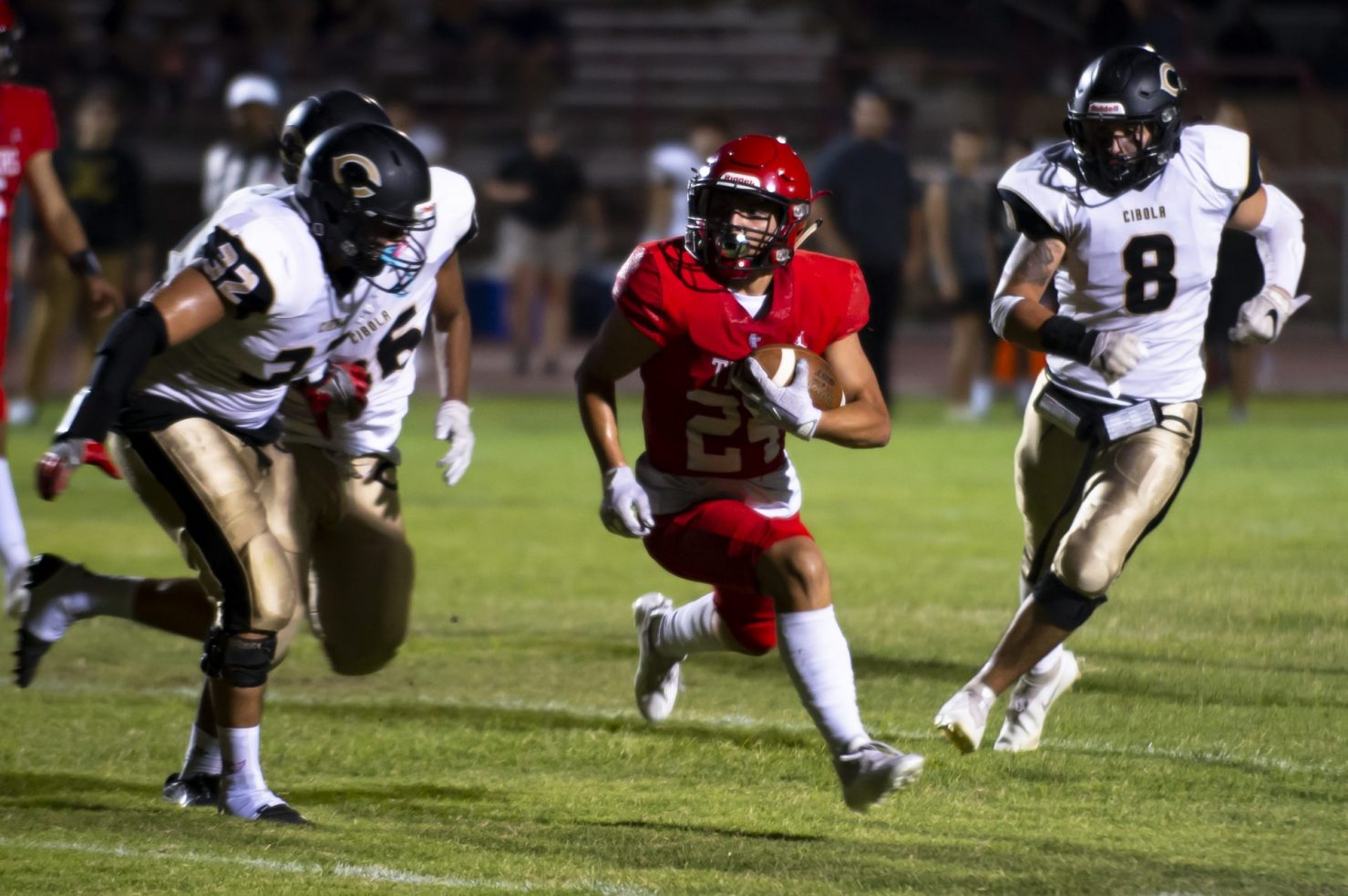 IMPERIAL — The Imperial High School football team jumped out to a 24-6 first-half lead and never looked back, beating Cibola High of Yuma, 41-14, in the home opener for the Tigers at Shimamoto-Simpson Stadium on Friday, Sept. 3.

Tigers’ quarterback Christopher Tiernan threw for a touchdown and rushed for a score in the easy win over the Raiders.

Spartans Blown Out in Palm Desert

A Charlie Sullivan rushing touchdown late in the first half put the Spartans (1-2 overall) ahead 7-6, but the floodgates then opened as Palm Desert took a 13-7 halftime lead and whopping 47-14 lead at the end of the third quarter.

The Aztecs had three touchdown passes and an interception return for a touchdown in the high-scoring third quarter.

Central will be on the road for the third straight week on Friday, Sept. 10, when the Spartans visit Vista for a 7 p.m. kickoff.

INDIO — Brawley Union High got into the win column with a 48-13 blow out over Indio in a nonleague matchup here on Thursday, Sept. 2.

The Wildcats opened the scoring with a long touchdown rush from junior Isaiah Young and they never looked back, building a 28-0 first-quarter lead and going up 41-0 at halftime.

Junior quarterback Ethan Gutierrez had a good day with his arm and legs, including a 68-yard touchdown pass.

Brawley (1-2 overall) hosts Cibola of Yuma in a nonleague matchup at Warne Field in Brawley at 7 p.m. Friday, Sept. 10.

Vikings’ senior running back Payton Iten finished with 166 yards on 20 carries and four touchdowns. His younger brother, sophomore Seth Iten, had 104 yards rushing and senior quarterback Spencer Hilfiker was 4-for-4 passing for 81 yards and two touchdowns.

The Vikings (3-0 overall) host Maranatha Christian High of San Diego for a 7 p.m. kickoff on Friday, Sept. 10, in their first home game of the season.