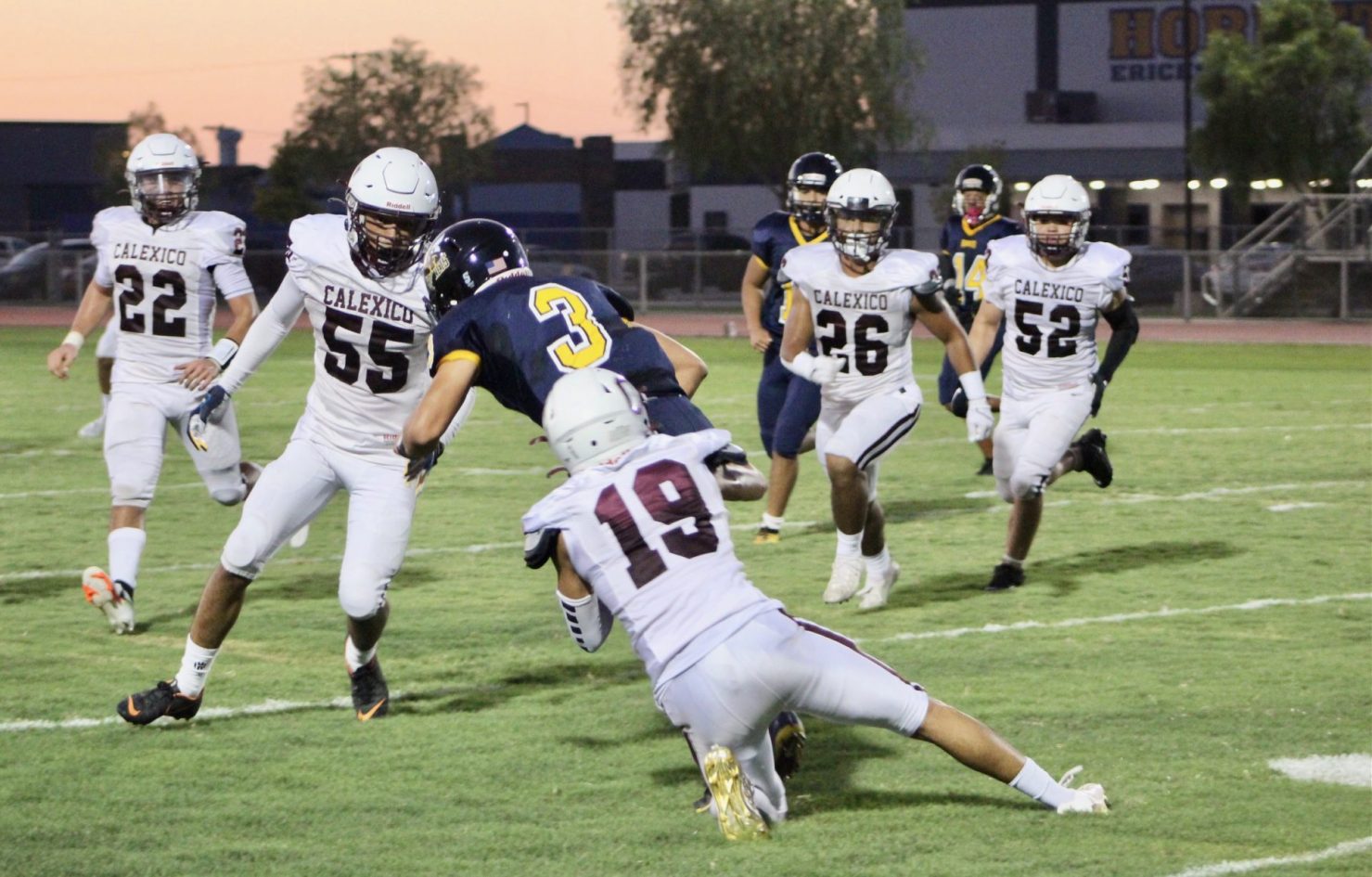 CALIPATRIA — The Calexico High School football team scored on its first two possessions and never looked back in a 27-0 nonleague victory over Calipatria at Veterans Field here on Friday, Sept. 3.

The Bulldogs (2-1 overall) showed early that they were going to overpower the smaller Hornets in the first two possessions, running the ball on nine of the first 10 plays to build a quick 13-0 lead.

“Each game we are going to see how the other team is playing us and let that determine if we use the run or pass more,” said Fernando Solano, Calexico’s second-year head coach. “We’re going to be aggressive up front and we will make the adjustments. Our line was getting a good push in the first quarter.”

Calexico took the opening kickoff and scored on the second play from scrimmage when senior Julian DeLeon took a handoff up the middle and cut to his right and sprinted 51 yards for a touchdown to put the Bulldogs up 6-0 just a minute into the game.

“I saw it open up and just tried to get through the hole as fast as I could and run as fast as I could,” said the 17-year-old DeLeon. “I didn’t play the last game so it felt good to come out and help the team early.”

DeLeon, who is also a middle linebacker for the Bulldogs, missed Calexico’s 60-6 rout of Castle Park a week prior after getting into an altercation against Palo Verde of Blythe in the opening game on Aug. 20.

“During my time playing here at Calexico, I think this is the best team we’ve had and the most organized we’ve been,” DeLeon said. “We still have problems we need to work out, but we can see the improvements.”

On their second possession, the Bulldogs marched 65 yards in eight plays with sophomore Andrew Rivera finishing the drive with a 13-yard touchdown run. Senior Lorenzo Rodriguez booted the extra point and Calexico was up 13-0 with 2:50 left in the opening quarter.

While Calexico’s offense was finding success on the ground, Calipatria’s offense was struggling to move the ball, failing to get a first down until late in the second quarter. The Hornets (0-1 overall) had just 39 yards of offense in the first half and managed just two first downs.

One of the reasons for the success of the Bulldogs’ defense was the play of senior defensive end Gabriel Verdugo who was constantly in the Hornets’ backfield pressuring the quarterback or knocking down pass attempts.

“I love rushing the quarterback but my job is to stop the run,” said the 17-year-old Verdugo. “Occasionally I get to chase after the quarterback and I had some success with it tonight.”

Calexico increased its lead to 20-0 on the first play of the second quarter when junior quarterback David Esquer hit junior Andres Ramirez for a 14-yard touchdown pass. Rodriguez kicked the extra point and the domination was on with 11:53 left in the second quarter.

The Bulldogs’ final score came on their first drive of the third quarter when they went back to the ground-and-pound action, rushing six straight times for 43 yards, including the last four on a run by Rivera for the touchdown with 5:49 left in the third quarter.

Rivera finished the game with nine carries for 51 yards and two touchdowns. DeLeon was the leading rusher on the night with six carries for 98 yards and the early touchdown. Calexico finished with 320 rushing yards while quarterbacks Abram Zazueta and Esquer combined to throw for 105 yards.

“We have put in a ton of work and the kids have bought in and we are slowly changing the mentality in the program,” Solano said. “But there are still a lot of holes we have to fill. We had too many fumbles and penalties tonight and we are working to get those things fixed.”

The Bulldogs will be back at Ward Field in Calexico at 7 p.m. Friday, Sept. 10, as they host Yuma High. According to Solano, there is a possibility the game will be moved to Thursday, Sept. 9, to accommodate the lack of football officials in the Imperial Valley. 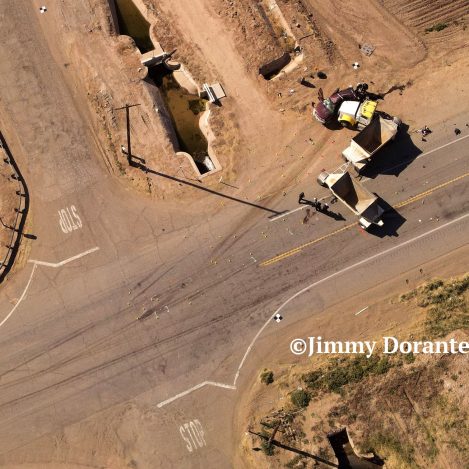