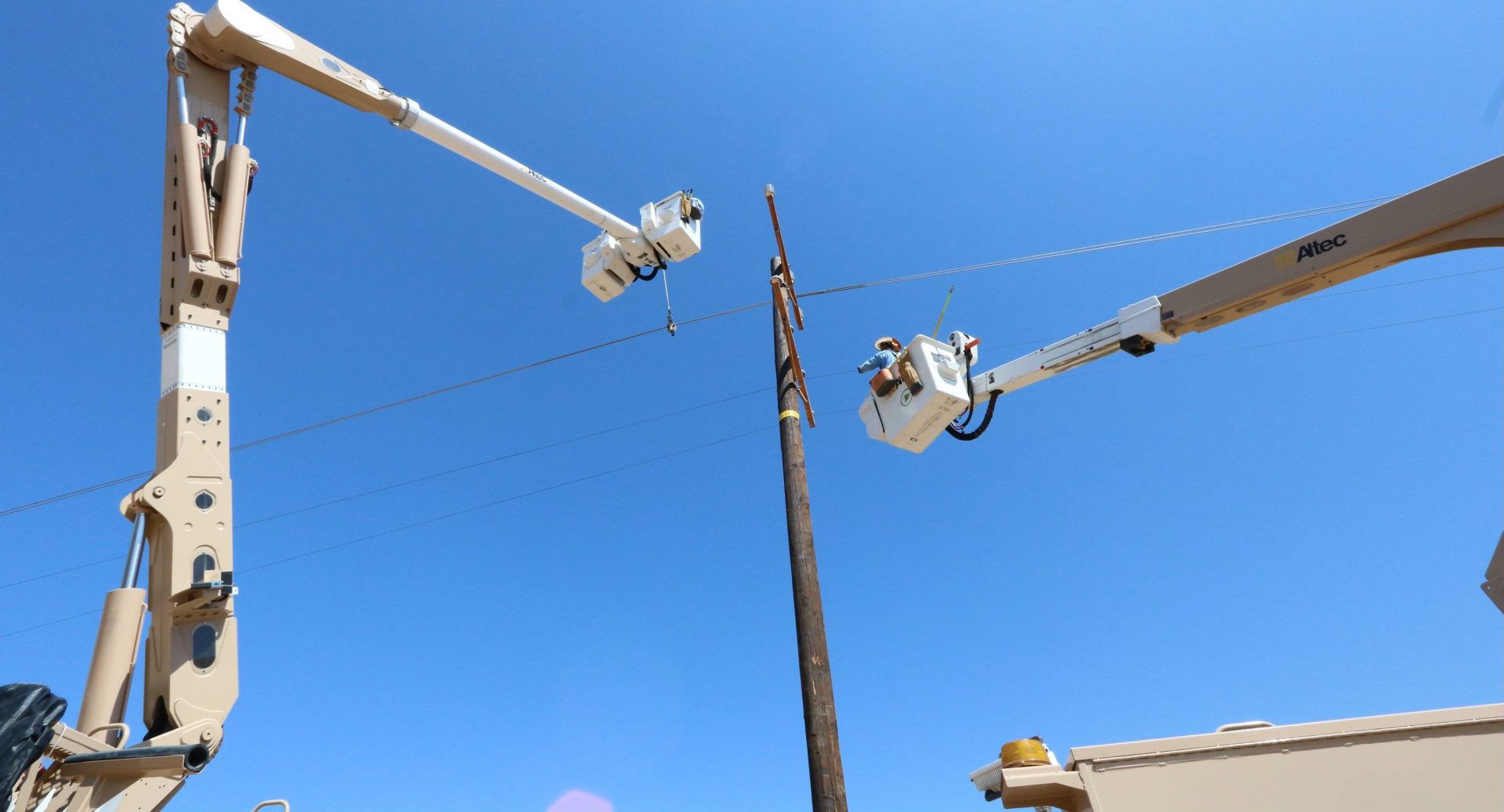 Imperial Irrigation District work crews put up new power poles near Young Road northwest of Calipatria on Thursday, Sept. 2. Many power poles and lines were downed by the storm on Tuesday night, Aug. 31, cutting off transmission capabilities for the Northend geothermal facilities. The district declared its second emergency during its second special meeting of the week on Thursday. | PHOTO COURTESY OF IMPERIAL IRRIGATION DISTRICT
In Regional News

NORTH IMPERIAL COUNTY — More than 6,000 Imperial Valley customers were affected by outages from a storm on Tuesday, Aug. 31, that sheared transmission power poles leading to geothermal plants near the Salton Sea.

The Imperial Irrigation District declared a second emergency this week stemming from Tuesday’s storm. This came after a storm on Monday, Aug. 30, caused damage to power infrastructure in the North Shore area and precipitated the first emergency declaration a day later.

“We lost transmission lines throughout the Valley including 10 to geothermal plants that have been idle since the storm hit,” district General Manager Henry Martinez said during the second special meeting on Thursday, Sept. 2.

The declaration, approved Sept. 2 by a 4-0 vote, with Director Norma Sierra Galindo absent, was specifically for Imperial County, Martinez said.

The district has had to request mutual aid from other power entities throughout the region, he added. They have also brought in private crews to assist in getting the power poles back up.

One of the major hurdles with the restoration is a lack of the right pole size to fix the transmission lines, Energy Department Manager Marilyn del Bosque Gilbert said during the meeting. More than 100 poles in multiple locations were downed by the weather event.

It was difficult the first day because access was cut off in some areas, she said. It was dark, roads were washed out and there was rough terrain in other areas. Resources, like people to fix the lines, had also become scarce as the district was dealing with a storm near North Shore in the Coachella Valley earlier in the week.

At the peak of the storm, more than 9,000 customers were affected, with 6,513 in the Imperial Valley facing outages and 2,691 in the Coachella Valley facing the same.

The district was able to get power restored to the customers, but now faces the problem of getting the transmission lines restored in the timeliest manner as some of that geothermal power is set to be sold on the grid.

The preliminary estimated restoration is for Monday, Sept. 6, she said at Thursday’s meeting. The district is hoping to get the transmission lines back up sooner, but it depends on getting transmission line power poles from other agencies. Many of the poles in production now are heading to the East Coast where hurricanes have made landfall.

“The materials needed are being determined and obtaining the appropriate pole sizes is the most challenging part that we will have here,” del Bosque Gilbert said. “Our biggest priority is reliability, so as load goes up next week, we need to get this online.” 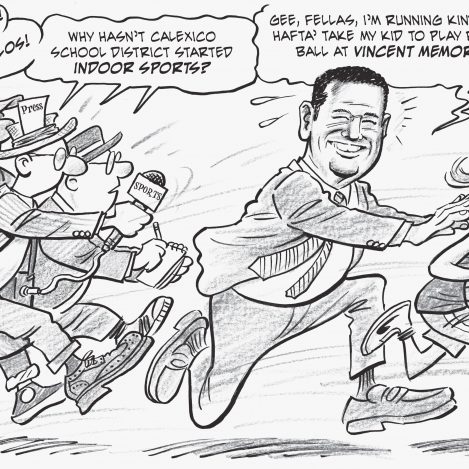 GILGAR: Indoor Sports OK’d at Private School, What About Public?