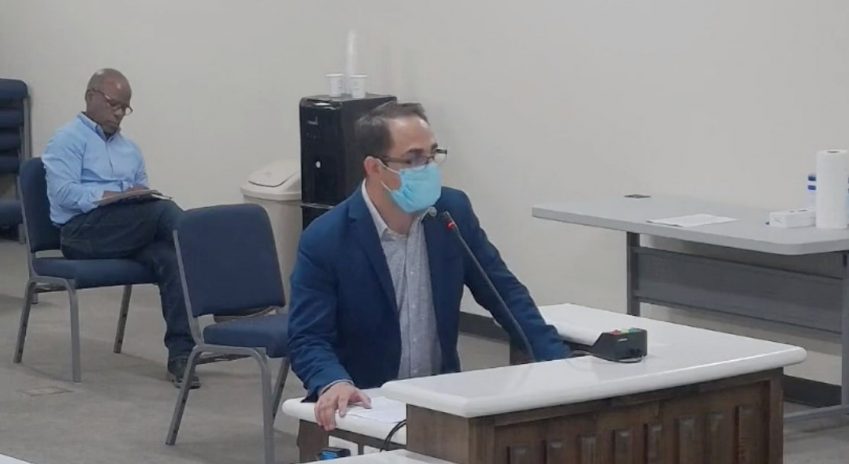 Imperial Valley Regional Chamber of Commerce executive Daniel Sohn attended the Imperial City Council on Wednesday, Sept. 1, where the council proclaimed Sept. 30 as Enterprise and Commerce Day, in celebration of the grand-opening of the Regional Chamber. | VIDEO CAPTURE
Share

IMPERIAL — Mayor Karin Eugenio proclaimed Sept. 30 to be Enterprise and Commerce Day, in celebration of the impending grand opening of the Imperial Valley Regional Chamber of Commerce later this month.

The Regional Chamber, which formed when the El Centro, Imperial and Westmorland chambers of Commerce merged earlier this year, officially began operating on Aug. 1.

“I’ve said from the very beginning, at my arrival here in March, that our business members come first, but a close second is our partnerships. And we are proud of our partnerships, and our governmental partners, like the city of Imperial,” said Daniel Sohn, the Regional Chamber’s chief executive officer and an Imperial resident.

He accepted a plaque with the proclamation encapsulated in glass during Wednesday’s Imperial City Council meeting and thanked the council.

“And we want to, again, not work or compete against you, but amplify the good work you are already doing in support of our enterprise and our business,” Sohn said.

Sohn invited the City Council to a ribbon-cutting event the Regional Chamber hopes to host on Sept. 30, provided that COVID restrictions allow it to take place, he said. Sohn also made a request that Mayor Eugenio not only attend, but read the proclamation at the event.

“We are privileged enough to know so many of our business owners first hand, like (on a) first name basis, and we’re able to visit them regularly, so thank you for what you do, thank you for being here, and I look forward to this future collaboration,” she said.

The city of Imperial voted to renew its memorandum of understanding with the Drug Enforcement Administration guaranteeing the city’s right to have an officer on the DEA Task Force, also known as the San Diego Integrated Narcotic Task Force. The task force aims to dismantle drug traffickers and money laundering organizations in Southern California, according to the city.

“It comes up every couple of years. It’s between our department and the DEA. It will essentially give us the option of placing a police officer on their task force, so it’s pretty much a holding spot for us,” Imperial police Capt. Max Sheffield explained to the council.

The MOU will have no fiscal impact on the city.

The City Council voted unanimously to accept a bid from Great Western Recreation to build the Paseo Del Sol Workout/Circuit feature, with a 15 percent contingency.

Great Western Recreation was the only bidder, bidding the work out area at $142,639.49. The improvements will also include solar lighting, so it can be used at night as well, leading Facebook user Ruben Rivera to comment: “Solar lights, great idea.”

The Paseo Del Sol subdivision is north of Aten Road and just west of Cross Road. The workout equipment will all be the kind where body weight is used as resistance.

A New Lift for Plants

The Imperial City Council unanimously approved the purchase of a new forklift for the Public Services Department, which has been operating without one. The new forklift will be a Hyundai 30D-9, purchased from Southern Lifted Trucks, and comes with a 6,000-pound lift capacity.

This forklift will cost the city $37,495 before taxes or shipping costs. A budgeted $50,000 covers all of the costs, splitting the bill between the water and the wastewater treatment plants. 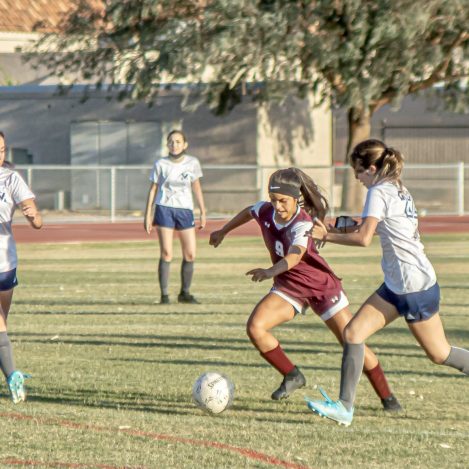