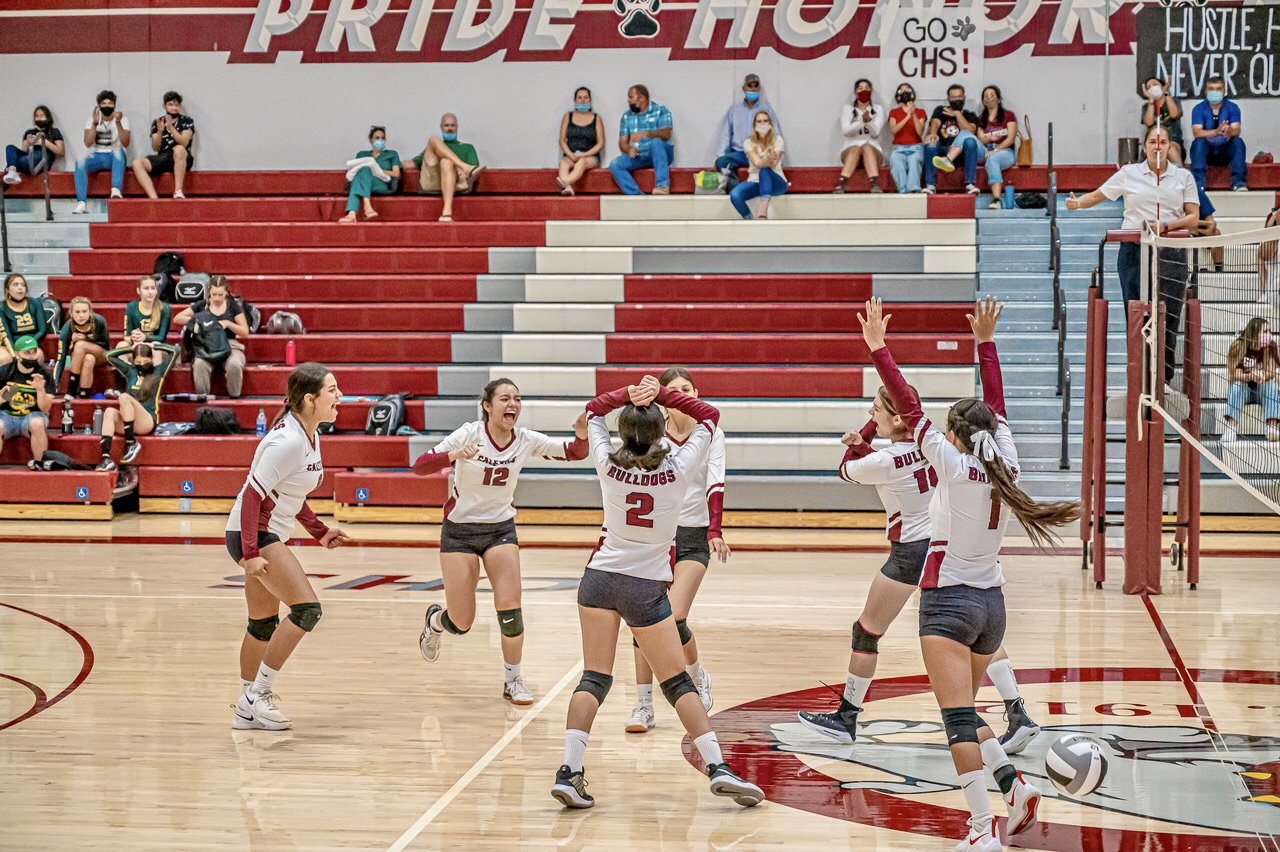 The Calexico High volleyball team celebrates a point during its nonleague matchup with Palo Verde Valley High of Blythe at Varner Gym in Calexico on Tuesday, Aug. 24. The Bulldogs have opened the season with four straight victories. | CAMILO GARCIA JR. PHOTO
Home
Sports
In Sports

CALEXICO — The Calexico High School volleyball team improved to a perfect 4-0 on the season as the Bulldogs beat Palo Verde Valley High of Blythe in a nonleague matchup at Varner Gym in Calexico on Tuesday, Aug. 24.

The young Bulldogs have gotten off to a quick start with two victories over the Yellowjackets this season, plus wins at Coachella Valley and at Central Union High in El Centro. It’s the kind of start first-year head coach Humberto Sierra was hoping for.

“I know the girls have been working and preparing hard for the season,” said Sierra, who is in his second go-round as head coach of the Bulldogs. “They are starting to adapt to what we are trying to teach them and learning our technique and our rotations.”

Tuesday was the first home volleyball match for Calexico in about 22 months and the young, inexperienced Bulldogs looked nervous as things got started. Calexico dropped the first game to the Yellowjackets, 24-26, before rallying for three straight wins, 25-11, 25-13 and 25-23.

“I think with it being the first home game of the season in front of their families and friends, they came out a little nervous,” Sierra said. “But after that first game they relaxed and started playing much better over the rest of the match.”

On Thursday, Aug. 19, the Bulldogs traveled to Central Union High in El Centro and beat the Spartans in straight sets, 25-6, 25-20, 25-20. Leading the way for Calexico was Ari Orozco with 10 kills. At the service line, Lomeli and Fernandez scored 13 points each while Ramirez led the Bulldogs with 16 assists from her setter position.

Calexico returns to the court on Sept. 2 with a road game at San Luis, Ariz., scheduled to begin at 6 p.m. The Bulldogs will take part in the Sweetwater Invitational in San Diego on Sept. 3 and 4. 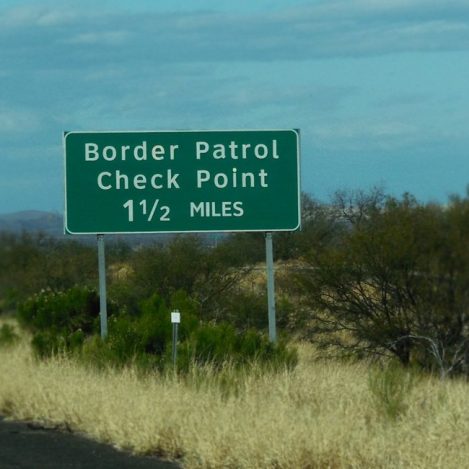 Border Patrol Arrests Teen in Possession of Fentanyl and Firearm