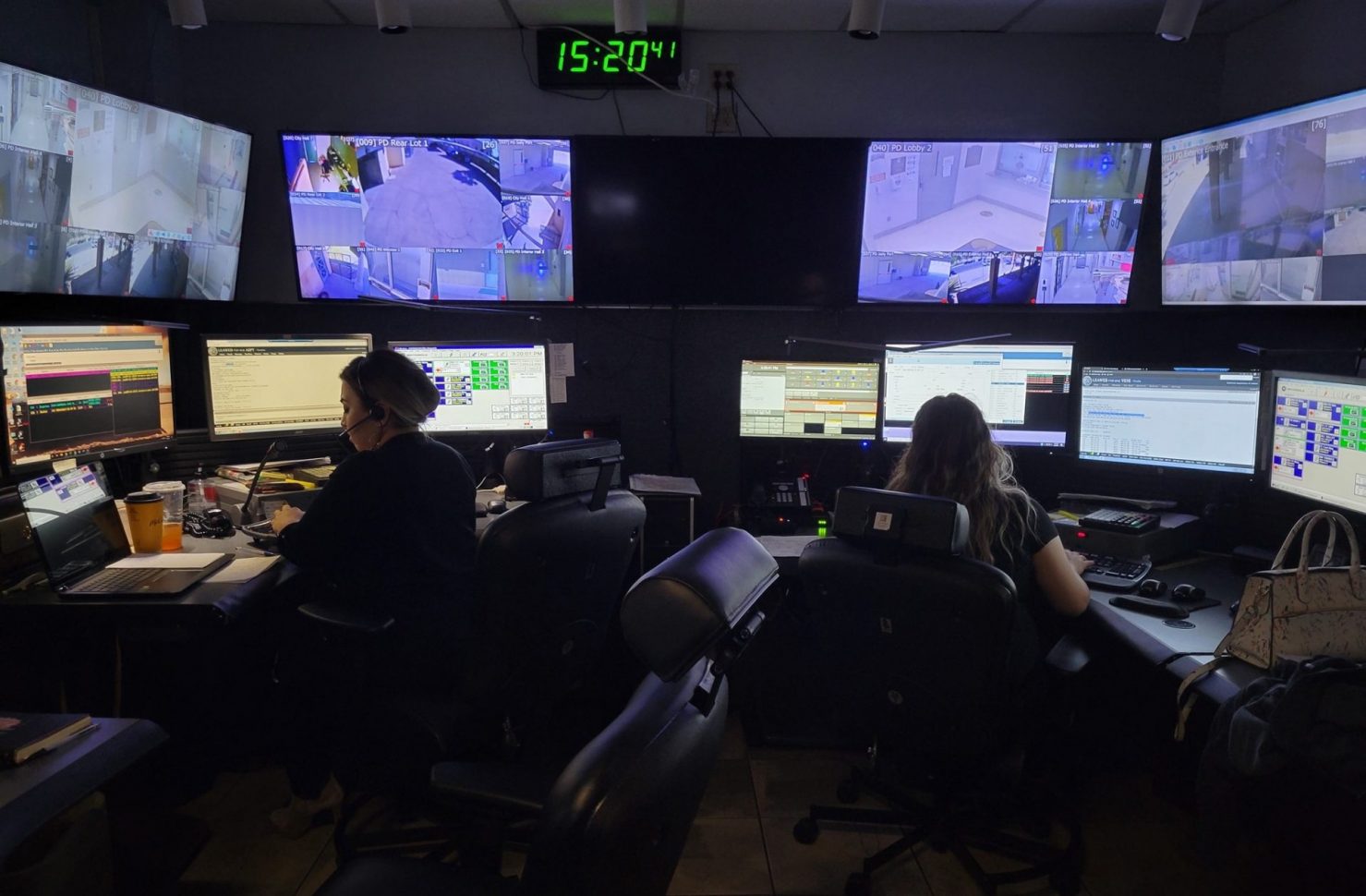 CALEXICO — Agreeing that staffing is at crisis levels for the city’s police and fire dispatchers, Calexico Police Chief Gonzalo Gerardo was to present several options to city administrators this week in an attempt to find the money to pay for at least two more positions as soon as possible.

Gerardo wouldn’t go into detail on what those options might be, but he hoped it would be a plan that could come before the City Council for approval in the next few weeks, or sometime in the next two regularly scheduled meetings.

The next council meeting would be Sept. 1.

The Police Department now has six full-time dispatchers, one dispatch supervisor and is augmenting staffing levels with temporary workers through an employment agency. He said those temp workers are under the supervision of accredited dispatch staff and do not handle calls by themselves.

Ultimately, Gerardo said he wants to add two more full-time trained communications staff this fiscal year, and two more in fiscal 2022-2023, for a total of 10, to give the department some “breathing room,” he added.

“Dispatchers, they’re very important. I mean, they hold a very special place in my heart. … My wife is a dispatcher, so I know what they go through,” Gerardo said in a recent interview. “I know the stress they go through, so believe me, I’m one of their biggest friggin’ cheerleaders.”

Calexico P.D. is understaffed in terms of on-the-ground patrol officers and dispatchers, and Gerardo said there is a need for both immediately. Still, he does see the burnout occurring in those who must field calls for all public safety services in a city without a hospital, where the Fire Department’s ambulance and medical crews function as the “hospital on wheels.”

Although public safety issues were not part of the City Council agenda during its meeting of Aug. 18, law enforcement-related issues loomed large that evening, first with passionate pleas from Calexico Police Officers Association leadership during the public comment portion of the meeting, and then the last-minute tabling of an agenda item from Mayor Javier Moreno regarding his controversial and apparently unpopular proposal to do away with the police advisory commission.

Chief Gerardo has opinions on that issue as well, saying that seeing the mayor’s proposal on the agenda took him by surprise and he does not agree with getting rid of the commission; rather, he believes it needs to be focused and its emphasis overhauled.

The temp workers covering dispatch that Gerardo referenced in the present staffing makeup was one of the central issues Police Officers Association member and dispatcher Griselda Gonzalez brought up when she addressed the City Council on Aug. 18.

“If you recall, during the last meeting, I expressed the need for dispatchers and requested positions to be open to the public continuously until filled. Apparently, there was a misunderstanding or lack of importance or interest, because the city was good to hire temporary employees from the Hunters Employment agency,” Gonzalez said.

Dispatch staff is represented by the POA, and Gonzalez represents the dispatchers.

“No other city in California hires first responders via employment agencies,” she said, adding it’s a liability to the city due to the temp workers’ lack of training and certification.

“A dispatcher hiring process consists of a full extended background check, including a medical exam and a live scan (fingerprint check),” Gonzalez said.

Also, fully accredited dispatchers attend a three-week academy through California Police Officers Standards and Training and are mandated every two years to complete 24 hours of training, she said.

“Our community deserves professional and certified employees to provide efficient services. We feel our profession, as dispatchers, is unbalanced where personnel is hired in this manner,” Gonzalez said. “It’s a slap in the face to us.”

Chief Gerardo acknowledged the use of the Hunter Employment Service employees. He said the process started more than three weeks ago and they have taken background checks. He added there are only two Hunter staffers working in this capacity.

It’s not ideal, he agreed, but it’s the best that can be done at the moment.

Gerardo assured, however, that the two temp workers were shadowing and being trained by his experienced dispatchers and supervisor. He added that this week the two temp workers were prepping to take the California Law Enforcement Telecommunications Test that would allow them the see the high-level information that the accredited dispatchers see. But if they don’t pass, they won’t get access to it.

“Dispatchers are very vital role in any agency. They’re the ones that take the initial call. They’re the ones that are the eyes and ears for police officers or firefighters,” the chief said, adding making sure the temp workers are up to snuff is important and continuing to find the money for the full-timers is equally necessary.

The members of the Calexico City Council — at least four-fifths of the council — got to opportunity to get up close and personal with the dispatchers the week of Aug. 18. Council members Camilo Garcia, Rosie Fernandez, Raul Ureña and Gloria Romo all took up the CPOA on its invitation to see what the dispatchers do.

CPOA President Luis Casillas, who addressed the council before Gonzalez, thanked the four members for joining the dispatchers and appeared to chide Mayor Moreno a bit for not showing up, but in a reserved manner.

“I called you a few times. I contacted (City Clerk) Gabby (Garcia) to try to get a hold of you. There’s probably just a miscommunication there somewhere along the line,” Casillas told Moreno. “Our invitation still stands, and hopefully you can come and address our association. They’re ready to hear from you. They heard from the other four council members. It was great dialogue.”

Mayor Pro Tem Garcia, Ureña and Romo each thanked the CPOA for letting them get a glimpse into what they do. Ureña expressed the desire to see the issue come before the council soon on how to possibly deal with the budget issue and finding a way to fund more dispatch staff.

Romo and Ureña both alluded to quite a big elephant in the room when they spoke of the funding mechanism for dispatchers. Although the dispatchers field calls for the police and fire departments, the cost to pay for their salaries is borne solely by the Police Department.

Placed on the agenda for Aug. 18 by Mayor Moreno, an ordinance was on the table to disband the five-member Calexico Community Police Advisory Commission.

A number of public comments were queued up for the issue and it appeared that support for the initiative was lacking from the minute the agenda was posted the Friday before the meeting.

Almost immediately a motion was made to table the issue and bring it back, which failed. But the question was called again to the pull the item and table it by Mayor Pro Tem Garcia, who did not say why he made the decision.

Later in the meeting, Ureña also expressed that the motion and vote were somewhat misconstrued, but that he also favored not addressing it immediately.

Chief Gerardo said over the weekend that there is the idea that he doesn’t want the commission, but that is untrue; rather, he believes it would serve the city better as an outreach arm instead of this idea of it being an investigative body.

He said the Police Officers Bill of Rights and other laws limit what kind of oversight a citizens’ committee can have on internal police matters. Plus, there is a transparent mechanism, through Internal Affairs investigations, to be able to do what a commission cannot.

Instead, the chief said he would like to see the bylaws changed to increase the size of the commission to seven members, and bring on people from specific walks of life, like senior citizens and the faith-based community.

He added that police commission members should also have a better level of working knowledge of the department.

It’s not clear when the Mayor Moreno’s proposal would return. 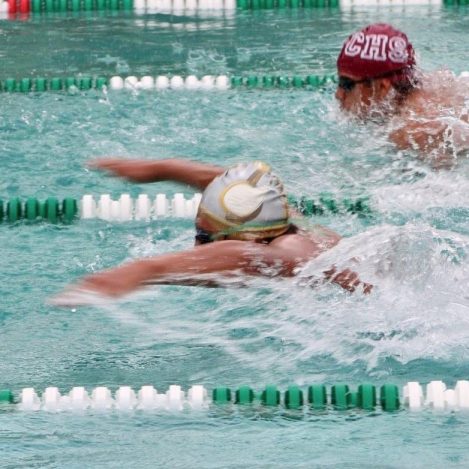