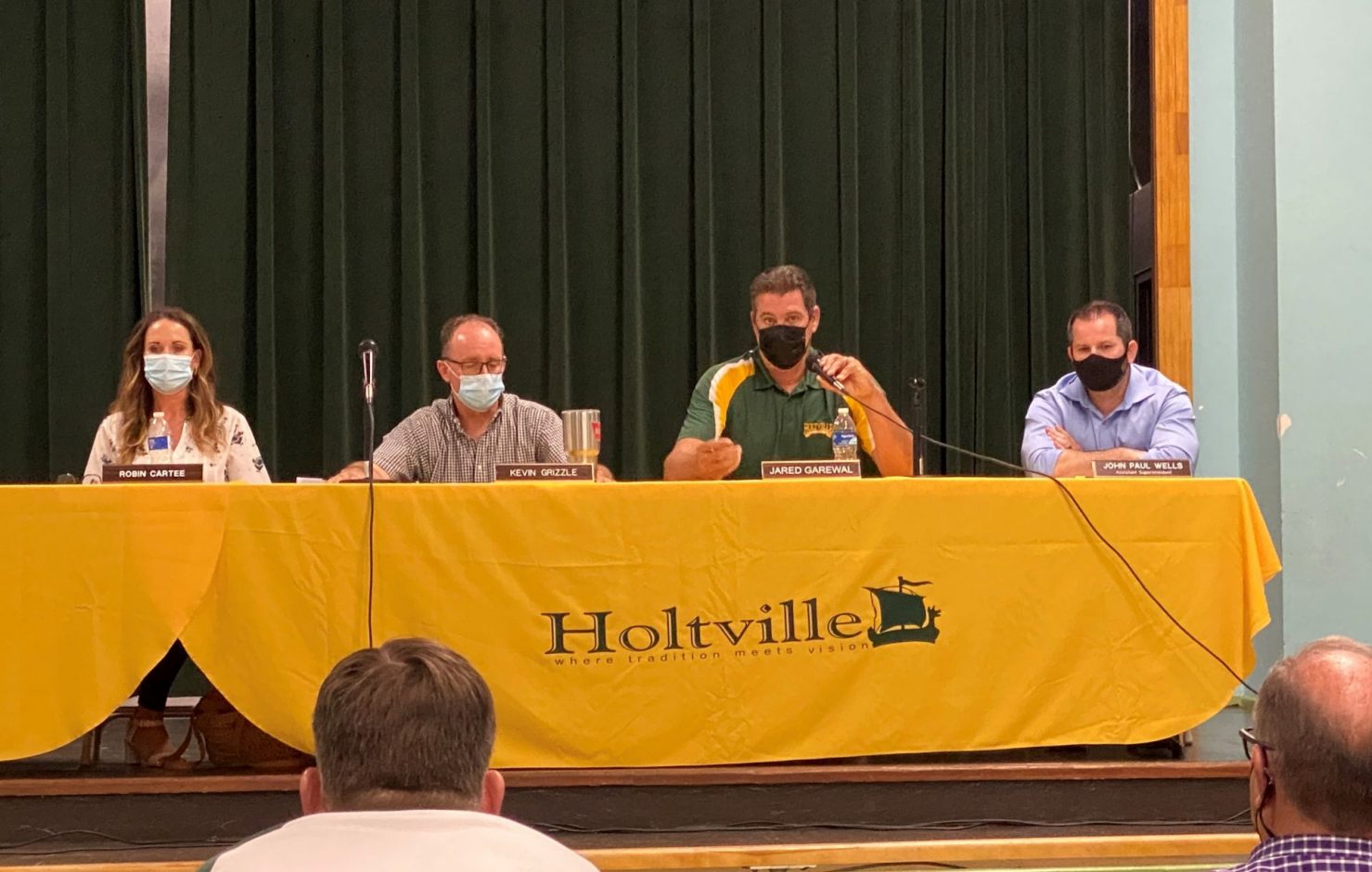 Jared Garewal (third from left), Holtville Unified School District board trustee, explains why he supports the mask mandate during the special board meeting on Wednesday, Aug. 19, in Finley Elementary School’s auditorium. Garewal was the only board member to vote in opposition to the board’s decision on Aug. 12 to adhere to the mandate but not enforce it. On Wednesday, the board voted, 4-1, to reverse that decision, with Trustee Robin Cartee (first from left), voting against reversal. | MARCIE LANDEROS PHOTO
Home
COVID-19
In COVID-19EducationRegional News

HOLTVILLE — When classes resume next week, face coverings will be required at Holtville Unified School District campuses after the Board of Trustees reversed its decision made just seven days earlier to not enforce the statewide mask mandate.

The 4-1 decision came during a fourth heated meeting convened to deal with the issue on Thursday evening, Aug. 19, which deeply divided portions of the community, in and outside Holtville.

Prior to calling for the vote, school board Trustee Kevin Grizzle helped to shine some light on the reasoning for the reversal, a statement that sent some of those supporters of the board’s original decision, also a 4-1 vote, heading for the Finley Elementary auditorium exit.

“I have listened to everybody over the past week, and I have thought about it every day, and tried to hear every side and every opinion, and I think we can all agree that the most import thing is to have our schools open, in person, and not go back to Zoom (distance learning),” Grizzle said. “I don’t think anybody wants that.

“But here’s the deal: if we don’t comply, our insurance is going to drop us, our liability company. Our workman’s comp company is also not going to cover us. Cal/OSHA is going to visit, and call it an unsafe workplace, we will have grievance with the (Holtville Teachers Association). We will have a cease-and-desist order from the health department and will face criminal penalties.” Grizzle added. “I think it is more important to open the school in person and not go back to Zoom.”

On Aug. 12, the board voted to adhere to the mandate but to not to seek corrective measures against those children who did not wear masks in school. Trustee Jared Garewal voted in opposition to the initial decision, which was made during a special meeting.

Since then, one regular meeting and two additional special meetings led to the Aug. 19 reversal. This time, Trustee Robin Cartee was the dissenting voice.

“I just want to say personally, just like Grizzle here, I’ve done so much reading that my mind is exploding,” Cartee said. “I feel strongly that the risks to children wearing masks far outweighs the benefits. And I know there have been zero studies on safety of masks on children. There are none. They have not studied whether or not it is safe for our children to wear those masks all day long.

“They have not, but they have determined that masks are not effective at stopping viruses,” Cartee added, referencing the print packaging on a box on masks. “It states it right on the box at Costco. It states it clearly on the side of it.”

The entirety of the evening was as explosive and divisive as the discussion, with the meeting starting with a man, later identified as Logan Layton, refusing to comply with the “mask mandate,” telling the school board, “I am here for my kids, just like everyone else is, and I don’t want to wear a mask, and no one is going to make me. It’s not a law. And if you have a problem with it, come say something.”

This came despite an Imperial County public health order that went into effect on Wednesday, Aug. 19, that requires masks must be worn in all indoor settings, no matter vaccination status. That order, as all public health orders, can be enforced, through fine or imprisonment, if a peace officer and a court of law so decides.

Brawley physician, Dr. George Fareed, was also in attendance, with those who support personal choice demanding that he receive the same 10 minutes the school board allotted Imperial County Public Health Director Janette Angulo for her presentation the evening before.

Fareed’s comments, which included his beliefs on COVID treatments that have been disavowed by the larger medical community, his disbelief in the COVID vaccine, and his opinion that masks are dangerous to children, attracted the attention of Jose Gomez, a Holtville resident whose son graduated from Holtville High School last year.

Tisha Nelson, a resident of Holtville whose children attend school in the district, expressed disappointment in the school board’s reversal during a Facebook Messenger conversation just a few hours after the board meeting.

“It upsets me that the board reversed their original vote, because I feel like even though it was made out to be for legal reasons, it felt more like some were trying to please those who complained about the original vote, especially when the board was presented with facts regarding the mask wearing for children and how they are not needed,” she wrote.

Reactions to the reversal on Holtville Info Board, a public Facebook group with 6,500 members dedicated to sharing news and information specific to Holtville, were mostly positive, with many expressing relief. 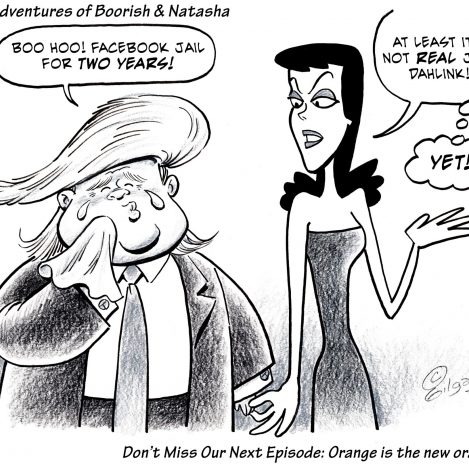