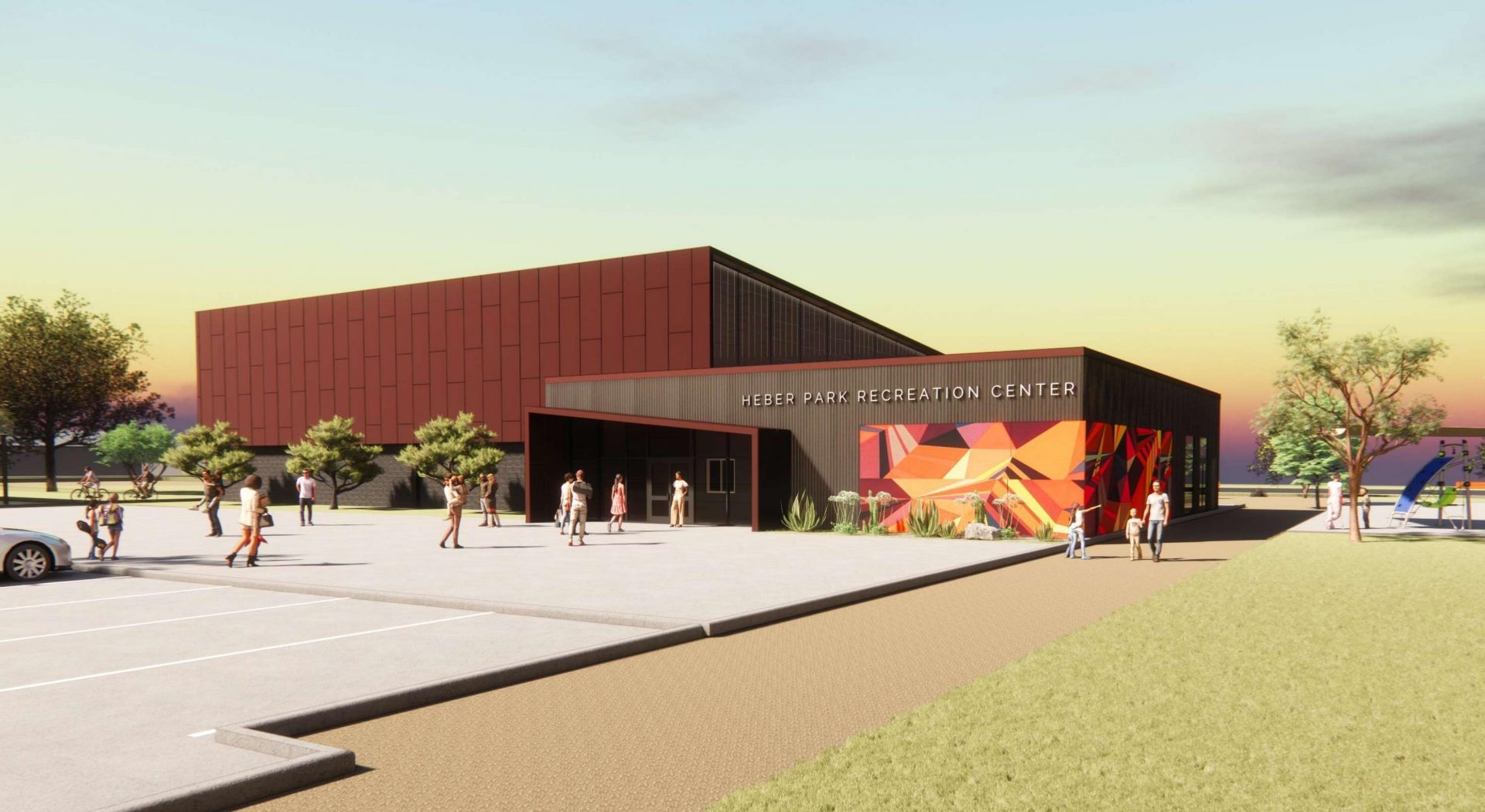 A rendering of the “Heber Park Recreation Center,” an indoor gymnasium that will be the focal point for a planned rehabilitation of the park through an $8.5 million state grant the city received in February 2020, is shown. The Calexico City Council was given a presentation on the status of the project during its meeting on Wednesday, Aug. 18. The park is slated to open in August 2023. | JEFF KATZ ARCHITECTURE IMAGE
In Featured StoriesLocal News

Heber Park Reboot Due in Summer ’23

CALEXICO — It seems like forever and a day since news came that Calexico had been awarded an $8.5 million state grant to redevelop Heber Park, double its footprint, and build the city its first indoor gym that would not have to be shared with the school district.

That was 18 months ago, and the community got its first look at the preliminary designs for the revamped park since the city hired an architectural firm to begin a process expected to culminate in a late summer 2023 opening.

“We worked hard to try and maximize all of the park components and building components that we can get into this project for the available funds,” said Jeff Katz, principal of JKA (Jeff Katz Architecture) of San Diego.

With many of the components of the project still to be determined and finalized over the next four to six months, much of what was presented during the Calexico City Council meeting on Wednesday evening, Aug. 18, focused on the park addition and the recreation center/gymnasium.

“We have focused our efforts on building and trying to maximize all the program functions within the building that the community desires. … The gymnasium will be large enough to accommodate a high school-size basketball court, and will also be a multi-sport court, so there will be striping for volleyball, badminton and pickleball, as well as basketball,” Katz said, taking the council through the latest renderings of the project.

It was Feb. 25, 2020, when the city announced it had received the state Parks and Recreation Department’s Proposition 68 grant funds to take one of the city’s older, seldom-used parks and make it a jewel in the city’s improving parks system.

Heber Park at 2.35 acres is in the mid-size range of the city’s 15-plus parks, tucked among a neighborhood of a dozen-plus older homes and several dozen commercial businesses closer to Highway 98 and Imperial and Emerson avenues, a single, square-shaped city block bordered by Ollie and Harold avenues and Roosevelt Street and the now-closed Sheridan Street.

It has a relatively new playground in one corner and some restrooms, but it’s also a patchwork of grass and areas of dirt, a few dozen trees and not much else.

The competitive process to apply for the grant back in 2019 occurred over several months, and chances are some in the community might have forgotten that the green space at the current Heber Park is just a portion of the project.

The gym/rec center that is really the focal point of the project will sit on an adjoining piece of property, now an empty lot that formerly housed a National Guard armory directly south of Heber Park that was torn down many years ago. The two pieces of land of near equal size had been separated by Sheridan Street before it was closed in the year and a half since the grant award.

“The gymnasium is wide enough to have bleachers … there are public restrooms within the building, as well as a large multi-purpose room that can be multifunction,” Katz said. “And all of this is set up to accommodate all of the programming and storage needs of the recreation programs.”

The design of the gym/rec building itself is epic, angular, and provides plenty of natural lighting through a section of translucent panels on the upper portion, and an area that is planned to feature public art created by Calexico residents.

The green space of the park itself, which Katz kept referring to as having “passive functions,” and a covered picnic area was less defined as the section with the gym. Those amenities would develop further along in the design process, Katz indicated.

The first design that was shown to the community in 2020 is considerably different than the one presented Aug. 18. The gym is now in the center of what is about a 4.7-acre site (with the original park combined with the former armory parcel), with “passive” green spaces to the north and south sides, a large parking lot moved from the south end to the east side off Harold Avenue.

“The grant that was secured will pay for everything that Jeff just shared with us, because that was the direction that we received,” Calexico City Manager Miguel Figueroa said. “And even though there was the possibility of potentially looking at other enhancements, the direction, like Jeff mentioned, was very clear. We want to finish product. Because we want to deliver something.

“If at some point we can future enhance the project by securing additional monies, that’s going to happen … if we’re able to accomplish that,” Figueroa added.

Katz presented a timeline to the council. Presently, the project is the schematic design phase, moving into design development from October through January 2022.

Construction documents will be developed, and the final project will come to the council for approval in about a year, with the project going out to bid in fall 2022 and construction starting in October 2022.

Mayor Javier Moreno asked that the renderings from Katz’s firm be posted in the lobby of City Hall so the public can see what the city is planning.

Improvements at Adrian C. Cordova Memorial Park on the east side of town continues.

The pre-fabricated restrooms from Romtec Inc. of Roseburg, Oregon, that the city paid some $304,000 for in April were to be completed as of Friday, Aug. 20, Calexico Public Works Manager Liliana Falomir said on Aug. 18.

Falomir said city staff has “already installed the irrigation system for baseball field one, two and three. We are currently requesting proposals to purchase the hydroseed (to plant grass). Also, we are starting to get proposals to purchase several accessories like the dugout, benches, and hopefully some features.”

Cordova Park is bordered on the north by Meadows Drive, on the west by Clinton Avenue, on the east by homes in the subdivision, and on the south side by East Zapata Street, where the restroom units will be located.

Editor Richard Montenegro Brown can be reached at rbrown@calexicochronicle.com 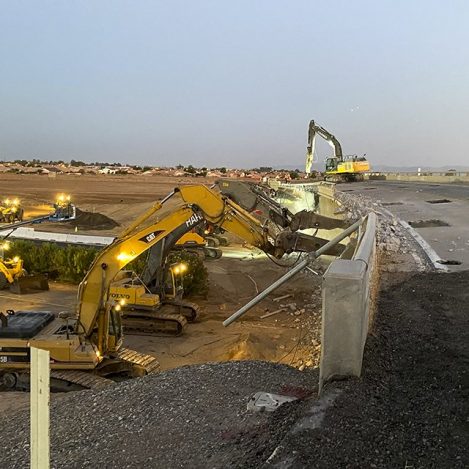