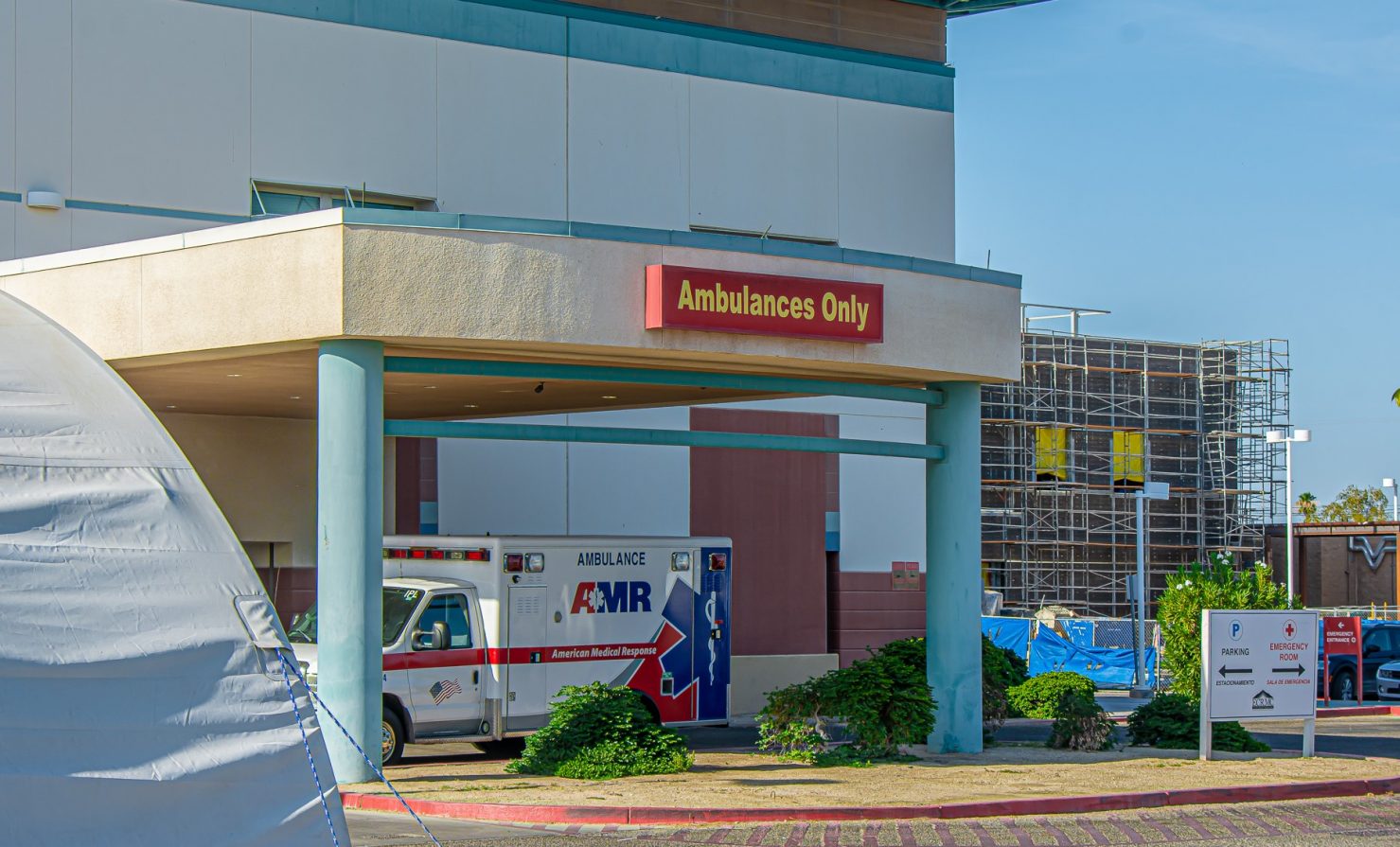 Amid reports that an Imperial Valley child died from COVID earlier in the week, the move toward requiring proof of vaccination or negative test results in multiple workplaces across various situations gained steam at a time when local coronavirus hospitalizations are more dramatically rising.

A 13-year-old child died of complications from COVID in El Centro Regional Medical Center to start the week, Chief Executive Officer Dr. Adolphe Edward confirmed on Thursday, Aug. 12, although he would not specifically say which day or reveal any other potentially identifying information.

“It is true we had a child pass away. We are working (with) the family of the child,” Edward stated shortly before an afternoon joint press conference of the Imperial County Public Health Department and the area’s two hospitals in which a spike in COVID-related hospitalizations was discussed.

A GoFundMe account circulating for a 13-year-old who reportedly died on Monday, Aug. 9, has been posted in a number of locations on social media, including the livestream of Thursday’s press conference, and it is believed to be the child in question, although that could not be immediately confirmed.

When confirmed through case investigation and after a death certificate is issued (which can take several weeks), this latest case would only be the second recorded instance of a minor succumbing to COVID in Imperial County. The first was a 9-year-old confirmed by Public Health in May.

This comes as overall positive cases of the SARS-CoV-2 virus that causes COVID-19 in Imperial County increase in positivity percentages (8.6 percent for the week of July 31; 6.1 percent, July 24) and case rates per 100,000 residents (18, July 31; 10.1, July 24) to new weekly highs and state health orders pile up requiring proof of vaccination or weekly testing in various workplaces.

On Aug. 5, staff members in hospitals and some congregate-care situations were ordered to begin showing proof of vaccination status or be forced to submit to weekly testing to stay on the job. On Wednesday, Aug. 11, that mandate moved to California’s teachers and to all visitors of hospitals, both by state public health decree.

“We have seen a slow uptick in Imperial County over the last several weeks, our uptick has been slower than what’s happened in many of these other regions of the state, but it has increased nonetheless,” said Imperial County Public Health Officer, Dr. Stephen Munday, during the press conference.

He noted that according to one statistic that is used to determine the spread at the state level, there has been an ever-so-slight improvement over last week, which could be an indicator that transmission has leveled off in California is the incremental decrease continues. Again, he is not referring to Imperial County specifically.

“That magical number that gives you the average number of people that are infected by each person who is sick, is currently at 1.2. And everything above 1 means that the epidemic is increasing, below 1 means that the epidemic is decreasing,” Munday said. “At the statewide level, we’re at approximately 1.2. That is actually improving. Last week or so, it was about 1.3. So hopefully that trend will continue. And if it does, that means we should start to see a drop in the case count.”

But he warned that the “lagging indicators” — those numbers that come after the initial COVID infections are reported, such as hospitalization rates and deaths — will likely increase in severity “because they’re affected by what happened a few weeks ago,” he said.

ECRMC experienced a dramatic rise in the number of COVID-positive patients admitted this week — eight arrived at the hospital in a three-hour period on Sunday, Aug. 8, and a total of 13 were admitted as on Monday morning.

A similar increase had eluded Brawley’s Pioneers Memorial Hospital initially, but Chief Executive Officer Larry Lewis said the north end facility had seven COVID patients admitted on Thursday, a figure he said that had doubled since the previous week.

El Centro had 12 COVID patients admitted on Thursday, three of which were in the intensive-care unit, CEO Edward said.

“Just last night (Aug. 11), from the 99 visits that we had in our emergency room department, 35 of those visits were actually attributed to COVID-19, at 35 percent,” Edward said.

In a way contradicting Munday’s thought that a trend in transmission at the state level might be happening, Edward said epidemiologists with University of California San Diego, which is affiliated with ECRMC, “are predicting that this increase … is going to continue for at least a couple of more months. We’re ready as a hospital to take on the responsibility and take on the patients.”

The most recent available data for Imperial County, which Public Health updates on Tuesdays and Thursdays, showed 201 active COVID cases and 743 deaths on Aug. 12, although Munday said the state had slightly different data showing 745 deaths. Deaths can take several weeks to post due to delays in issuing death certificates and investigations.

Munday provided little new information on the variants in the Valley. A new report was issued by county Public Health on Monday afternoon, showing that 22 instances of the more transmissible Delta variant have been sequenced from Imperial County samples in just a little over a month.

The Delta variant accounted for 95 percent of new cases tracked at the end of July, according to a report from the U.S. Centers for Disease Control and Prevention on Thursday.

CDC also issued an advisory late Thursday that in the case of the severely immunocompromised, such as organ transplant patients, the federal emergency-use authorization for the three approved vaccines now allows for a booster shot option (third shot in the case of the Pfizer and Moderna versions, and a second for the Johnson & Johnson).

There is still some question how Wednesday’s most recent mandate by state Public Health Officer, Dr. Tomás J. Aragón, to require that all California’s teachers show proof of vaccination, or submit to weekly testing, will unfold.

Some local officials have stated they are considering the implications and how it will work, and at least one representative for a large local teachers’ union is in support of the initiative.

Additionally, a second mandate issued Aug. 11 requiring all visitors to hospitals to show similar proof or a negative test, begin at ECRMC and Pioneers on Thursday.

Although Duenas said this is not really a union issue because it is a public health order, Duenas is in favor of the requirement as a health and safety measure.

“I think it’s a good thing that the state has stepped in because at least now we have an alternative for those that do not want to get the vaccine, because previously it was just, it is my HIPAA right not to tell you whether I have the vaccine or not,” he said. “So, we necessarily did not have an idea who on our campus was vaccinated as an adult and who was not. Now at least we will.

“At least there’ll be some sort of tracking mechanism to ensure that all adults that are around children will be vaccinated or monitored by the weekly testing of the mandate,” Duenas added. “I think that this is good news.”

Admittedly, Duenas said the reactions overall will be mixed as there are people for and against vaccination across the board.

Duenas acknowledged that at the high school level, students have the option to be vaccinated. This mandate becomes more crucial for primary teachers since children 11 and under cannot receive the vaccine yet.

Dr. Munday, earlier this week, said he expects that the emergency authorization on vaccines will be extended to younger populations, but he predicts that might not happen for children under 12 until the late fall or early winter due to the pharmaceutical companies widening their safety trials at the request of the federal government.

A representative for Associated Calexico Teachers had no comment on the issue when contacted on Thursday.

The Calexico Unified School District issued a statement on Thursday evening on behalf of Superintendent Carlos Gonzales in response to a request for comment.

“We are currently preparing to open our sites for 100 (percent) in-person instruction on Aug. 23, 2021. We will be working together with our board, administration, and staff to move forward in executing this mandate in a timely manner. Several of our CUSD staff members are already inoculated. We will also consult with our medical community, the Imperial County Department of Public Health, and the Imperial County Office of Education for further guidance and the ability to organize staff vaccine clinics at our sites. Our goal continues to be the health and safety of all staff and students,” the statement reads.

“The Imperial County Office of Education is supportive of any effort that will contribute to the health of our community and help create an environment where our students can safely learn and our teachers and paraprofessionals can provide the appropriate support and instruction,” stated Alvaro Ramirez, ICOE Safety and Emergency Preparedness coordinator.

“ICOE has mechanisms in place and is in the process of securing additional resources from the California Department of Public Health to ensure we meet the new requirements as set forth in the order in a way that minimizes the impact on instruction provided and our overall operations.” Ramirez added.

Meanwhile, ECRMC’s Edward and Pioneers’ Lewis spoke briefly during Thursday’s press conference about the new requirements on those visiting the hospitals.

“We’ve … initiated through the public order screening patients at the front with the enhanced screening, information request, vaccinations and testing. Those should be up on our website within the next day or so,” Lewis said.

Added Edward: “All visitors that are coming to the ECRMC main campus will have to provide proof of being fully vaccinated or a negative COVID-19 test within the last 72 hours.”

The Aug. 5 health order and mandate of similar proof for healthcare staff has proved to a bit more complicated. Lewis and Edward have said separately that about 85 percent of their patient staff is already vaccinated, but the testing requirement is a piece for which neither hospital was prepared and said the order is akin to what Edward called an “unfunded mandate.”

Lewis said on Thursday that work is underway to begin the testing of unvaccinated staff starting next week.

“We are making preparations, per the public health order, to begin testing of all of our unvaccinated employees, twice weekly for patient care areas,” the Pioneers CEO said. “And then also educating and encouraging our staff to be vaccinated by Sept. 30, again, at the mandatory order from public health, so preparations are underway.”

Both chief executives said the costs of testing employees was not something they were prepared for, and Edward estimated it could impact El Centro Regional by as much as $2 million.

“It’s not just the vaccination, it’s the testing piece. Testing is expensive. It’s not cheap, and it’s not free either,” he said Monday. “How we’re going to pay for all that remains to be a mystery.”

A separate issue advancing locally is with a group of vocal parents, aided by the efforts of a local physician, petitioning various school district boards regarding the state health order from mid-July mandating that students use face masks when they return to campus in the next few weeks.

A separate story is in the works on this issue. 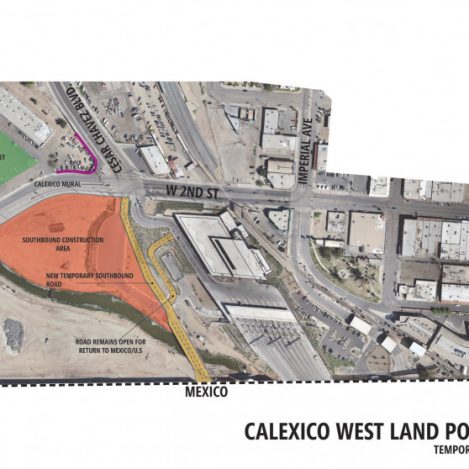