Keeping the lights on and the air conditioner running for residents in the Imperial Irrigation District’s service area, which includes all Imperial County and a portion of Coachella Valley, just got more expensive.

Although the base power rate remains unchanged, the district has announced it has increased the energy-cost adjustment factor of customers’ energy bill to counter “substantially higher costs” to the utility during the summer months, according to a press release. The rate will go into effect on August’s bills.

The overall energy rate will increase to $0.027 cents per kilowatt hour, an about 16 percent increase on the average customer’s bill. For a bill of $100, that would about $116 under the increase.

The energy-cost adjustment is calculated monthly, both increasing and decreasing from time to time, to account for the fluctuations in market prices resulting in a higher monthly ECA rate.

“The increase is due to substantially higher costs charged to the district for purchased power, fuel to generate electricity, tight supplies and market conditions,” according to a press release from the district. “These expenses are reflected in the Energy Cost Adjustment factor (ECA) portion of customers’ electric bills and were recently increased to offset the added costs to IID.

“The utility does not generate any extra revenue from the ECA since it is a pass-through cost,” according to the release.

For the average customer (with an August 2021 consumption of 2,100 kilowatt hours) the average monthly cost of the ECA, at this time, could be between $43 and $50.

The IID board voted 5-0 on July 20 to increase the ECA for the month of August.

“We’ll be back to you,” IID Chief Financial Officer Belen Valenzuela told the board during its July 20 meeting. “We’re going to be watching this very closely. …We’ll be back every month kind of to show you where we’re at before we set that following month’s ECA.”

“In summary, we’ve racked up some bills this summer due to the energy markets as they are,” Vice President of the Board JB Hamby said. “It’s a board priority to keep the lights on all summer long. We didn’t have interruptions. There’s some costs associated with that. So, the way we’re setting the ECA is to help balance that level out so we don’t have …”

“So, we’re keeping that level to people’s power bills, so we don’t have any disruptions to people’s wallets, especially for those on fixed accounts and so forth,” Hamby said.

“If we didn’t spread it out for the months like that, what would be the estimated spike?” President of the Board Jim Hanks asked.

“About 5 cents per kilowatt hour,” Valenzuela responded. “About double.”

“That would be hard to handle,” Hanks said.

California’s power supply has been limited, hampering IID’s ability to import energy and resulting in higher costs, according to the press release.

“Acting out of an abundance of caution and in the best interest of IID customers,” General Manager Henry Martinez added. “The IID Board and staff are working to get us through this difficult time and their attention and efforts are widely appreciated.” 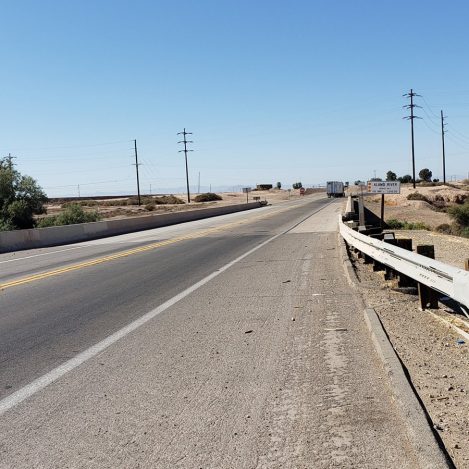