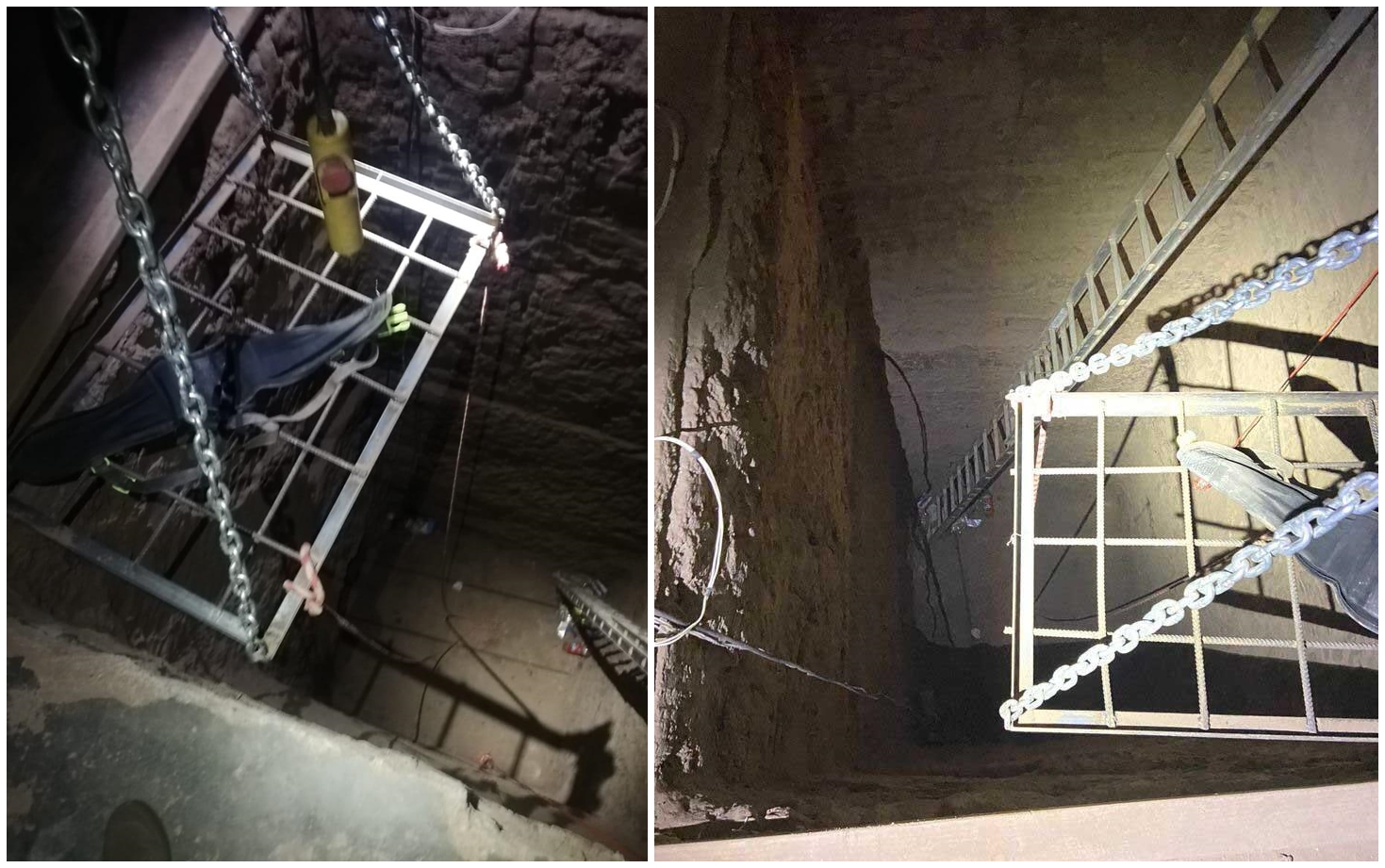 A 22-foot-deep suspected drug tunnel that did not have an exit was found in a Mexicali home on Monday, Aug. 2 and contained electricity, a hoist, rail system and cart and ventilation. The unfinished 183-foot tunnel extended into Calexico by three feet. | U.S. IMMIGRATION AND CUSTOMS ENFORCEMENT/HOMELAND SECURITY INVESTIGATIONS PHOTOS
Home
Local News
In Local NewsPublic Safety

CALEXICO — A sophisticated yet unfinished suspected drug tunnel was discovered last week in a Mexicali residence and extended three feet into Calexico, behind the Gran Plaza Outlets, according to conflicting reports.

Although U.S. Immigration and Customs Enforcement did not give the location of the tunnel in relation to the city, reports from El Heraldo de México of Mexico City states the tunnel was found near the “Outlets,” referring to Gran Plaza off Second Street west of the downtown area.

A Univision reporter broadcasted live via the station’s “Noticias Ya” Facebook page showing the blocked off streets on the Mexicali side from behind the U.S.-Mexico border fence, swinging his camera around to show the rear of the outlets behind OshKosh B’Gosh clothing store.

Both news sources reported the tunnel was discovered on Tuesday, Aug. 3, but ICE announced in a press release on Friday, Aug. 6, that the tunnel was found a day earlier in a joint operation between U.S. and Mexican federal officials.

ICE’s Homeland Security Investigations special agents, working with Mexican authorities made the find in a home near the fence on Monday, Aug. 2, according to the release.

“These types of tunnels enable drug traffickers to conduct illicit activities virtually undetected across the U.S.-Mexico border,” said Cardell T. Morant, special agent in charge of HSI San Diego. “Discovering and shutting down these tunnels deals a major blow to drug trafficking organizations because it denies them the ability to smuggle drugs, weapons and people across the border.”

The tunnel was approximately 4 feet by 3 feet and 183 feet in length and was dug some 22 feet beneath the ground, ICE reported.

HSI special agents and Mexican authorities determined that a drug-trafficking organization was responsible, the release states.

The tunnel’s entrance measured 12 feet by 10 feet and was equipped with electricity, ventilation, a rail system with a cart, and an electric hoist, according to ICE.

Video from Univision and photos in the El Heraldo de México show the Mexicali entrance as being in a cordoned off building or home on Calle Tepic, specifically a property marked No. 9, with the tunnel burrowing beneath Avenida Internacional, which is the main road running parallel to the border fence.

According to the Herald, a contingent of the Mexican Army and the state Security and Investigation Guard (GESI) worked the southern side of the tunnel.

“Members of the Mexican Army and the GESI set up a perimeter fence in the building, and gave notice to the Attorney General’s Office (FGR) to initiate the corresponding investigations,” according to the Mexico City paper.

“On the American side, authorities from the United States Drug Enforcement Administration (DEA) took over that part of the passageway,” the Herald report continued.

ICE never identified the DEA as being involved, only Homeland Security Investigations. However, DEA and HSI have been known to work jointly on operations in Imperial County.

In recent years, at least seven “narcotunnels” have been located in the central part of Mexicali, according to El Heraldo de México.

This is an ongoing HSI-led investigation with assistance from the El Centro Sector Border Patrol and the Mexican government, which HIS San Diego officials thanked for its cooperation in this investigation, the release stated.

ICE stated that law enforcement often relies on the public’s assistance in identifying the location of tunnels, and anyone can anonymously report suspicious activity to the Tunnel Task Force at 1-877-9TUNNEL (1-877-988-6635). 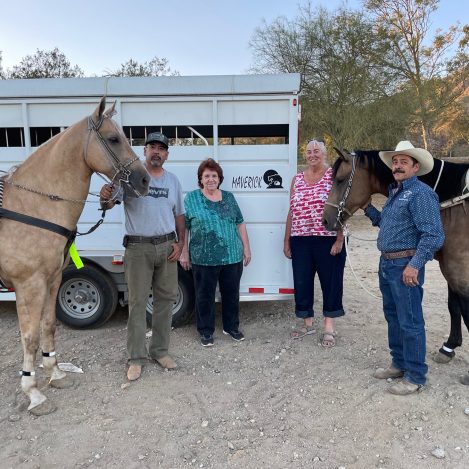