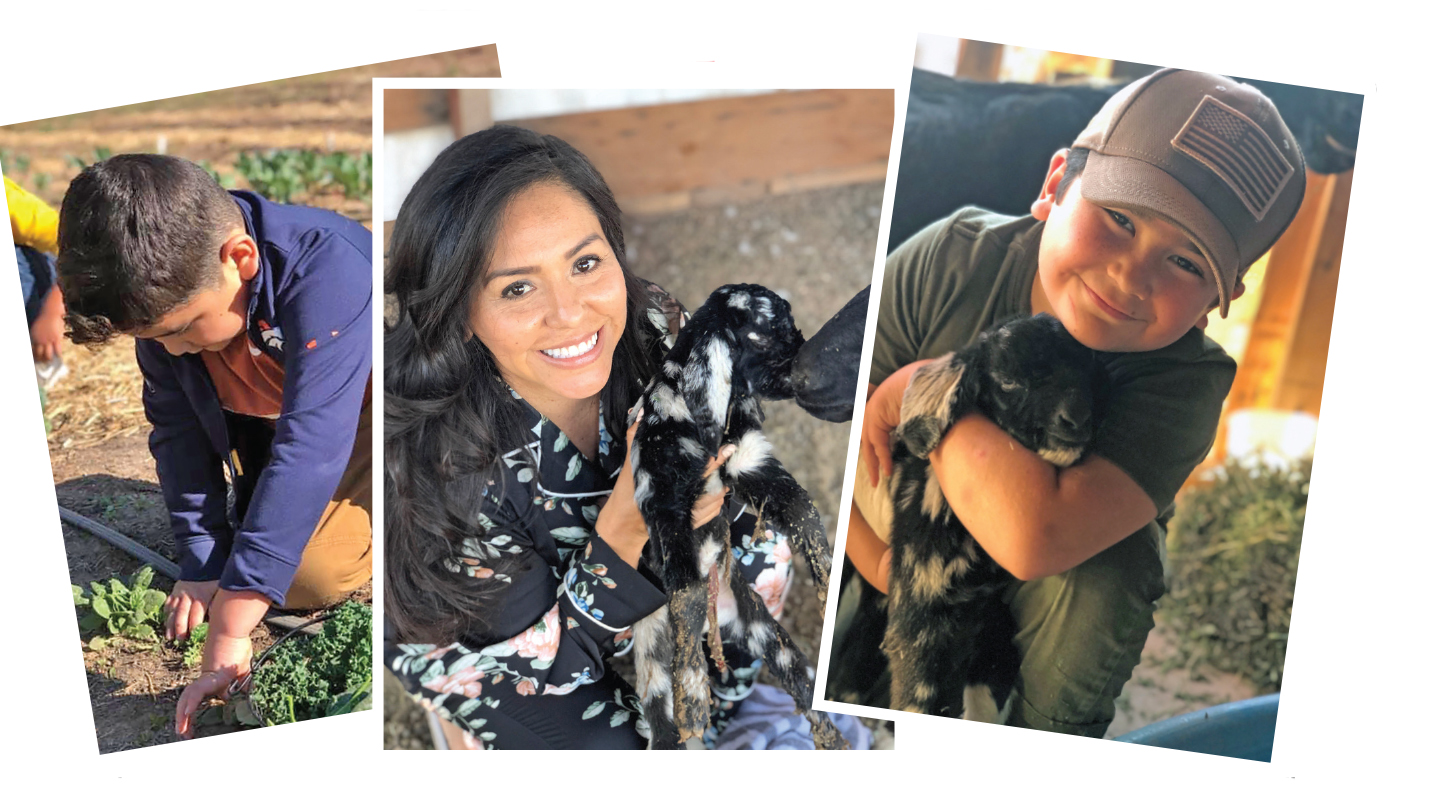 Priscilla Estrada (center photo) holds some of the family’s chickens on its Blessed Roads Homestead farm east of El Centro, while her son works in the garden (left) and holds a goat (right). The family’s home and all of its possessions were lost in a fire on Sunday afternoon, Aug. 1. | PRISCILLA ESTRADA PHOTOS
In AgricultureFeatured StoriesRegional News

Military veterans Manuel and Priscilla Estrada purchased their home on Parker Road with the intention of having a ranch full of animals on a wide-open lot, where the eight-member clan could sell their livestock and farm-fresh eggs from their chicken coop and grow vegetables in the garden.

It was to be a charmed life, indeed, with Priscilla home-schooling her six children, who range in age from 10 months to 17 years, as they divided their time between educational and agrarian pursuits.

Yet that dream nearly turned into a nightmare on Sunday afternoon, Aug. 1, when a fire broke out at their homestead about two miles east of El Centro just off Gillett Road.

The fire destroyed their home, a recreational vehicle, a family pickup, a shed, and left the family of eight with only the clothes on their backs. Some of the children were not even wearing shoes when they ran from the home.

“It’s just amazing that we are alive, and we’re just thankful for our church,” Priscilla Estrada said during an interview on Tuesday, Aug. 3, while staying at the home of a fellow congregant of First Christian Church in El Centro.

“We just feel so loved. My girls are, you know, in constant tears because they remember what happened. And then people (from our church) show up to take the girls out or for ice cream, and they’re happy tears,” added the Texas transplant by way of Oaxaca, Mexico. “It’s a roller coaster of emotions, for sure.”

It’s been a painful time for the family, whose daughters, Athalia, 12, Bella, 14, and Selena, 17, have been deeply affected by the loss. For Priscilla and Manuel’s sons, 6-year-old Malachi, 7-year-old Manuel Jr., who goes by “Macho,” and baby boy Matthias, who is 10 months, the trauma doesn’t appear to be as severe.

Fortunately, Priscilla Estrada said, the family can rebuild and none of their treasured animals were hurt.

They do sell the animals for meat, but the family has still grown attached to them. The pens and coops on the property are in working order and were not touched by fire, so their 18 goats, 30 chickens and four pigs remain comfortable at home.

It’s the humans who are struggling at the moment, and it’s their church family that has so far come to the rescue, with different pockets of the congregation helping out in different ways.

Although the family home and vehicles were insured, Priscilla said there is an uncertainty to the process on when and how they will rebuild.

But the Estradas are known for being active and giving within the First Christian Church community, so reciprocation was a natural.

“The Estrada family has been serving here for quite some time, as a whole family, and I got to know Priscilla. She is also a leader in our childcare center,” said Tanya Hernandez, who is director of the First Christian Church Childcare Center and preschool and director of the children’s ministry.

Hernandez and her staff have coordinated a more personalized approach to collecting donations for the family. Each child has a bucket at the preschool with their name and age, with the idea that age- and gender-appropriate giving will occur.

“Instead of just a trash bag full of items,” Hernandez said on Tuesday, the buckets allow one of the 6- or 7-year-old boys, for example, to get a car or an action figure, while one of the older girls might get something more aligned with a tween or teen’s interests.

There is also a jar in the center of it all for donations for gift cards for meals or other needed items, she added.

While Manuel is a local law enforcement agent and U.S. Army reservist with the rank of master sergeant, who’s in line for sergeant major, Priscilla said, six kids on a law enforcement salary while awaiting an insurance company to act could be tough.

Rising ECA Could Have Been Worse, IID Officials Say

As such, family members also have a GoFundMe account set up that had raised some $28,270 as of Saturday, Aug. 7.

“We’re just so thankful that people are pouring out their love in the community, (this is) such an amazing community,” Priscilla said. “I’m from Texas, my husband, Santa Barbara, and one of the reasons we don’t want to leave Imperial Valley is because we know that this community comes together, in the hardest of times, and we just love this community.”

The Estrada family’s arrival in the Valley has been an odd one. They got her from Washington state in 2009 for Manuel’s job and bought the property a few years ago to start their farm. But the close-knit clan would close up Blessed Roads Homestead, sell off their livestock and move to other side of the world — to South Korea — when Manuel received an extended deployment with the Army Reserves.

Priscilla is also a U.S. Army veteran, and while she loved her time in the service where she met and fell head over heels for Manuel, this Oaxacan native grew up without a mother and knew that she wanted a large brood of her own.

In fact, she was pregnant with baby Matthias while her and five other children were in Korea. They just returned to the Parker Road ranch in September 2020.

That’s another reason why this fire has been so devastating; they practically just settled back in.

With six children to watch over and a military background, Priscilla was organized and prepared for what went down on Sunday afternoon.

“You know, a mom with six kids, your mind races in different directions, and you have all these scenarios: ‘What if this happens?’ ‘What if that happened?’” Priscilla explained. “With my husband (sometimes) gone in training or work overseas, we think about these scenarios, and this was the best worst-case scenario.

“We were able to get out just like our fire drills. We do fire drills, because, you know, I have a lot of little people I’m in charge of,” she said. “When they hear the key word, they know to go to the road.” 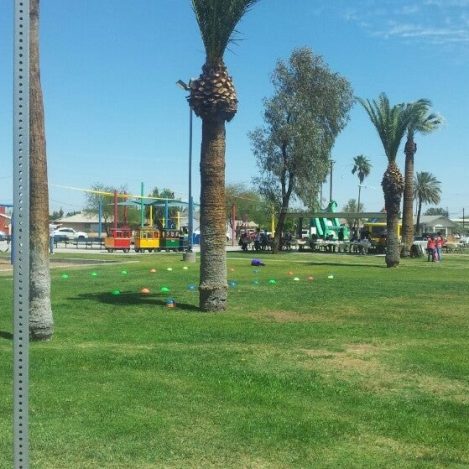