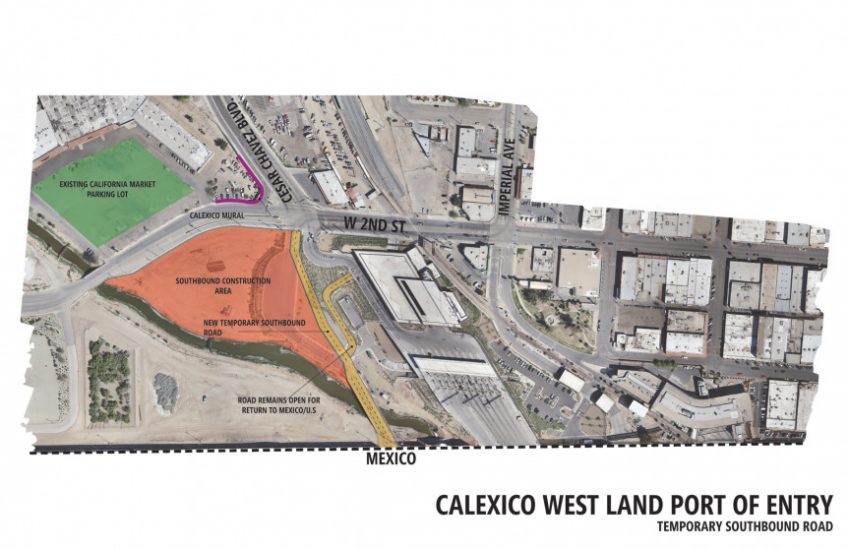 CALEXICO — The General Services Administration announced a minor modification to the temporary route that detours southbound private vehicle lanes at the Calexico West Port of Entry beginning Friday, July 30, at 3 a.m. until June 1, 2022.

The approach to the current temporary roadway will remain the same, at the intersection of West Second Street and Cesar Chavez Boulevard. However, vehicles will turn west (right) before returning to the temporary roadway, according to the GSA.

The modified temporary reroute is necessary to accommodate the construction of canopies and vehicle inspection booths on the permanent northbound private vehicle lanes roadway from Mexico.

During this construction phase, the temporary lane configuration will be the two easternmost lanes entering the existing southbound road, opening back to three lanes onto the bridge across the New River. The location of the return to U.S. lane will be accessible via the easternmost southbound lane just before the bridge, the GSA stated.

Previous
A Children’s Book with A Porpoise 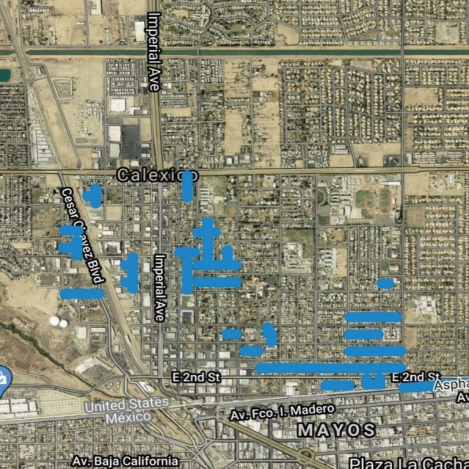